United States & Pakistan can work together to destroy ISIS: Pakistan’s Ambassador to US 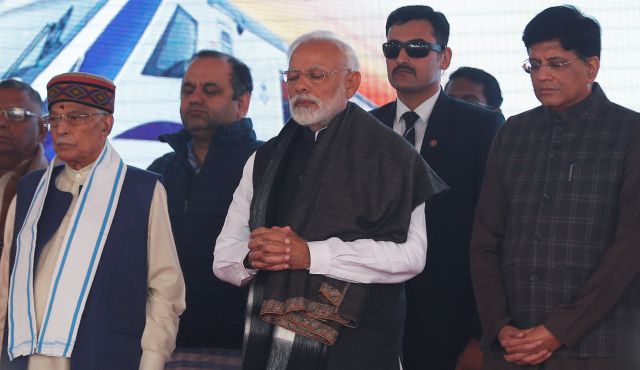 Pakistan’s newly appointed ambassador to the United States, Aizaz Chaudhary, has called for greater cooperation between Trump administration and Pakistan to nip in bud the evil of Islamic State (IS) from Afghanistan. He said that during his interview with APP.

Many analysts view that targeting ISIS in the region can be a common ground for both the US and Pakistan. Recent senate testimonies by senior US military officers support this view.

Many analysts view that targeting ISIS in the region can be a common ground for both the US and Pakistan.

The ambassador expressed hope that the two sides would work together to bring about stability and peace in the war-ravaged Afghanistan. The precarious security situation in Afghanistan has always had spillover effects over Pakistan. “We have suffered in the past from instability in Afghanistan,” he further added. He said collaboration in the past between the two states had yielded positive outcomes in the fight against terrorist groups.

Underlining the significance of the bilateral US-Pakistan relationship, he said, ““The US remains one of our most important relationships in terms of trade, economy, defence, energy, health, education, and culture.” He added positive engagements between the two sides would be in the mutual benefit of the both states.

Read more: US encourages Pakistan Afghanistan talks and reconciliation with Taliban looks on the cards

“The US remains one of our most important relationships in terms of trade, economy, defense, energy, health, education, and culture.”

Chaudhry said: “One area where the two countries have cooperated closely in the recent past is the shared desire to defeat the menace of terrorism. Our partnership has helped to defeat al Qaeda.” He further added that Afghanistani soil provides both countries with a common ground of working together.

Ambassador highlighted in his first interview on the new appointment, that he hopes to bring the two sides together to strengthen their relationship even further.

He explained that both, Donal J. Trump and Nawaz Sharif have a business background and the two countries can benefit from the strong economic relations.

Our partnership has helped to defeat al Qaeda.” He further added that Afghanistani soil provides both countries with a common ground of working together.

When questioned about US lawmakers and their reservations about Pakistan fighting terrorism, he commented that their viewpoint regarding Pakistan had changed for the better. He also said that Pakistan had been successful in weakening terrorist networks and undermining considerably their capability to launch massive attacks. He said Pakistan had an unwavering commitment to fight terrorism in all its forms and shap

“We are now consolidating through a new military operation Radd-ul-Fasaad, which is meant to search and eliminate terrorists hiding in our society,” Pakistan’s Ambassador

Chaudhry further highlighted that he will do everything in his power to present a positive side of Pakistan to the world. He also said that: “We will also welcome US legislators to visit Pakistan and see for themselves the new, stronger and prosperous Pakistan,”

Destruction of Al-Nuri mosque and the death of history