Unlike Trump, JFK didn’t bend the knee to US Establishment 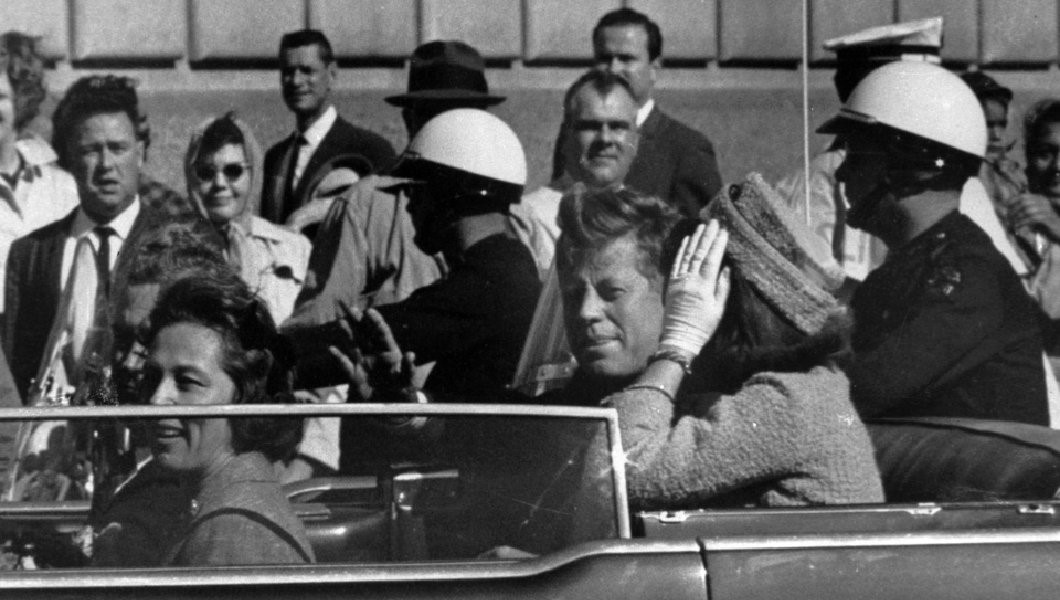 Like President Trump, President Kennedy was subjected to the same type of pressure by the Pentagon and the CIA to engage in military action overseas. Unlike President Trump, however, Kennedy stood his ground and refused to succumb to the will of the national-security establishment.

In fact, Kennedy is the only president in the post-World War II era who has stood up to the demands of what President Eisenhower called the “military-industrial complex.” After the CIA’s regime-change debacle at the Bay of Pigs in Cuba, Kennedy never trusted the CIA again. It didn’t take long for him to have the same sentiment toward the Pentagon.

Like the CIA, the Pentagon was obsessed with regime change in Cuba. The national-security establishment was convinced that the United States would cease to exist with a communist “dagger” pointed at it from only 90 miles away. In the eyes of the Pentagon and the CIA, there was only one thing that could be done to save America — oust the communist regime in Cuba and replace it with a pro-U.S. dictatorship, much like the Batista regime that Fidel Castro had ousted from power in the Cuban Revolution.

The Pentagon understood the political and diplomatic problems associated with initiating a military attack against another country, especially one that had never attacked the United States or even threatened to do so. After all, that’s what Japan had done with its undeclared surprise attack on U.S. forces at Pearl Harbor, an act that U.S. officials had vehemently condemned.

If Kennedy had succumbed to the pressure by ordering a bombing attack or an invasion, it is a virtual certainty that the result would have been an all-out nuclear war between the Soviet Union and the United States

The CIA had tried to get around that problem with its Bay of Pigs invasion by trying to make it look like the invaders were simply an independent group of Cuban exiles rather than trained agents of the CIA.

The Pentagon got around the problem by coming up with a plan that would make it look like Cuba had started a war with the United States and that the United States was simply acting in self-defense. That’s what Operation Northwoods was all about. Unanimously approved by the Joint Chiefs of Staff, the plan called for terrorist attacks to be carried out here in the United States and for hijackings of American planes.

Here is the kicker: The terrorists and the hijackers were going to be CIA agents who would be posing as communist agents of Fidel Castro. Under the plan, Pentagon and CIA officials, as well as President Kennedy, would exclaim, “Our country has, once again, been hit by a surprise attack, this time by Cuban communists who have attacked our nation and killed innocent Americans. We have the right to defend ourselves by invading Cuba and effecting regime change there.”

To Kennedy’s everlasting credit, he stood up to the national-security establishment’s pressure, remained true to his convictions, and said no to Operation Northwoods. The Pentagon and the CIA also presented a plan to Kennedy that proposed a surprise nuclear attack on the Soviet Union. It was to be a “preventive war” much like the one that some people today are recommending Trump initiate against North Korea.

When Kennedy asked the Joint Chiefs how many Americans would be estimated to die even given the limited amount of nuclear retaliation, they responded around 40 million, which would, in their eyes, mean that the United States would come out the winner because everyone in Russia and the rest of the Soviet Union would be dead.

Kennedy stood up to the Pentagon and said no. After he left that particular meeting, he indignantly remarked to an aide, “And we call ourselves the human race.”

United States would be able to knock most of the nuclear retaliatory capability of the Soviets, leaving only a few nuclear missiles that would likely be able to reach the United States

During the Cuban Missile Crisis, the Pentagon and the CIA were exerting enormous pressure on Kennedy to bomb and invade Cuba. In their eyes, the crisis presented them with the opportunity they had been waiting for — a justification for invading Cuba to destroy the Soviet offensive missiles that were being installed on the island — missiles, they were convinced, that were intended to initiate an attack on the United States.

Kennedy resisted the pressure and said no. Instead, he struck a deal with the Soviets in which he agreed that the Pentagon and the CIA would never invade Cuba in return for the Soviets’ withdrawal of their missiles. Additionally, Kennedy secretly agreed that the United States would withdraw its nuclear missiles in Turkey that were aimed at Russia and the rest of the Soviet Union. The national security establishment was livid, believing that Kennedy’s resolution of the crisis to be one of the worst defeats in U.S. history and leaving U.S. national security permanently threatened.

Read more: The only solution to america’s healthcare woes

It’s a good thing that Kennedy refused to succumb to the Pentagon’s and CIA’s pressure to bomb and invade Cuba during the Cuban Missile Crisis. Unbeknownst to the CIA, the Soviet commanders on the ground had fully armed nuclear missiles and had been given battlefield authority to fire them in the event of a bombing attack or an invasion by U.S. forces. If Kennedy had succumbed to the pressure by ordering a bombing attack or an invasion, it is a virtual certainty that the result would have been an all-out nuclear war between the Soviet Union and the United States.

With his decision to surround himself with generals and, now, his flip flop on Afghanistan, it is painfully clear that President Trump has been absorbed into the national-security establishment and snow bending to its will. That’s too bad. But hey, maybe Trump is smarter than we give him credit for. Look at what happened to Kennedy.