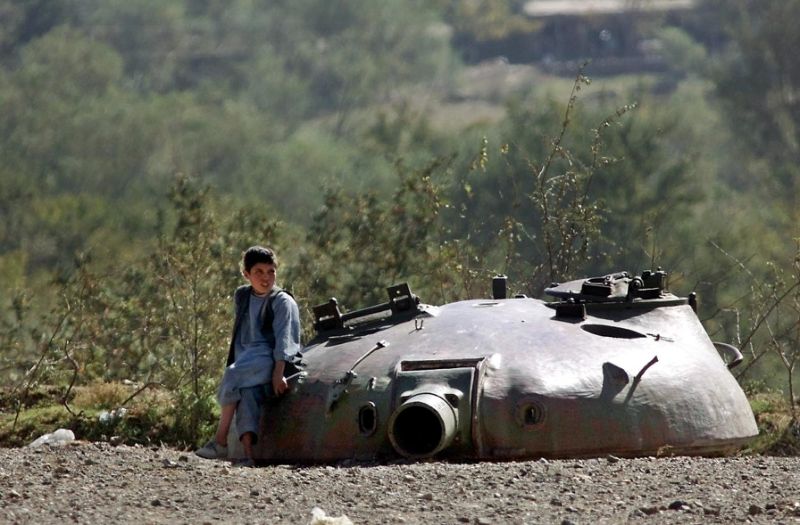 Russian veterans want to ban a film about Soviet troops in Afghanistan they say is “unpatriotic,” while the director insists it is an honest account of a disastrous conflict. “Brotherhood” is distributed by the local arm of Walt Disney and is sharply different in tone from recent patriotic war blockbusters.

Shot by renowned Russian director Pavel Lungin, it shows Soviet soldiers getting drunk and looting during the chaotic final months of the Soviet-Afghan war. The conflict with the Mujahideen lasted from 1979 to 1989 and led to the deaths of more than 14,000 Soviet soldiers.

The controversy over the film comes shortly after the 30th anniversary of the Soviet withdrawal in March.

The movie’s release date was set for May 9, a public holiday when Russia celebrates victory over the Nazis in World War II with a massive military parade on Red Square.  But this is now uncertain after protests from veterans and relatives of those killed in the war, who say the film insults those who fought.

The movie is a “classic example of mud-slinging Russophobia,” wrote Boris Gromov, the former commander of the main Soviet contingent in Afghanistan, in a letter to the culture ministry, which controls cinema releases.

Read more: US does not want an end to Afghan war

“Brotherhood” depicts Soviet troops as “a rabble of degenerates, thieves, swindlers, murderers and scoundrels,” complained Gromov, the head of an association of more than 10,000 veterans, who is demanding the ministry deny permission for the film’s release.

Another former combatant, Igor Morozov, now the head of the Russian upper house of parliament’s culture commission, told AFP that Lungin “has made an unpatriotic film that deters young people from serving in the army.”

The film “shows our troops looting caravans, fighting and drinking on every street corner,” he complained, saying it “sullies the memory of Soviet dead” and “damages the country’s image.” The war ended with Moscow’s humiliating withdrawal from the country and was denounced even by Soviet leadership at the time as a foreign policy blunder.

Russia’s culture officials have massively stepped up efforts to fund and promote cinema that positively depicts Soviet history including World War II. Other recent state-funded pictures have highlighted sporting triumphs and the space race, and have put a positive spin on the annexation of Crimea.

Last year the culture ministry banned British director Armando Iannucci’s black comedy “The Death of Stalin”. And this year the director of a Russian comedy set during the World War II Siege of Leningrad opted to release his film online rather than apply for a cinematic release, after it prompted outrage from lawmakers.

“Brotherhood” director Lungin told AFP that he was “shocked by this new type of censorship from below” — led by influential veteran groups rather than culture ministry officials. “I wanted to make an honest film for young people so that they could identify with those guys who were lost in the middle of the war,” he said.

The war ended with Moscow’s humiliating withdrawal from the country and was denounced even by Soviet leadership at the time as a foreign policy blunder.

Lungin stressed the fact that the idea for the film came from a former director of Russia’s security service, Nikolai Kovalyov, who was involved in episodes of the conflict. Shortly before his death aged 70 this month, Kovalyov “congratulated me on the result and gave his blessing to the film,” said Lungin.

“We have to stop glorifying our history and start talking about the wounds left by the wars in Afghanistan and Chechnya.” The controversy over the film comes shortly after the 30th anniversary of the Soviet withdrawal in March.

Some former combatants have attempted to recast the painful historic episode as having been justified by the interests of national security.

Iraq sentences 19 Russian women to life for joining IS