Unreleased episodes of Game of Thrones may hit the internet soon. 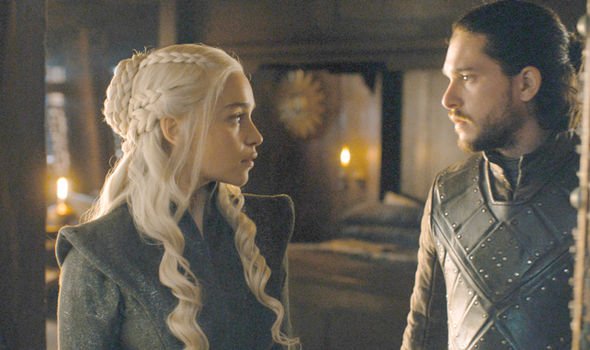 HBO revealed on Monday that its network was victimized by a cyberattack, and media reports said the hack resulted in the leak of a script of the popular series “Games of Thrones” and content from other productions.

A statement issued by the Time Warner-owned TV group said a “cyber incident” resulted in “the compromise of proprietary information,” and that the company had informed law enforcement and were consulting with outside cyber security firms.

Some media journalists received emails from an unidentified address boasting of the breach and proposing possession of unaired content from “Game of Thrones.”

The statement did not specify the content that was compromised, but several media outlets have reported that hackers obtained the script of a new episode of the award-winning fantasy series as well as unaired episodes of two other programs, ‘Ballers’ and ‘Room 104.’

“Any intrusion of this nature is obviously disruptive, unsettling and disturbing for all of us. I can assure you that senior leadership and our extraordinary technology team, along with outside experts, are working round the clock to protect our collective interests. The efforts across multiple departments have been nothing short of herculean,” HBO chief Richard Plepler said in a memo to staff.

Some media journalists received emails from an unidentified address boasting of the breach and proposing possession of unaired content from “Game of Thrones.”

The hack has sparked a flurry of online speculation about unaired episodes being leaked online before their scheduled release. Threads on reddit suggest that the episodes may be released as torrents if the hackers are not paid off by HBO. It is rumored that HBO is currently trying to negotiate a deal with the hackers.

In 2015, a similar incident happened when episodes from the 5th season of the hit series were leaked online.