'We are determined to press for accountability for every person who was responsible,' State Department tells reporters. 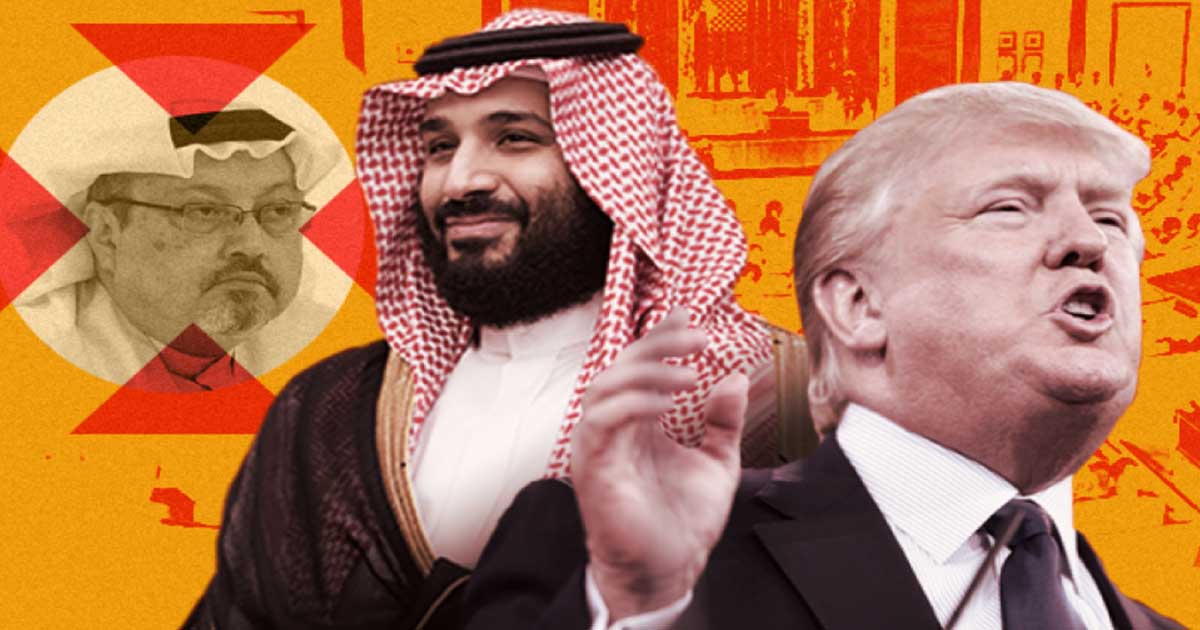 The US said Wednesday it is “closely” appraising a UN report that said the murder of Washington Post journalist Jamal Khashoggi was an extrajudicial killing for which Saudi Arabia is responsible.

Maybe he did and maybe he didn’t! If we abandon Saudi Arabia, it would be a terrible mistake

Officials from the State Department met with Callamard “at her request” to discuss matters that included Khashoggi’s killing, the spokesman said.

“We are determined to press for accountability for every person who was responsible,” he added.

In the report, Callamard, the UN special rapporteur on extrajudicial, summary or arbitrary executions, said she found “credible evidence” to further probe Saudi officials’ individual liability in the Khashoggi killing at the Saudi Consulate in Istanbul, including Crown Prince Mohammed Bin Salman.

US protecting its ally even in the face of murder charges

President Donald Trump and his top officials, however, have sought to shield bin Salman from responsibility for Khashoggi’s grisly murder last October, insisting Saudi Arabia is a critical ally.

“Maybe he did and maybe he didn’t!” Trump said in a statement.

“If we abandon Saudi Arabia, it would be a terrible mistake,” he added.

Khashoggi’s fiancée Hatice Cengiz penned an op-ed in the NYT: "Trump has tried to look the other way" https://t.co/CSXkcjy6oE

Among its other recommendations, the UN’s report calls for the FBI and UN secretary general to launch criminal investigations into the murder of Khashoggi, who was a US resident.

Read more: The Khashoggi crisis: (Re)Shaping US politics and relations with Saudi Arabia

Khashoggi was killed and dismembered by a group of Saudi operatives shortly after he entered the country’s consulate in Istanbul last Oct. 2.

Riyadh offered various, conflicting narratives to explain his disappearance before acknowledging he was murdered in the diplomatic building, while seeking to shift blame for his death on a botched rendition operation being carried out by rogue agents.

Real reason why Turkey is not calling for an Investigation into the chemical gas attack in Syria?