Antonio Patriota, Brazil’s ex-Foreign Minister explains his country’s perspective on the possible expansion of the UN Security Council; something that concerns us - the Pakistanis.

GVS Managing Editor sat down with Antonio Patriota, the Ex-Brazilian Foreign Minister and former Permanent Representative of Brazil to the United Nations, at Salzburg Forum, at the beginning of September, to discuss the possible expansion of the UN Security Council, which has been a long-standing demand of India and Brazil.

GVS raised questions about its implications for other countries like Pakistan whose national interests may suffer because of intractable challenges with India. The following was discussed:

Read more: ‘Pakistan sixth largest country in the world cannot be ignored by the US: GVS exclusive interview with Robin Raphel

GVS: Why do you think reforms in the United Nations Security Council are important?

Antonio: Well, I am not the only person who thinks that. There was a decision that dates back to the 1990s, in fact after the first Gulf War. It reflected a United Nations consensus that the existing structure of the security council was no longer reflective of the geopolitical dynamics of the world and the general membership of the United Nations.

This was also after the demise of the Soviet Union and the fragmentation of former Yugoslavia. As the number of new UN members increased, with the UN membership coming close to 200, it was felt that a 15-member Security Council with the same 5 permanent members since 1945 was no longer representative of the international community. There has been an ongoing discussion on this now for about 25 years. 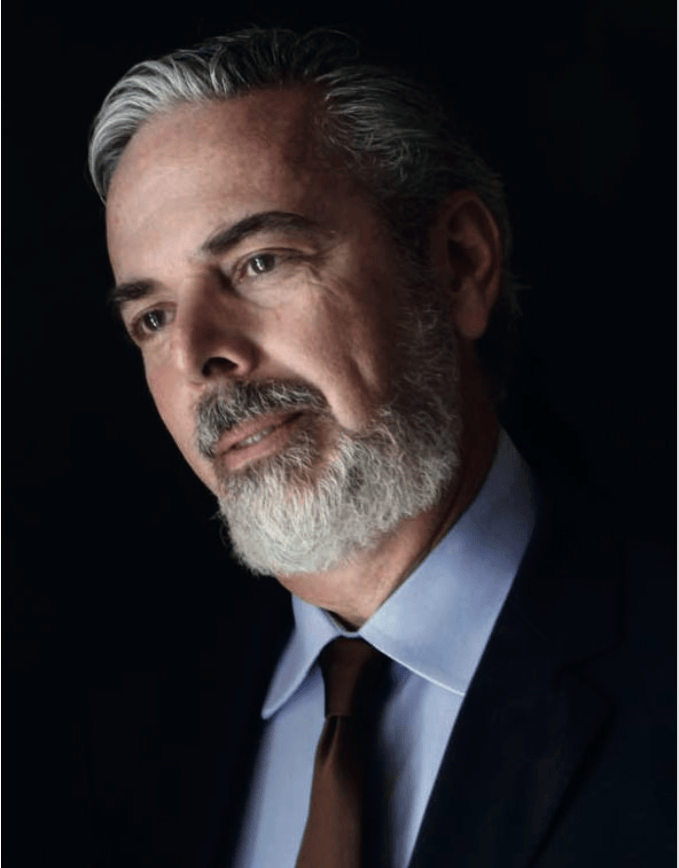 More recently, during the 2005 Summit, there was a decision taken at the highest levels by all heads of states, including Pakistan and Brazil, to the effect that reform of the Security Council is a matter of urgency. We are now in 2017. This sense of urgency hasn’t been taken seriously by everyone.

GVS: Precisely, it has been almost 26 years since the matter was first raised at the UN and some people say that this call for reform is only political posturing on part of countries like India and Brazil. They say so because Article 108, requires ratification of any new seats or changing of seats from US Congress, Russian DUMA, and all other countries; it is not going to happen so it’s just political jostling.

Antonio: I don’t share this opinion and I’ll explain to you why. Membership was around 50 in 1945 and up to 100 after the decolonization of Africa. So by the early 1960s, the UN membership had doubled. This is after a similar movement took hold in the UN proposing that the membership should be expanded, and it did increase from 11 to 15 members.

Subsequently, all the national parliaments ratified the amendments. So, I don’t think one should be deterred by such speculation because when political reality sets in and public opinion are convinced and persuaded that the existing structure needs to be upgraded and adjusted, governments respond.

GVS: What will the permanent members gain by diluting their own power and why will they cooperate?

Antonio: I don’t see it as diluting their own power because you will be increasing the legitimacy of the decisions taken by the Security Council. Today, there is a sense that Security Council is stuck in the Cold War. When the representatives speak, they are either for or against the Russian or the American positions.

The world is becoming much more plural than that. You have much more worldviews, a plurality of influential actors. To have them play a bigger role in the Security Council will help generate the kind of legitimacy, that in turn will make the international community respect more the decisions that are taken by the Security Council. This is in our individual and collective interest.

GVS: It is being said that the new members of the Security Council will not have the veto power as it currently stands. Then why not just expand the non-permanent members from 10 to 20 or even 25?

Antonio: First of all, the position that Brazil and the countries which we coordinate with is that we should defer a decision on the veto. So countries such as Brazil and others who favor expansion in both categories consider that perhaps at a later stage, we can decide on the veto.

But from the Brazilian perspective, as I am speaking only for Brazil, the real issue is permanence. We are the developing country that has sat for the greatest number of 2 year periods in the Security Council (10 times in all, so that makes up 20 years in total).

What we have discovered is that as you acquire the knowledge, the know-how, the kind of self-assurance required to really influence the negotiations that lead to resolutions, Presidential statements, and in some cases the adoption of sanctions, then your time is up. Meanwhile, the permanent members accumulate experience and strengthen their position.

GVS: A possible expansion of the Security Council unnerves the Muslim World with fears that their voice would reduce further. What’s the solution to address their insecurities?

I think, indeed, it would be very desirable to have a new permanent member of the Muslim community of nations.

GVS: Religion is not the issue in the west but most of the member countries are Christians anyway so from that point of view it’s not a question for them. But 1.5 billion Muslims are often seen, especially in the last quarter-century, as a problem by the international community. People who do not properly engage in the constructive fashion and Muslims do not have a model state unlike the United States for the Christian World?

Antonio: I do not subscribe to the view that Islam is a problem in itself or that Islamic countries should be viewed with some kind of suspicion. On the contrary, Islamic countries have been responsible UN members and helped to develop platforms for cooperation in a variety of areas.

Brazil has been a very strong critic of Islamophobia in a variety of venues, Human Rights Council, UN General Assembly and etc. I think we need to work together, Muslim and Non-Muslims countries to deconstruct these kinds of stereotypes.

GVS: When you talk in terms of new ideas or when you only look at the world in terms of member states, then maybe one Muslim country, say Turkey, can become a member. Let’s put it this way, but there are so many other problems. Maybe, all the Muslim countries might address their problems via Turkey. This is perhaps some sort of lateral kind of “out-of-box” thinking?

Antonio: Well I have been a great admirer of the intellectual argumentative capacity of countries like Pakistan, India, and Bangladesh, and there has been a Bengali Nobel Prize Winner, Amartaya Sen – he wrote a book “Identity in Violence”. I find the ideas in the book very interesting. When you define yourself in terms of a single identity this actually generates more tension.

So, for example, Pakistan is a Muslim country. It’s also an Asian country. It is also a democracy. Moreover, it is a country with a variety of Muslim traditions. In the UN, each country should take advantage of a variety of identities.

Brazil is a predominantly Catholic country, but it is also a South American country, it is a country in the South, and it is also a member of BRICS, it is also a denuclearized country. All of these identities are important.

GVS: Let’s look at BRICS, BRICS is the combination of Brazil, Russia, India, China, and South Africa, while its four members out of the five have no dispute with Pakistan, but India with its ongoing problems with Pakistan has been using the platform of BRICS to target Pakistan. Pakistan thus has its specific fears, regarding UN security council expansion, if India gets the veto power in the United Nations, this power can be used against Pakistan in the Security Council. I am talking about these kinds of specific concerns where there are side effects…

Antonio: I appreciate the complexities of the security situation in the Subcontinent where Pakistan is located. We have diplomatic relations with every single UN member. So we try to understand the security concerns of our different partners.

The real issue is the following: if we do not reform the Security Council and allow the paralysis to continue for many more years, we run very serious risks of collapse in the collective security system. This will be detrimental to all countries and regions.

GVS: Brazil is an important member of BRICS along with China. But now China is extremely active in the form of the One Road One Belt project, and the first important component, CPEC, is passing through Pakistan, how do you look at that?

Antonio: This is a significant infrastructure project that will generate peaceful economic activity and job opportunities for Pakistanis. We view it as a perfectly legitimate and interesting proposition…

GVS: BRICS hasn’t grown up – as much as it was expected. If we see the recent surveys and the Time’s report, the way the BRICS potential had as promised in the early 1990s. Hasn’t it got close to that potential?

Antonio: That depends on your viewpoint. Jim O Neil, who invented the BRICS acronym, gave an interview in connection with the BRICS summit recently in China saying that the overall GDP of BRICS had surpassed his predictions for 2017.

We have to contextualize. The BRICS acronym was invented by an economist. The summits have only been taking place since 2009. There is no pretense to coordinate on every single item of the international agenda. The focus is mostly economic, financial, and business. Politics has come in more recently. If you view our voting pattern at UN or in the Human Rights Council in Geneva, for example, we do not necessarily coincide.

Still, as a platform, it remains as significant and relevant as it did when it started out and is translating the affinities that do exist into some concrete projects; look at the New Development Bank. Look at the facility for dealing with foreign exchange shortages and so forth. They are very significant.

This GVS discussion took place at Salzburg Forum, in Austria, in the beginning of September. Mr. Patriota has been Brazil’s Foreign Minister, he later served as Brazil’s Permanent Representative at the UN and is currently Brazil’s Ambassador to Italy and is based in Rome.

Previous article
A Meeting on Christmas Night Dacca, 25 Dec 1962
Next article
How Pakistan & Saudi Arabia had defeated Soviets in Afghanistan

US Denounced the Burning of the Quran in Sweden

US tanks will be ‘destroyed’ in Ukraine – ambassador