Upcoming US President: Policy Towards the Gulf Will Change Regardless

Irrespective of who wins the primaries and the election, one thing is certain: the next American leader will preside over fundamental changes in the US military commitment to the Gulf and what a new regional security architecture will look like. 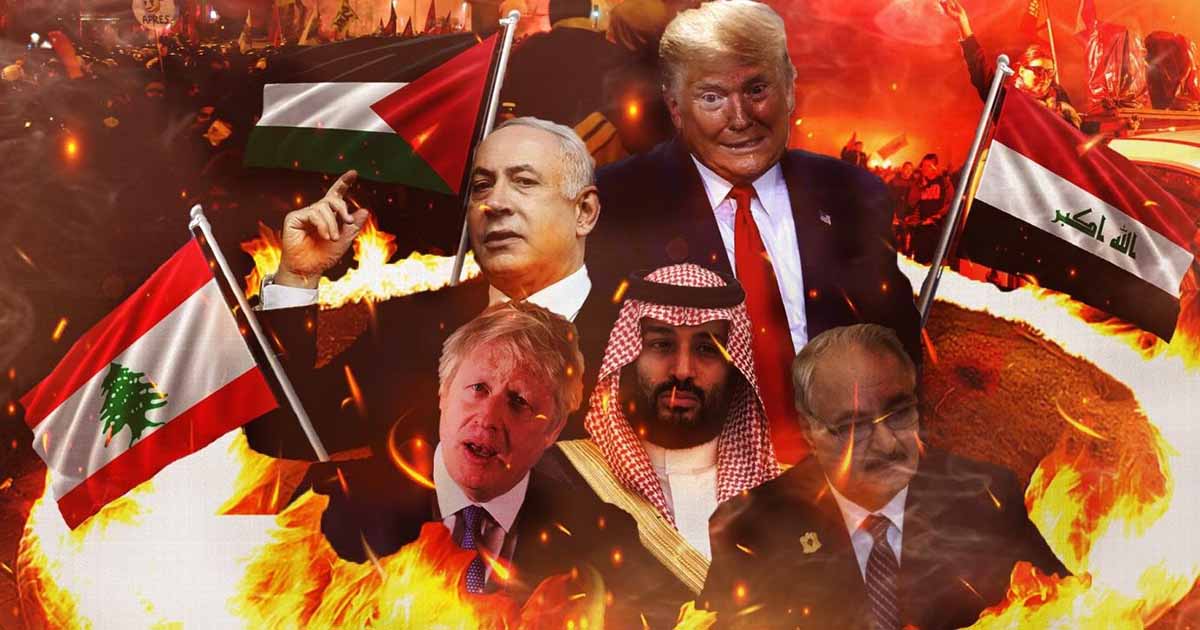 The fight in this week’s Democratic primaries may have been about who confronts Donald J. Trump in November’s US presidential election, Bernie Sanders or Joe Biden. But irrespective of who wins the primaries and the election, one thing is certain: the next American leader will preside over fundamental changes in the US military commitment to the Gulf and what a new regional security architecture will look like.

No doubt, a President Sanders, based on his electoral campaign promises, would likely oversee the most fundamental shift in US policy towards the Gulf and the rest of the Middle East in decades.

Yet, even if Mr. Sanders fails to become the Democratic candidate in the November election, or loses to Mr. Trump, significant elements of his thinking are certain to be at the core of the next administration’s policy, reflecting a broader trend in US attitudes towards foreign engagements in general and the Middle East in particular.

The difference between the two men is that Mr. Trump, who lacks a policy vision that goes beyond slogans like “Make America Great Again” and “Why should the United States shoulder the responsibility of others?

It’s hard to think of anything that Mr Sanders and Trump would agree on. And even if there is something, like a reduced commitment to Gulf security, they would do everything to deny that there is any common ground.

Yet, that is perhaps the only thing they agree on.

However, the difference between the two men is that Mr. Trump, who lacks a policy vision that goes beyond slogans like “Make America Great Again” and “Why should the United States shoulder the responsibility of others?”, has no issue with repeatedly reversing himself and sees Saudi Arabia, the United Arab Emirates, and Israel as his guardrails.

Irrespective of whether one agrees with Mr. Sanders or not, or how realistic one thinks his vision is, it is beyond doubt that he has thought through a concept of what American policy towards the Middle East should be.

As a result, a Sanders presidency, viewed with apprehension by countries like Israel, Saudi Arabia, and the UAE, whom the Democrats’ most left-wing hopeful has targeted, could prove to be either the most constructive US government in changing the region’s political landscape or the most divisive and destructive.

As president, I will support the rights of both Israelis and Palestinians and do everything possible to bring peace and security to the region. 2/2

The changing landscape is likely to be driven by the US desire to reduce its military commitment and nagging Gulf doubts about US reliability.

Doubts that began with US President Barak Obama’s support for the 2011 popular Arab revolts and his nuclear deal with Iran and were later reinforced by Mr. Trump’s unpredictability and refusal to respond forcefully to multiple Iranian provocations, including last September’s attack on two key Saudi oil facilities.

Read more: Will there be ever a woman US president?

The killing in January by US drones of Iranian General Qassem Soleimani was seen by Gulf states as the welcome taking out of a feared and wily opponent but also as an operation that risked dragging the region into a full-fledged war.

Mr. Trump has further raised questions with his insistence that his withdrawal from the 2015 nuclear deal that curbed Iran’s nuclear program and sanctions-driven maximum pressure campaign are producing results.

As a result, a move towards a multilateral security architecture looks increasingly attractive given the regional uncertainty about the outcome of the US election and the fact that neither China nor Russia is willing or capable on their own of replacing the US as the Gulf’s security guarantor.

While Mr. Biden has ruffled few Middle Eastern feathers even though he is expected to hue closer to Mr. Obama’s approach, Mr. Sanders has raised alarms in Riyadh and Jerusalem with his campaign promise to re-join the nuclear agreement on the first day of his presidency even though, in theory, a return could facilitate achieving some kind of regional non-aggression understanding.

Read more: In US politics, height matters and Trump knows it

Such an understanding is at the core of Russian and Iranian proposals for a multilateral arrangement that would embed the current unipolar US defence umbrella that was designed to protect the conservative Gulf states against Iran.

The degree to which Mr. Sanders’ intention to revive the agreement with Iran facilitates a broader agreement or complicates a transition to a multilateral arrangement is nonetheless likely to depend on whether and how Israel, Saudi Arabia, and the UAE respond to Mr. Sanders’ policy.

The glass is half full or half empty on that count.

The Saudis, Emiratis, and Israelis were opposed to the original agreement.

Military disengagements from the Gulf

A sense in Riyadh and Abu Dhabi that Saudi and UAE interests had been ignored during the negotiations with Iran and that the US could no longer be fully trusted prompted them to embark on a series of reckless policies.

That perception of mistrust sparked the disastrous war in Yemen and persuaded them to forge close albeit informal ties with Israel, which views the regime in Tehran as an existential threat.

A Sanders administration that takes the Gulf states to task on human rights issues, and targets economic structures that enable the oil-rich states’ dollar diplomacy—even if it embraces Palestinian national rights—could convince them to do what it takes to counter the new president and thwart his initiatives.

By the same token, Mr. Trump’s perceived unreliability prompted the UAE and Saudi Arabia to reach out to Iran.

A progressive US military disengagement from the Gulf and Iraq, as well as a halt to support of the Saudi engagement in Yemen under Mr. Sanders, could blow new life into regional efforts to create an environment conducive to a rejiggered security architecture.

Said international affairs scholar Dania Koleilat Khatib: “Though some might see a Sanders presidency as causing more turbulence in the region, as he will likely let Iran loose, the chances are that he will lead a more multilateral approach, giving more space for the UN to resolve the conflicts in the region.”

Dr. James M. Dorsey is a senior fellow at Nanyang Technological University’s S. Rajaratnam School of International Studies, an adjunct senior research fellow at the National University of Singapore’s Middle East Institute and co-director of the University of Wuerzburg’s Institute of Fan Culture. The views expressed in this article are the author’s own and do not necessarily reflect Global Village Space’s editorial policy.

Previous articlePost-Nawaz Pakistan: The rise and fall of PML-N
Next article4000 visitors are quarantined at Taftan border

21 September 2021
Previous articlePost-Nawaz Pakistan: The rise and fall of PML-N
Next article4000 visitors are quarantined at Taftan border

Economic diplomacy is a good step but is government aware of what it takes?

Macron travels to Saudi Arabia as controversy over Harriri heats up