The United States is keen to end its longest-ever conflict, and under the terms of a deal signed in Doha last month has said all foreign forces will quit Afghanistan within 14 months 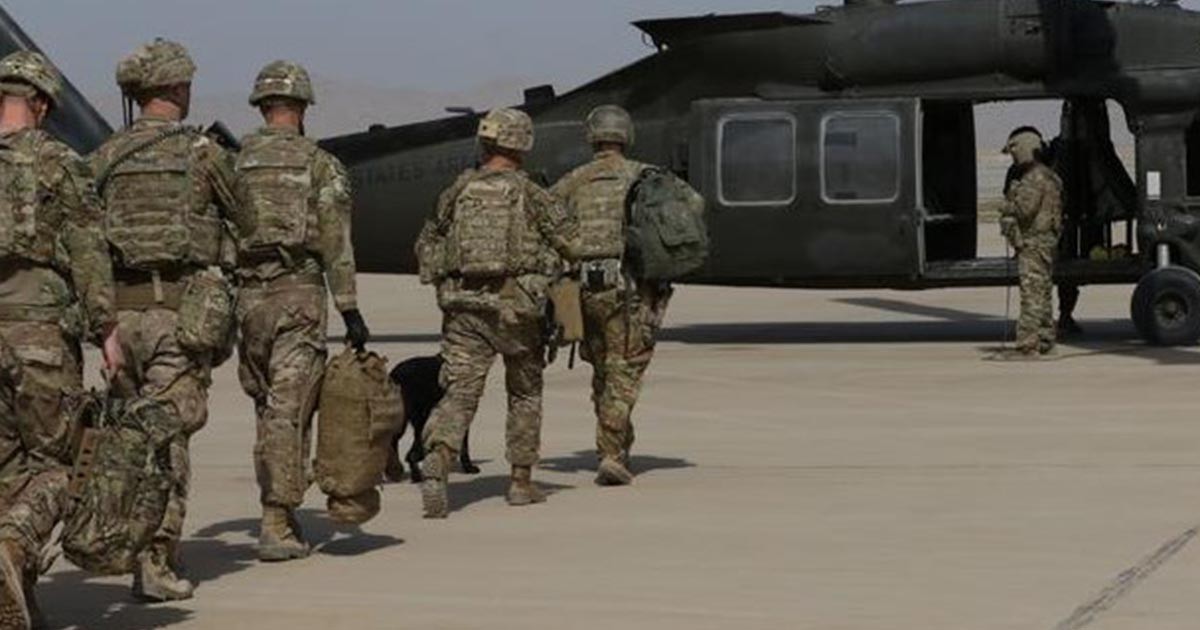 American forces have started pulling out of two bases in Afghanistan, a US official said Tuesday, the day peace talks between Kabul and the Taliban were due to start despite widespread violence and a political crisis.

The United States is keen to end its longest-ever conflict, and under the terms of a deal signed in Doha last month has said all foreign forces will quit Afghanistan within 14 months — provided the Taliban stick to their security commitments.

Under the accord, the US is initially supposed to cut its troop presence from about 12,000 currently to 8,600 by mid-July, and close five of its roughly 20 bases across the country.

Troops have started leaving one base in Lashkar Gah, the capital of Helmand province in the south, and another base in Herat in the east, a US official told AFP on the condition of anonymity. https://t.co/XhP2j0iTOE via @RFI_En— Tajuden Soroush (@TajudenSoroush) March 10, 2020

Troops have started leaving one base in Lashkar Gah, the capital of Helmand province in the south, and another base in Herat in the west, a US official told AFP on the condition of anonymity.

Even with the drawdown, US forces retain “all the military means and authorities to accomplish our objectives”, Colonel Sonny Leggett, spokesman for US Forces-Afghanistan, said Monday, referring to American counterterrorism operations and support for Afghan forces.

Helmand, which along with neighbouring Kandahar province is considered a Taliban stronghold, is where US and British forces fought some of the bloodiest campaigns of the 18-year war. Omar Zwak, spokesman for Helmand’s governor, told AFP that “20 to 30” foreigners had left Lashkar Gah since the weekend.

The initial drawdown comes as the Taliban, which see themselves as having achieved “victory” over America, test the Pentagon’s resolve to protect local partners by conducting dozens of low-level attacks against Afghan forces. The US has only responded to a few of these attacks.

Read more: US Army will not Serve as Law Enforcement: Trump seeks Withdrawal from Afghanistan

In the past 24 hours, the insurgents carried out attacks in 32 out of 34 of the country’s provinces, killing seven people including two civilians, interior ministry spokesman Nasrat Rahimi told AFP.

Under the terms of the withdrawal deal, the Islamist extremist Taliban are supposed to tackle jihadists such as the Islamic State group and Al-Qaeda, as well as hold talks with the Afghan government that were due to start Tuesday.

But Kabul is in disarray and appears unable to present a unified front to negotiate with the Taliban.

On Monday, President Ashraf Ghani was inaugurated for a second term following an election that was marred by fraud allegations while his rival, former chief executive Abdullah Abdullah, also declared himself winner and swore himself in during a parallel ceremony.

US begins military pullout from two Afghan bases https://t.co/k8gIo8wSSh
American forces have started pulling out of two bases in Afghanistan, the day peace talks between Kabul and the Taliban were due to start despite widespread violence and a political crisis.— Yasmeen Ali (@yasmeen_9) March 10, 2020

Washington has denounced Abdullah’s self-inauguration, urging unity in Kabul ahead of negotiations with the Taliban.

“Prioritising an inclusive government and unified Afghanistan is paramount for the future of the country and particularly for the cause of peace,” Secretary of State Mike Pompeo said on Monday.

Peace talks were supposed to start Tuesday but have been thrown into limbo by a dispute over the release of Taliban prisoners — something the insurgents have demanded as a prerequisite ahead of negotiations, but which Ghani has so far refused to do.

A prisoner swap is a major component of the US-Taliban deal.

Ghani was expected later Tuesday to announce a decree on the issue and reveal details of the negotiating team, but no information was forthcoming by 10:00 pm (1330 GMT) local time.

A member of the Taliban’s leadership council — the Quetta Shura — told AFP the insurgents had delivered a list of the 5,000 captives they wanted freed to the Afghan government.

But he accused Kabul of acting in bad faith, alleging that “the government (planned) to release only those prisoners who are elderly, very ill, or those whose sentences have expired”.

The Taliban’s political spokesman Suhail Shaheen tweeted Tuesday that any prisoners “handed over to us… will be accepted (only) after verification by our delegation”. “They should be the people whose names are in the list,” Shaheen wrote.