The United States on Friday categorically rejected a request by Iraq's prime minister, Adel Abdel Mahdi, to send a delegation to start preparations to pull out its 5,200 troops in the country, showing total disregard for Iraq's sovereignty and the UN Charter. This is also a clear reversal from the professional position taken by the US Force Commander in Iraq on 6th Jan, when he had written to Iraqi military informing that US troops will relocate in deference to the decision by the Iraqi parliament. 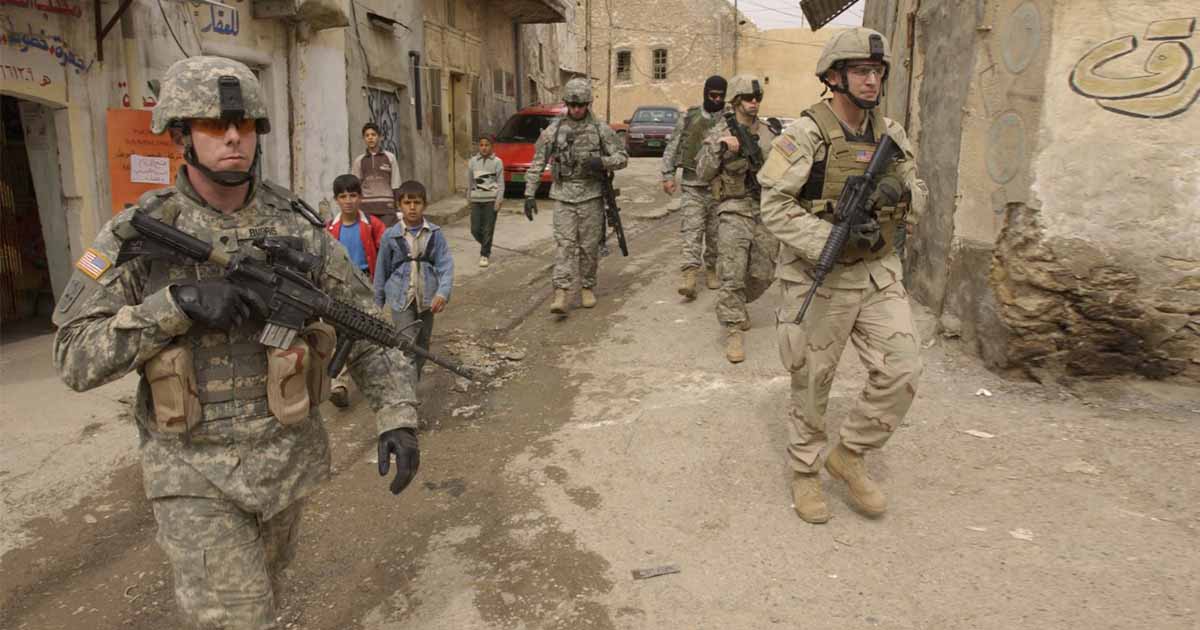 The United States on Friday categorically rejected a request by Iraq’s prime minister, Adel Abdel Mahdi, to send a delegation to start preparations to pull out its 5,200 troops in the country.

“At this time, any delegation sent to Iraq would be dedicated to discussing how to best recommit to our strategic partnership — not to discuss troop withdrawal, but our right, appropriate force posture in the Middle East,” State Department spokeswoman Morgan Ortagus said.

#US to #Iraq: We’re staying. pic.twitter.com/bnliyZY9O1

This is now a clear reversal of the position earlier taken, on Jan 6th, by the US force commander in Iraq, who had written to the Iraqi military that US troops will be relocating in deference to the resolution by the Iraqi parliament. Iraqi leadership had meetings with the US military commanders and emphasised Iraq’s desire to stay out of the US-Iran military tensions. Iraqi government considers both the US and Iran as its allies. Both, Iran and the US had been supporting Iraqi military in its battles against ISIS.

U.S.-led coalition tells Iraqi military it will withdraw from Iraq out of respect for the nation’s sovereignty pic.twitter.com/SaQJgbaGgD

Baghdad considers US actions as a serious and dangerous violation of its territorial sovereignty and considers itself sandwiched between the US and Iran. These fears were proved true when Iranian forces targeted two US bases, located in Iraq, through ballistic missiles. Iraqi parliament had voted last Sunday to rescind an invitation to foreign troops.

Iraqi Prime Minister said that the US’ killing of General Qassem Soleimani and Abu Mahdi al-Muhandis in Baghdad was a violation of Iraq’s sovereignty. US, as mentioned above, never took Baghdad into confidence before taking these steps. General Soleimani and Al-Muhandis were on their way to meet with Iraqi PM when a US drone attacked their convoy.

Stuck in the middle: “Iraq is between friends who are 5,000 miles away and a neighbor we’ve had for 5000 years,” Iraq’s prime minister told President Trump. https://t.co/x7XatQEMAR

Prime Minister Mahdi said that the attack was in violation of the UN Charter’s Article 2(4) which says, “All Members shall refrain in their international relations from the threat or use of force against the territorial integrity or political independence of any state, or in any other manner inconsistent with the Purposes of the United Nations.”

The United States invaded Iraq in 2003 to topple dictator Saddam Hussein, sparking bloodshed across the country

PM Adel Abdel Mahdi had asked United States to send a delegation in a phone call with Secretary of State Mike Pompeo.

Abdel Mahdi “requested that delegates be sent to Iraq to set the mechanisms to implement parliament’s decision for the secure withdrawal of (foreign) forces from Iraq,” his office said.

The State Department has now rejected the Iraqi demand and has defended the US troop presence as aimed at fighting the Islamic State group. US and western media are also repeatedly referring to PM Adel Abdel Mahdi as a “caretaker prime minister” – this appears to be a calculated strategy to undermine his moral authority.

Adel Abdul Mahdi had resigned few weeks ago and since then is acting as a caretaker PM. Elections are also expected in Iraq in near future. It is feared that both the United States and Iran will try to influence these elections. Killing of Gen. Qasim Soleimani by the US is expected to reduce Iran’s influence inside Iraqi politics.

“America is a force for good in the Middle East,” Ortagus, US State Department spokesman, said in a statement. “We want to be a friend and partner to a sovereign, prosperous and stable Iraq,” she added.

The United States had invaded Iraq in April 2003 to topple dictator Saddam Hussein, sparking bloodshed and civil war across the prosperous Arab country.

After a withdrawal ordered by former President Barack Obama, US troops were invited back in 2014 to help defeat the extremist Islamic State group.

But under President Donald Trump, Iraq has increasingly become a proxy battleground between the United States and Iran, which has also fought the ISIS along with Iraq. The net outcome of the US decision is that Iraq has practically lost its territorial sovereignty to an assertive Trump Administration that is not prepared to respect either the Iraqi government or the Parliament. This is clearly an unusual situation even in the twisted relations between the US and the Middle Eastern countries.

Life was anything but a fairytale, says, Meghan Markle in biogpraphy