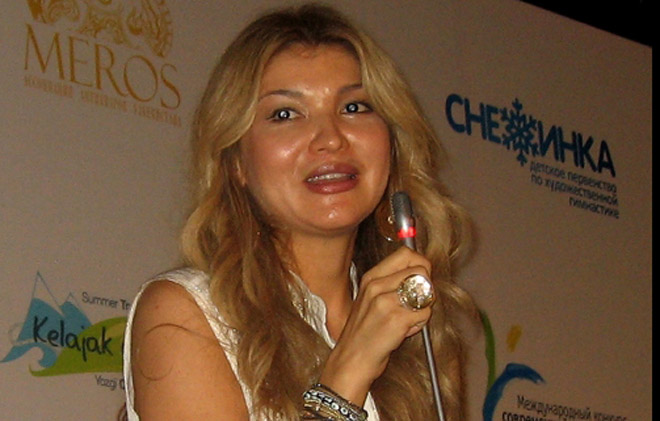 The daughter of former Uzbekistan president Islam Karimov was charged Thursday in New York in connection with a decade-long scheme to pay her more than $865 million in bribes, prosecutors said. It is one of the largest schemes ever charged under the Foreign Corrupt Practices Act, the US Attorney’s Office for the Southern District of New York said in a statement.

The charges against Gulnara Karimova were announced after Russia’s leading telecoms firm MTS, which is listed on the New York Stock Exchange, said it had agreed in related proceedings to pay $850 million to US authorities. Gulnara Karimova, 46, is a former Uzbek government official and the daughter of Islam Karimov, who ruled the ex-Soviet republic from 1990 until his death in 2016.

US prosecutors say their investigation has so far yielded more than $2.6 billion in fines and penalties globally.

Karimova, former Uzbek ambassador to the United Nations, is charged with one count of conspiracy to commit money laundering, along with Bekhzod Akhmedov, 44, former general director of Uzdunrobita, an Uzbek subsidiary of MTS.

Akhmedov, who lives in Russia, allegedly helped orchestrate the graft scheme on behalf of MTS and two other telecom firms, VimpelCom Ltd of Russia and Sweden’s Telia Company AB, and their Uzbek subsidiaries.

“Between approximately 2001 and 2012, Karimova and Akhmedov agreed that Akhmedov would solicit and obtain corrupt bribes for Karimova from telecommunications companies,” the prosecutors’ statement said. Prior to Thursday’s settlement with MTS, Telia in 2017 and VimpelCom in 2016 also agreed to settle with payments of hundreds of millions of dollars each.

Karimova, once a high-profile diplomat and pop singer, was being held under house arrest in her homeland after being convicted on fraud and money laundering charges in 2017 and sentenced to five years. Uzbek authorities this week said she had violated the terms of her house arrest and had been sent to prison where she would remain until the end of her sentence.

The Uzbek judiciary accuses her of being part of a criminal group controlling assets worth more than one billion euros.

The Uzbek judiciary accuses her of being part of a criminal group controlling assets worth more than one billion euros. US prosecutors say their investigation has so far yielded more than $2.6 billion in fines and penalties globally.

The Department of Justice has also filed civil complaints seeking the forfeiture of more than $850 million held in bank accounts in Switzerland, Belgium, Luxembourg, and Ireland. These are the graft payments made by MTS, VimpelCom, and Telia to Karimova, or funds involved in laundering those bribes, prosecutors allege.

Read more: Pakistan and Uzbekistan: The silver jubilee of a good relation

“We will aggressively pursue both corrupt foreign officials and the companies and individuals who bribe them in order to gain unfair business advantages, and we will do everything we can to keep the proceeds of that corruption out of the US financial system,” Assistant Attorney General Brian Benczkowski said in the statement.

Added Patrick Lechleitner, Special Agent in Charge of Homeland Security Investigations: “Corruption of this level and reach poisons our integrity as a participant in the global marketplace.”

Previous articleMawra, Uzair are the official graduates of University of London
Next article‘Never-ending’ numbers in last IS scrap shock US-backed fighters

29 July 2021
Previous articleMawra, Uzair are the official graduates of University of London
Next article‘Never-ending’ numbers in last IS scrap shock US-backed fighters