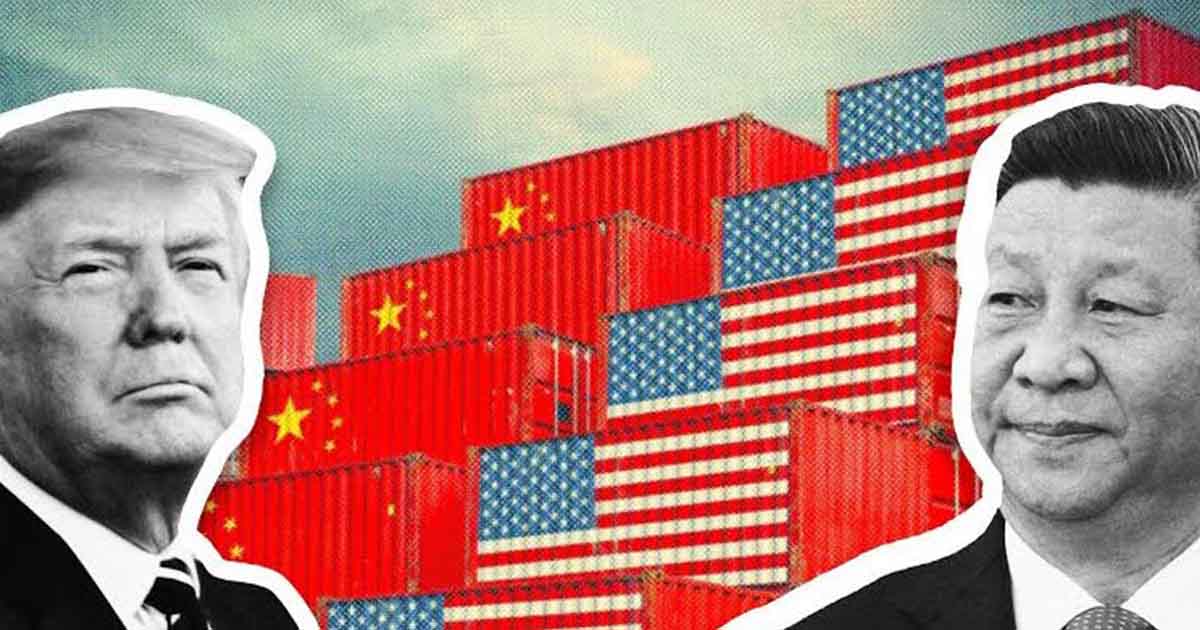 China’s exports suffered their third month of decline in October, and while the drop was less than expected there were warnings Friday of more pain to come as the US trade war rumbles on.

While tensions between the world’s top two economies are beginning to ease, Beijing is struggling to get the engines of growth firing on all cylinders as demand for its goods around the world tails off.

In the latest sign of weakness, official data showed overseas shipments fell 0.9 percent on-year last month, though that is much slower than the 3.2 percent drop seen in September and much better than forecasts. Economists surveyed by Bloomberg had tipped a 3.9 percent plunge.

Imports sank for the sixth straight month in October, dropping 6.4 percent, though that was also an improvement on the previous month and beat estimates.

Read more: US and China’s Economies Bruised by their Trade War

China’s trade surplus with the United States, a key point of anger in the White House, increased to $26.42 billion.

The economic powerhouses have been embroiled in a bruising trade war for more than a year, with punitive tariffs slapped on two-way trade worth hundreds of billions of dollars.

But markets have been buoyed in recent weeks by expectations the row, which has dragged on the global economy, could be easing as China and the US finalise a mini trade deal that is part of a wider agreement.

Watch a summary of the outlook for the global economy by Chief Economist Gita Gopinath: “The global economy is in a synchronized slowdown and we are downgrading growth once again for 2019 to 3%.” Read the #WEO report https://t.co/BbiyJkpJ1M pic.twitter.com/dg27e8o3UF— IMF (@IMFNews) October 15, 2019

Hopes for an end to the stand-off were boosted Thursday when China said the two sides have agreed a plan to remove tariffs imposed on goods in stages if the phase one preliminary pact on which they are working is completed.

Read more: Trump claims he has defeated China in the trade war, but has he?

China’s economic growth slowed to six percent in the third quarter, the weakest rate in 27 years. However, analysts warned the subdued outlook worldwide will continue to weigh on trade.

“Slowing global growth and the uncertainty surrounding the US-China trade tensions will continue to dampen trade prospects in China and demand for imports,” said Tommy Wu of Oxford Economics.

He added that further policy easing and support from the government could be expected to stabilise growth.

China is seeking the roll back of U.S. tariffs on as much as $360 billion of Chinese imports before it signs a partial trade deal https://t.co/ZgBLbRYTLf via @markets huh, so china wants all the benefits frontloaded in phase one?

“But even if the ‘phase one’ US-China trade deal crosses the finish line, it is unlikely to alleviate the main headwinds facing exporters and outbound shipments look set to remain weak in the coming months.”