The US and China had long been on trade spat and the row did not seem to be ending but recent developments point both the parties towards a better closure. This has already shown positive signs for faltering world trade. 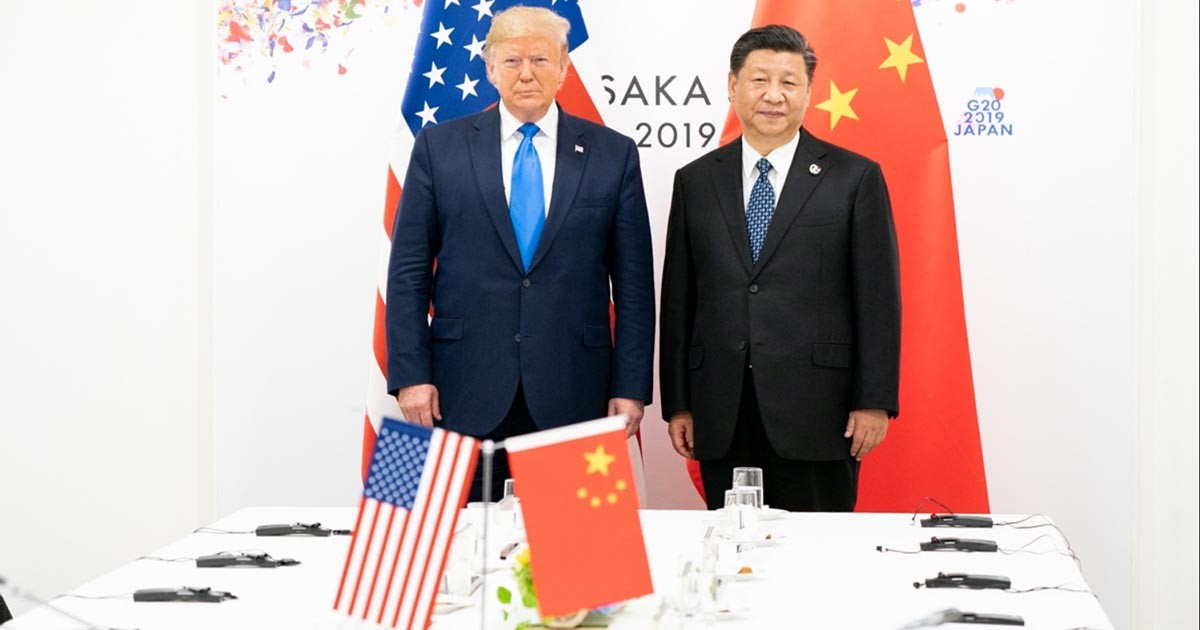 The agreement on the terms of the first phase of a trade deal between the US and China broadly envisages that Washington would reduce some tariffs on Chinese goods while Beijing would boost purchases of American farm, energy and manufactured goods and address some US complaints about intellectual property practices.

The Chinese netizens have voiced discontent that Beijing conceded far too much, while official Beijing narrative is that this is an agreement based on ‘the principle of equality and mutual respect’; that it is ‘generally in line with the main direction of China’s deepening reform and opening up as well as the internal needs for advancing the high-quality economic development’; and will help the two countries enhance economic and trade cooperation, effectively manage, control and resolve differences, and promote the steady development of bilateral economic and trade relations’.

The Chinese state councilor and foreign minister Wang Yi has since been quoted as saying that the trade agreement ‘serves as bullish news for both countries and the rest of the world’.

Trump has begun a campaign to exclude China from western knowhow. And China has begun reacting

On the American side, the matter is getting entangled with domestic politics with President Trump’s detractors determined to deny him any success story, while he trumpets that Washington extracted China’s agreement to lift a whopping $50 billion worth of American farm products.

No doubt, as the South China Morning Post commented editorially, ‘With a bid for re-election less than a year away, Trump needed to show something for all his tough talk on trade. China needed some relief from punishing tariffs on its exports that are not making it any easier to sustain targeted economic growth.’

For a start, the details of the deal as released by Washington and Beijing. One, the US has rolled back the plan to impose further 15% tariffs worth $160 billion on Chinese products such as cellphones, laptop computers, toys and clothing w.e.f from December 15, while Beijing has cancelled retaliatory tariffs.

Three, China agreed to step up purchases of American products and services by at least $200 billion over the next two years, including manufactured goods, agricultural goods, energy and services, which would reduce the $419 billion trade deficit.

Four, apropos Trump’s demand that China buys $50 billion worth of American farm goods annually, Beijing agreed to increase purchases by $32 billion over two years — averaging an annual total of $40 billion with an assurance to make its best efforts to step up by another $5 billion annually.

Six, on alleged Chinese ‘currency manipulation’, Beijing has reiterated past pledges to refrain from competitive currency devaluations and not to leverage exchange rate for trade advantage. The deal provides for a mechanism allowing US imposition of tariffs in case of any Chinese violations of currency commitments. (The mechanism is modelled after the US-Mexico-Canada Agreement trade deal which proved effective.)

Broadly, China will address trade deficit by boosting imports from the US as well as providing much greater market access for US firms. Indeed, there is a fine line to be drawn: How far the Chinese concessions come as a result of US pressure and/or how far they stem out of domestic priorities of reform and opening up.

Again, was the past two years’ of wrangling, which damaged both economies, worthwhile?  It does seem that the trade war was a bad idea in the first place. Worse still, this is at best a ceasefire with the two protagonists quitting the field with some modicum of dignity. How long the ceasefire will hold time will tell.

The point is, there are extraneous layers to the US-China conflict that are highly volatile. There is a bipartisan consensus in the US that China’s rise challenges the US’ global supremacy, which all but makes it inevitable that the battle will be rejoined sooner perhaps than later.

Meanwhile, the ‘decoupling”’ of the US and Chinese economies threatens to advance to a point of no return. Trump has begun a campaign to exclude China from western knowhow. And China has begun reacting.

Huawei has been reportedly planning for just this decoupling “for years”. A report in the FT last week said that a Chinese Communist party’s central office order is already in place stipulating that all foreign computer equipment and software be removed from government offices and public institutions within three years.

People have begun talking about a new cold war. But there is no blueprint as such on how this cold war is to be prosecuted. If there is one thing crystal clear out of the weekend’s agreement, it is that China didn’t blink — Hong Kong and Xinjiang notwithstanding. It shows an extraordinary determination to (re)assert its great power status, which is hardening as a resolve with Beijing concluding that the US game plan is really about stopping China’s rise.

While China does unquestionably threatens America’s place as the dominant power in Asia and its claims to leadership of the global order, it is not espousing any universalist ideology, as the former Soviet Union did. Nor is the US able to convincingly explain why containing China matters, or how the attendant costs and risks of a potential military conflict are worth it.

The weekend’s trade agreement confirms once again that a new Cold War with China, if at all, seems destined to play out primarily as a bilateral contest so long as China’s economic charm offensive continues in a ‘win-win’ spirit and its ambitions do not take overt military shape. It is improbable that Asian countries, especially ASEAN, could be eager to join Washington’s decoupling crusade.