US blame China of backing out of trade commitments and progressing very slowly to better the situation. Negotiations between both parties have calmed down the trade war going on between US and China. Officials from both trade giants held meetings to meet a common ground. 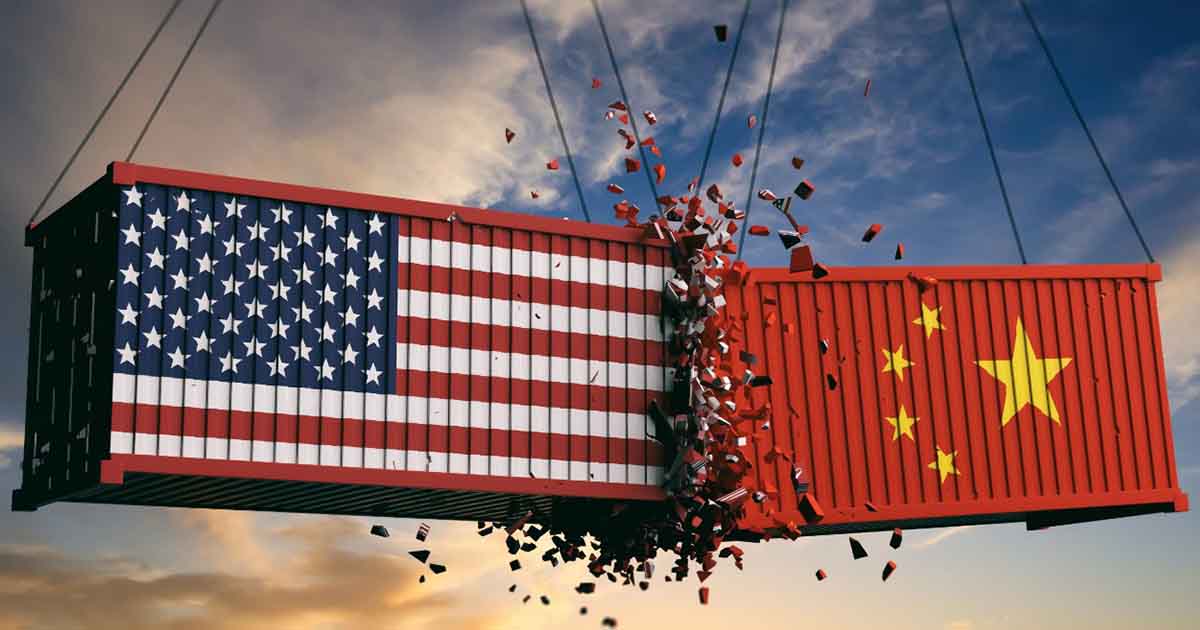 Talks to end a worrisome US-China trade battle were “constructive,” US Treasury Secretary Steven Mnuchin said Friday, a sign of hope that Washington and Beijing could seal a deal to avert damage to the global economy. “They were constructive discussions between both parties, that’s all we’re going to say,” Mnuchin was quoted as saying by CNBC following a two-hour negotiating session.

Moments earlier, Chinese Vice Premier Liu He shook hands with both men on the steps of the US Trade Representative’s office before driving off. Mnuchin and US Trade Representative Robert Lighthizer then headed for the White House. At his hotel, Liu told reporters that the talks had gone “fairly well,” according to Bloomberg, which nevertheless cited sources saying little progress had occurred.

President Donald Trump said Friday he was in no hurry to reach a deal with Beijing, arguing the United States was negotiating from a position of strength. Just hours earlier, Washington had pulled the trigger on an increase in punitive duties on $200 billion in Chinese imports to 25 percent from 10 percent, and Beijing responded vowing to take the “necessary countermeasures.”

The US is pressing China to change its policies on protections for intellectual property, massive subsidies for state-owned firms, and to reduce the yawning trade deficit.

The glimmer of hope cheered Wall Street, which had been under pressure all week, with the benchmark Dow Jones Industrial Average regaining much of the morning’s losses but staying in the red. European and Asian markets seemed more optimistic. After weeks of rising optimism, the tone out of the White House has veered to anger and then nonchalance.

On May 5, Trump erupted on Twitter, saying the talks were progressing “too slowly,” accusing the Chinese of backing out of commitments and announcing the tariff increase. But in a series of early morning tweets Friday, he said, “Talks with China continue in a very congenial manner – there is absolutely no need to rush – as Tariffs are NOW being paid to the United States by China.”

Tariffs will bring in FAR MORE wealth to our Country than even a phenomenal deal of the traditional kind. Also, much easier & quicker to do. Our Farmers will do better, faster, and starving nations can now be helped. Waivers on some products will be granted, or go to new source!
— Donald J. Trump (@realDonaldTrump) May 10, 2019

The US leader continues to argue that tariffs could in some ways be preferable to reaching a trade deal.

“Tariffs will bring in FAR MORE wealth to our country than even a phenomenal deal of the traditional kind,” Trump wrote.

Since last year, the United States and China have exchanged tariffs on more than $360 billion in two-way trade, gutting US agricultural exports to China and weighing on both countries’ manufacturing sectors.

Trump began the standoff because of complaints about unfair Chinese trade practices. The US is pressing China to change its policies on protections for intellectual property, massive subsidies for state-owned firms, and to reduce the yawning trade deficit. Lighthizer and Mnuchin met the Chinese delegation for about 90 minutes Thursday evening and then had a working dinner with Liu.

Liu had said Thursday on his arrival in Washington that the prospects for the talks were “promising” but warned raising tariffs would be “harmful to both sides.” “I hope to engage in rational and candid exchanges with the US side,” he told Chinese state media.

The higher duty rates imposed on Friday will hit a vast array of Chinese-made electrical equipment, machinery, auto parts, and furniture. But due to a quirk in their implementation, products already on ships headed for US ports before midnight will only pay the 10 percent rate. That could effectively provide a short grace period for the sides to avert an even more serious escalation.

Oxford Economist estimates the same magnitude of slowdown in the US economy and is warning that recession risks are on the rise.

“While we are disappointed that the stakes have been raised, we nevertheless support the ongoing effort by both sides to reach agreement on a strong, enforceable deal that resolves the fundamental, structural issues our members have long faced in China,” said business lobby the American Chamber of Commerce in China.

Economists stress that duties are paid by US companies and consumers and result in higher prices, while farmers and manufacturers complain about the loss of markets for their exports due to retaliation from China and other targets of Trump’s trade wrath.

“NO ONE WINS A TRADE WAR,” trade analyst Chad Bown of the Peterson Institute for International Economics said on Twitter.

I also think I might have said (or meant to have said???)
NO ONE WINS A TRADE WAR https://t.co/qM6gXe4mq5

Oxford Economist estimates the same magnitude of slowdown in the US economy and is warning that recession risks are on the rise. But the International Monetary Fund has sounded the alarm that the conflict and the loss of confidence it creates will have a wider impact on the global economy and is a major risk to growth.

China is increasing geopolitical influence after US position falls

Bangladesh snubs India to side with China, Pakistan