US Congress bashes Trump administration for "abuse of power", rejects Trump's justification of emergency situation; and passes bill to block all 22 arms deals with Saudi Arabia. 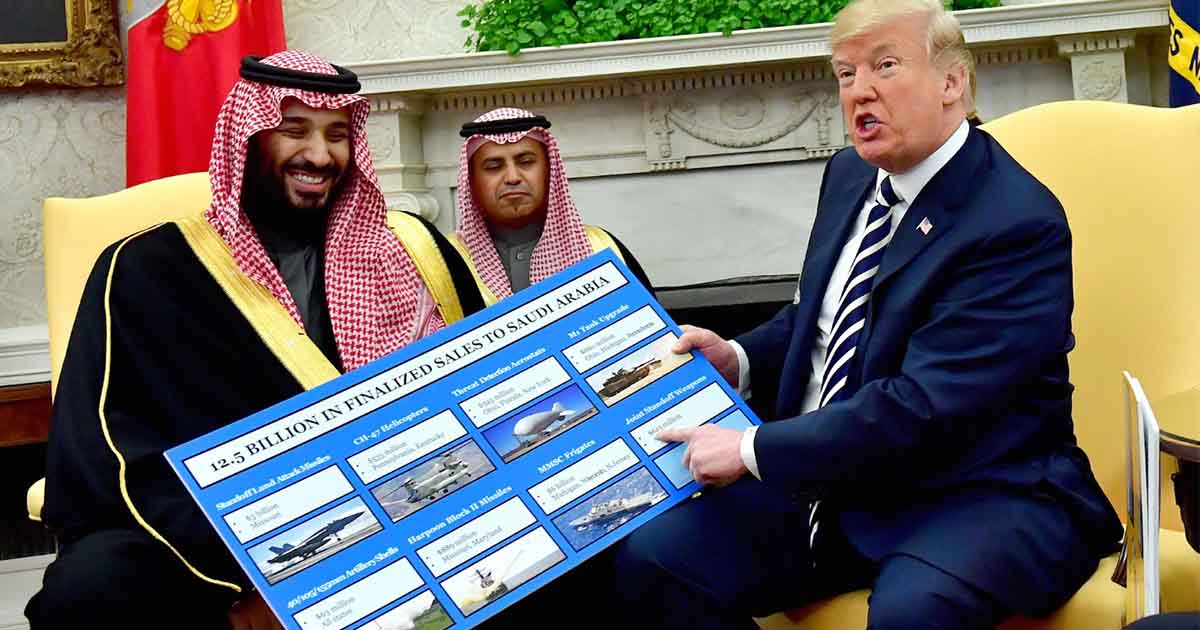 House Democrats introduced new legislation Wednesday to stop US President Donald Trump’s administration from following through on a number of arms sales to Saudi Arabia. One resolution, introduced by congressman Ted Lieu, would block all 22 arms sales recently approved by the White House.

The Trump administration antagonized lawmakers by announcing last month it would use emergency powers to defy Congress and provide munitions, aircraft, maintenance and other military components to Saudi Arabia, the United Arab Emirates and Jordan.

“The emergency declaration is nothing more than an egregious abuse of power by an administration that doesn’t like being told ‘no’,” Lieu said in press release.

“There is no emergency, but there is a conflict in Yemen that has killed thousands of civilians with US-made weapons and a Congress that is tired of being complicit,” he added.

Both Saudi Arabia and the United States Are Probably Guilty of War Crimes in Yemen https://t.co/HHRMN9ij0C

Other measures were introduced to the House by lawmakers David Cicilline, Abigail Spanberger and Tom Malinowski that deal more specifically with transfers of “precision-guided munitions” which have been largely accused of being responsible for civilian casualties in the Saudi-led coalition’s war in Yemen.

While arms sales usually go through a 30-day congressional review period, the provision allows for this process to be skipped in the case of an emergency.

This afternoon, I attended a Senate intelligence briefing where the Trump administration presented its policy on Iran. Without going into specifics, let me just say: If you think the war in Iraq was a disaster, in all likelihood a war with Iran would be far worse. pic.twitter.com/UqgAX7l2vx

Congress was notified by the Trump administration of the invocation and was shown a deal comprising 22 separate arms sales to Saudi Arabia, the United Arab Emirates and Jordan valued at $8.1 billion.

The administration cited heightened threats from Iran as a justification for the emergency, but it has infuriated lawmakers, including some of Trump’s staunchest allies, who were holding up the sales because of humanitarian concerns with the Kingdom, including the civilian toll of its air campaign in Yemen and its grisly murder of Saudi journalist Jamal Khashoggi, a US resident who had written critically of Saudi Crown Prince Mohammed bin Salman and was killed in Turkey by agents from Riyadh.

“The administration has presented us no evidence that the Gulf countries face any substantially new threat from Iran that would justify declaring an emergency, or that these weapons, which the Saudis need to keep bombing Yemen, would even be useful if such a threat arose,” said Malinowski.

“There is no emergency. It’s phony, it’s made up, and it’s an abuse of the law,” House Foreign Affairs Committee Eliot Engel told a hearing Wednesday, as he blasted the administration for seeking to “cut Congress out of the picture.”

Michael McCaul, the panel’s top Republican, called use of the emergency powers “unfortunate,” noting that some of the arms sales hardly appear urgent because they “will not be ready for delivery for over a year.”

“If we allow these arms sales, the effect will be to prolong a war that does not serve U.S. interests while signalling to the Saudis that they can get away with anything. Congress must not let that happen.”

Last week, Republican senators including Trump supporter Lindsey Graham joined Democrats to introduce 22 resolutions to block each of the sales.

No date has been set for the votes in either chamber. Should any of the resolutions be adopted, Trump would likely block them with a veto.

Congress requires a two-thirds majority in both chambers to override a veto.

Why Donald Trump is putting the US into a corner on Iran?

Is South Korea’s alliance with United States worth It?