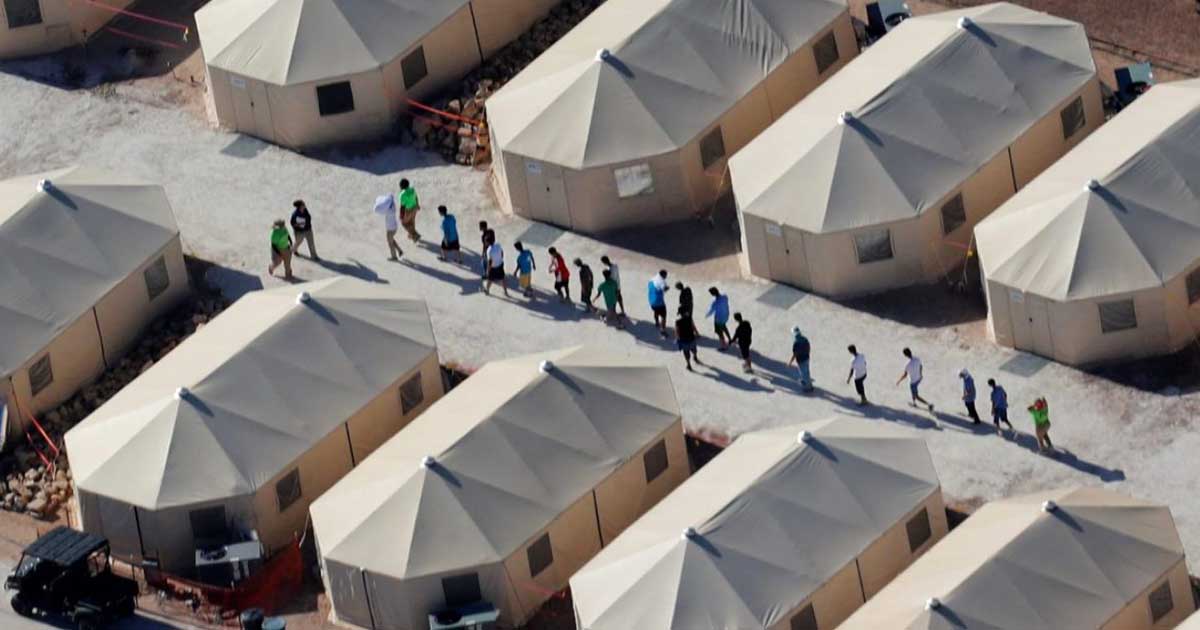 Firebrand Democrat congresswoman Alexandria Ocasio-Cortez raised some eyebrows when she said that immigrant detention centers on the southern US border are “concentration camps,” while calling President Donald Trump a “fascist.”

“The United States is running concentration camps on our southern border,” the New York congresswoman commonly known as “AOC” said on Monday, cutting right to the chase at the opening of her Instagram livestream.

“That is exactly what they are, they are concentration camps,” she repeated several times, leaving no room to interpretation that she was simply being hyperbolic. On Tuesday morning, she said the same thing on Twitter.

This administration has established concentration camps on the southern border of the United States for immigrants, where they are being brutalized with dehumanizing conditions and dying.

This is not hyperbole. It is the conclusion of expert analysis ⬇️https://t.co/2dWHxb7UuL

During the livestream, she invoked the phrase “never again,” which is commonly used in reference to the Holocaust. Ocasio-Cortez also called for open opposition to the “authoritarian and fascist presidency” she said was behind the measures.

Ocasio-Cortez had already drawn fire from conservatives last November, when she compared those “fleeing violence in central America” to “Jews fleeing Germany” in the 1930s. Her new comments provoked similar backlash.

DailyWire editor Ryan Saavedra accused her of anti-Semitism for invoking the Holocaust, and argued that comparing Trump to Hitler and asking supporters to “do something about it” sounded a lot like incitement of violence – grounds for getting suspended from Twitter.

The United States is running concentration camps on our southern border

Others pointed out a critical difference between the contemporary situation on the US-Mexico border and the Nazi regime, namely that immigrants were attempting to flee Germany, not get in.

Ocasio-Cortez countered by citing an article from Esquire, which drew a distinction between “death camps” and “concentration camps,” in order to mitigate claims that she was downplaying the historical tragedy.

The elevated rhetoric about immigration comes after President Trump announced the US will “begin the process of removing the millions of illegal aliens” next week. Record-breaking numbers of migrants have crossed the border this year, pleading asylum to avoid being sent back. After Trump threatened to impose tariffs on Mexico, Mexican President Andres Manuel Lopez Obrador agreed to a series of measures to curb illegal border crossings.

Whether or not her claim that a “presidency that creates concentration camps is fascist” is true, the use of detention centers to house illegal border crossers is not unique to Trump. Mass deportations and detention centers were both policies practiced by his Democrat predecessor, Barack Obama.

Saudi oil attacks put US commitments to the test

Great Famine is Coming, thanks to corona: UN, WTO chiefs