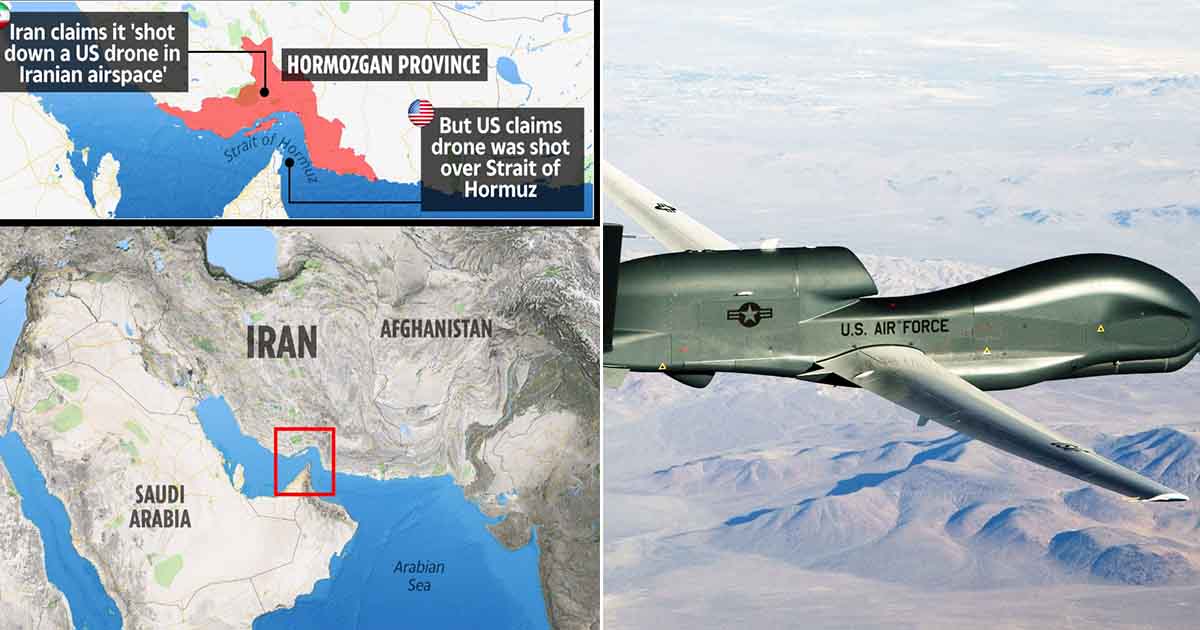 The US President Donald Trump’s reported decision abruptly to call off military strike against Iran which he’d previously ordered, highlights the growing complexity of the US-Iranian entanglement. Indeed, it takes political courage to rationalise amidst such a dangerous situation that discretion is the better part of valour. Trump has been smart enough.

But, having said that, there’s going to be downstream consequences. The Trump administration appears paralysed. And Tehran has seized the diplomatic initiative. What prompted Trump’s rethink? Surely, the rethink somewhat legitimises the Iranian assertion that it shot down the American drone which intruded into its air space. (In fact, Iran has since claimed that it recovered the debris of the downed US drone in the country’s southern waters.) The US has a history of lying in such situations.

France has openly disagreed with the US on the standoff with Iran, reflecting the mood in Europe. Trump would sense that any move against Iran by the US will be a solo act.

Remember the downing of a scheduled Iranian passenger Airbus A300 flight in 1988 by an SM-2MR surface-to-air missile fired from USS Vincennes killing all 290 people including 66 children on board? The US, at the level of Vice-President George HW Bush lied over US culpability, saying, “I will never apologise for the United States — I don’t care what the facts are… I’m not an apologise-for-America kind of guy.”

Only years later in 1996 Washington agreed to pay Iran US$131.8 million in settlement to discontinue a case brought by Iran in the International Court of Justice relating to this incident. Therefore, the ‘known unknown’ here is at what point exactly Trump would have realised that this was a US spying mission that went horribly wrong — and constituted a reckless untimely provocation against Iran.

Of course, an admission of guilt is not to be expected but Trump apparently decided not to begin a war based on falsehood. An expert opinion in the Atlantic details the “unlovely truth” that throughout its history, “America has attacked countries that did not threaten it. To carry out such wars, American leaders have contrived pretexts to justify American aggression. That’s what Donald Trump’s administration—and especially its national security adviser, John Bolton—is doing now with Iran.”

According to the New York Times, Trump’s national security advisers are split about “whether to respond militarily” after Iran shot down the US surveillance drone for intruding into its airspace. Senior administration officials told the daily that Secretary of State Mike Pompeo, National Security Adviser John Bolton and CIA Director Gina Haspel had favoured a military raid. “But top Pentagon officials cautioned that such an action could result in a spiralling escalation with risks for American forces in the region,” The New York Times added.

At any rate, Trump’s smartness lies here — in the sense that he understands that a war with Iran is risky, which the US can win only at a high cost and may even destroy his presidency. Second, there are no takers in the international community for a war against Iran. Even the UAE and Saudi Arabia have taken fright. (Tehran has disclosed that the US drone took off from the UAE.)

France has openly disagreed with the US on the standoff with Iran, reflecting the mood in Europe. Trump would sense that any move against Iran by the US will be a solo act.

No doubt, an influential section of American opinion too has begun voicing opposition to any US military strike against Iran. See the video, below, of a PBS interview with Stephen Hadley, former National Security Advisor in the George W Bush administration and Gerard Araud, former French ambassador to Washington. What lies ahead? Clearly, Trump has so far seemed to be looking for a way to avoid a potentially serious military crisis with Iran.

Nonetheless, the danger of escalation remains. There are hardliners in both countries and it may turn out that they become mutual enablers in going up an escalation ladder. Then, there are always the unattended consequences when two adversaries indulge in brinkmanship while guessing about each other’s intentions. Fundamentally, Trump’s policy lacks coherence and clarity. Its “maximum pressure” policy has become an end in itself.

The policy narrows down to achieving either of two goals — outright Iranian capitulation or implosion of Iranian regime — and neither is a realistic objective. Plainly put, what Iran may have achieved in the drone incident is to demonstrate not only its capability but its political will and determination to counter the US’ “economic war” against it. Paradoxically, the US has applied such coercion against Iran by playing havoc with Iran’s economic ties with the rest of the world that the latter has no more option left to it but to escalate the tensions to a point that it is not Iran alone that suffers but the US and its regional allies as well.

Simply put, the resistance has shifted gear. The Iranian missile strike at the US drone has taken place within two days of Trump formally announcing his candidacy for the 2020 November election. This carefully calibrated act of escalation would have served the purpose of highlighting to Trump that there is a high price to pay for the untold suffering he has imposed on the Iranian people by denying them healthcare and medicines and inflicting severe economic hardships.

Read more: A War With Iran Would Further Destabilize the Region

To be sure, the festive kickoff event in the Amway Center stadium in downtown Orland on Tuesday has already been drowned out by the sound of war drums. Given the above, there is no real substitute for direct US-Iranian diplomatic engagement. But for that to happen, there has to be some sort of gesture by the American side. Tehran will expect at a minimum an easing of sanctions by the Trump administration in terms of, say, giving waivers to third countries to import Iranian oil.

Surely, the US started the spiral of tensions with the decision last May to leave the Iran nuclear deal and it is the responsibility of the Trump administration to make a gesture. How Trump can manage to do it is the big question. The Trump administration’s aggressive and confused policy towards Iran has dented the US credibility.

Not Like International Law Was Strictly Followed Before Trump & Putin