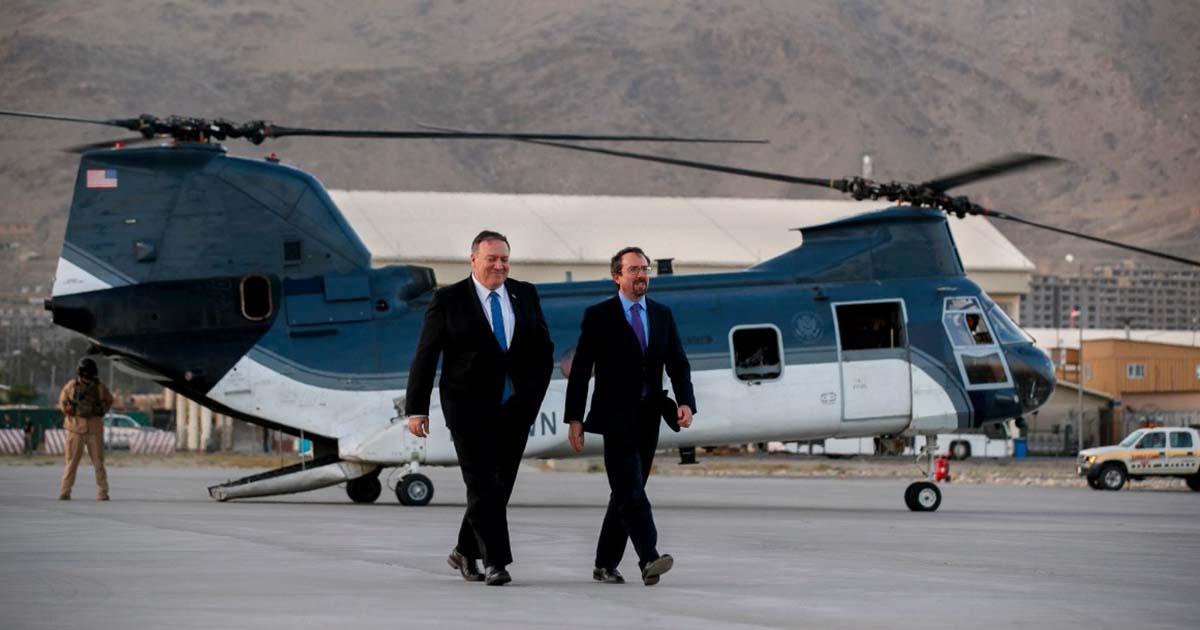 Afghan President Ashraf Ghani and his rival Abdullah Abdullah showed no sign Tuesday of ending their bitter feud, even after it cost the impoverished nation $1 billion in US aid — with yet more on the line.

The massive cut was announced on Monday after an exasperated US Secretary of State Mike Pompeo visited Kabul in a bid to resolve the standoff that has seen Abdullah proclaim himself president despite Ghani officially winning last year’s controversial poll.

Pompeo, who lashed out at their “failure” to come to an agreement, said the US would immediately cut $1 billion and was “prepared” to pull another $1 billion in 2021, with further cuts possible after that.

The United States and the Taliban signed a landmark deal last month that was supposed to pave the way for talks between the Afghan leadership and the insurgents, but with Kabul unable to agree who is in government, the talks have stalled.

No end in sight for #Afghanistan war

With a GDP of only about $20 billion, the cuts represent a devastating blow to Afghanistan’s donor-dependent economy and could hardly come at a worse time — with coronavirus spreading across the country and Taliban attacks increasing.

Ghani appeared in a televised address on Tuesday to claim that “the US reduction in aid will have no direct impact on our key sectors”, adding that his government would try to satisfy the United States “through talks and negotiations”.

But he also blamed Abdullah, who he said despite being offered “an important role” and cabinet representation has demanded changes to the constitution, which Ghani does not have the power to make.

Ghani did not specify the proposed changes, but likely it would be to allow Abdullah to serve another term as chief executive or become prime minister.

Abdullah also released a statement saying that while Pompeo’s trip had created an opportunity to resolve the crisis, “unfortunately it was not utilized properly”.

Abdullah and Ghani’s rift goes back to at least 2014, when Ghani bested his rival in elections that saw allegations of mass fraud. The same thing happened in September’s polls.

Laurel Miller, director of the International Crisis Group’s Asia program, said the $1 billion aid cut amounted to about 20 percent of the money the US gives Afghanistan each year, meaning that some of the cash inevitably will be stripped from Afghanistan’s security forces.

She said it was “wildly unrealistic” for Ghani to claim the cuts would have no direct impacts.

After his visit to Kabul, Pompeo later flew on to Doha and met with three Taliban leaders including Mullah Baradar, a formerly imprisoned insurgent who has become their chief negotiator.

No end to Kabul political stand-off, despite $1 bil U.S. aid cut: Afghan President Ashraf Ghani and his rival Abdullah Abdullah showed no sign Tuesday of ending their bitter feud, even after it cost the impoverished nation $1 billion in… https://t.co/8zbNSpBP72

Under last month’s US-Taliban deal, Washington and its foreign allies will withdraw all forces from Afghanistan by April 2021. Washington has given little indication it will stray from that timeline even as the Taliban have stepped up attacks on Afghan forces.

Vanda Felbab-Brown, a senior fellow at the Brookings Institution, said the big takeaway from the aid cuts is that “the US is leaving come hell or high water”.

“It’s going to continue pulling out its forces no matter how politics in Afghanistan shake out, no matter the political consequences and what the consequences for war and peace are,” she told AFP.

Meanwhile, coronavirus is continuing to spread across Afghanistan. Officially there are 74 confirmed cases and one death, but many observers fear the number is far higher.

The impoverished country is testing few people, “social distancing” is an abstract concept for an illiterate population accustomed to crowding into mosques and large family gatherings, and thousands of people have returned from pilgrimages to coronavirus-hit Iran in recent weeks.

Resolute Support, the US-led NATO mission in Afghanistan, announced that four soldiers arriving in the country had tested positive for the virus.

Their nationalities were not released, but officials noted they already had coronavirus when they arrived. US General Scott Miller, who leads RS, called for a drop in violence to try to slow the spread of coronavirus.

“The focus on this particular virus has to be on preventing the spread, which is difficult under even normal circumstances, but almost impossible if we have violence,” Miller said.

Also on Tuesday, the United Nations announced that Canadian diplomat Deborah Lyons had been named as its new special representative in Afghanistan, replacing Japan’s Tadamichi Yamamoto, who had been in the post since 2016.

SWAP announces full support to the Government to fight Coronavirus