US “Deal of the Century” a sugarcoated bribe?

An economic conference intended to kick-start a Middle East peace initiative by US President Donald Trump's son-in-law has failed to convince Palestinians, who boycotted it and treated it with disdain or disinterest. 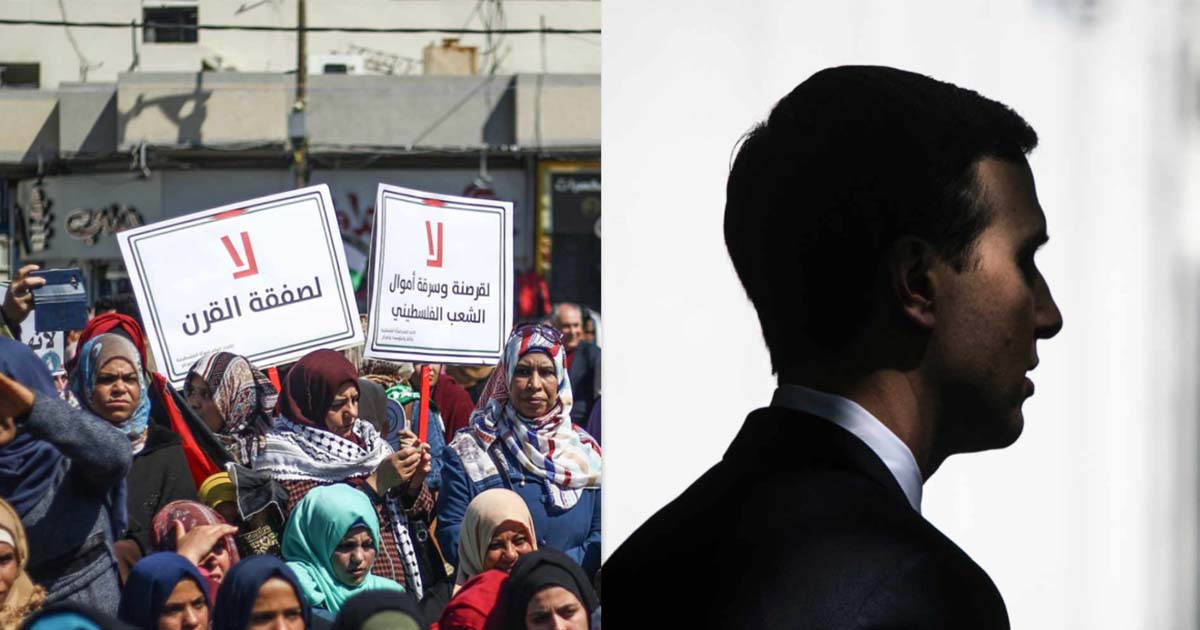 In a rare show of unity, all Palestinian factions condemned the conference in Bahrain before it started and the event received relatively little coverage in the Palestinian media, which is largely politically allied.

While calls for major protests failed to materialize, many Palestinians simply ignored the two-day event, having already decided no peace push from the US administration could be taken seriously.

“Globally there was interest, but from the beginning for Palestinians there was none because if I have rejected something I have rejected it,” said Rohi Ziadi, a university professor visiting a car showroom in Ramallah in the occupied West Bank.

“If my wife cooks me a meal I don’t like, then I don’t want anything to do with it. You can add some salt, etc, but I still won’t eat it. And we don’t want this conference.”

The Palestinian Authority government, based in the occupied West Bank, has been boycotting the US administration since late 2017, angered by a series of moves they saw as blatant pro-Israel bias.

All major Palestinian businessmen also declined to attend the conference, accusing the United States of trying to use financial clout to buy off their aspirations for independence.

Only one Palestinian publicly appeared. Ashraf Jaabari was introduced as the chairman of the 250-member Palestinian Business Network, a previously unknown entity.

It appears to be a rapid rebranding of the Judea and Samaria Chamber of Commerce, a body that represents Israeli settlers and a few Palestinians.

Jaabari and the other co-founder of the group, who is Israeli, could not be reached for comment.

The vast majority of Palestinians reject such relations with settlers, whose communities are considered illegal under international law.

The two-day conference in the Bahraini capital Manama did not discuss political issues between Israel and the Palestinians but instead focused on the potential economic dividends of peace.

At the end its driving force Jared Kushner, Trump’s son-in-law and advisor, said he had “left the door open” if the Palestinians were interested in peace.

“If they actually want to make their people’s lives better, we have now laid out a great framework in which they can engage and try to achieve it,” he said.

Kushner’s economic plan proposed a $50 billion investment for the Palestinian territories and the region over 10 years and pledged to create up to a million new jobs.

It painted a rosy future for the Palestinian territories based on state-of-the-art infrastructure and 5G mobile technologies.

In reality Gaza is under an Israeli blockade and barely has 2G.

While Palestinian corruption was discussed frequently as a cause of the crisis, Israel’s occupation of the West Bank barely received a mention.

The issue of Hamas’s control of Gaza was also not discussed. The Islamist movement has fought three wars with Israel.

“Some TED Talks are more connected to reality than what we saw in Bahrain,” said Ofer Zalzberg, a Jerusalem-based analyst with the International Crisis Group think-tank.

The Palestinian government is facing a desperate financial crisis and has halved the salaries of its more than 100,000 civil servants.

Yet Palestinian officials said they felt the US peace push would fail.

Polls show Palestinian President Mahmud Abbas is unpopular and Zalzberg said the US administration had been hoping to use potential economic benefits to “drive a wedge between the Palestinian people and the Palestinian leadership” over the deal.

In fact, he said, it may have done the opposite.

“They underestimated how the media coverage in Palestinian media was, how they have helped Abbas redeem at least some of the mistakes he has made,” said Zalzberg.

“It increased the Palestinian support for rejection of the American efforts.”

Mohammed Ghalis, a 28-year-old delivering water to offices in Ramallah, said Palestinians hadn’t paid much attention to the conference, labelling it “unimportant.”

“Of course it is a bribe. An economic solution is not a replacement for a political solution.”

Iran may withdraw from the nuclear deal: warns Tehran