US special envoy for Syria James Jeffrey has confessed quite frankly that the role of the US in Syria is not to eliminate terror or defeat the IS but they are trying to create a new Vietnam or Afghanistan for Moscow. If this goes right, the world will witness another era of war & barbarism. 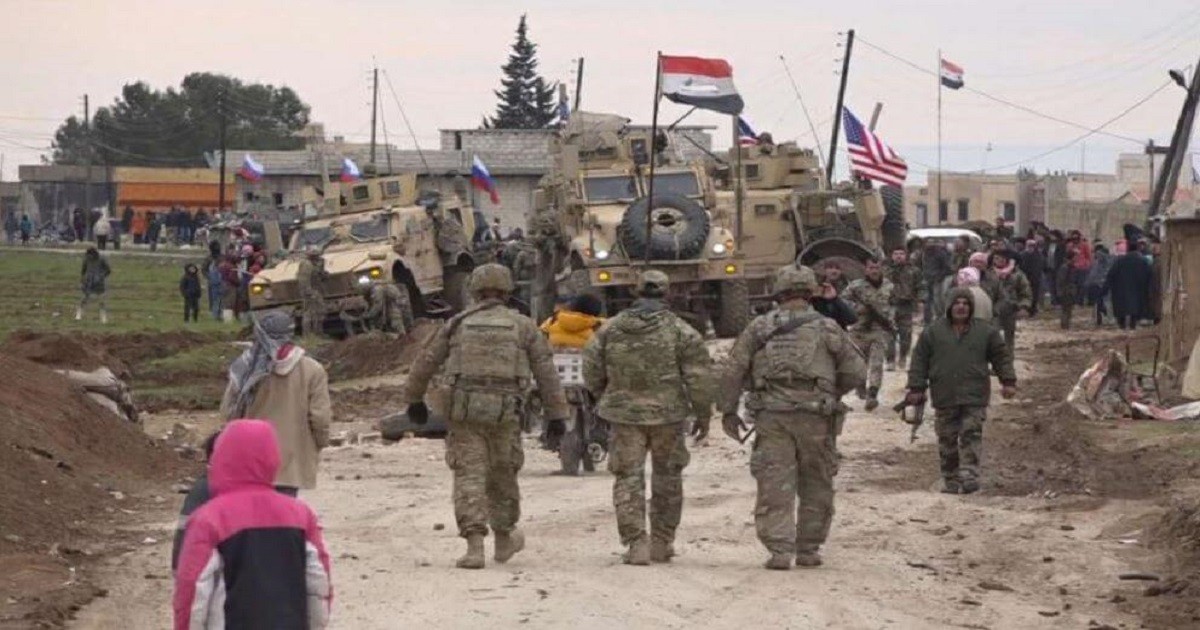 James Jeffrey, the US special envoy for Syria and defeating the Islamic State, has made quite a frank confession of how he sees his job and that of US troops there: to create a new Vietnam or Afghanistan for Moscow.

“Our military presence, while small, is important for overall calculations. So we urge the Congress, the American people, the president to keep these forces on, but again this isn’t Afghanistan, this isn’t Vietnam, this isn’t a quagmire,” Jeffrey said on Tuesday, during a video event hosted by the Hudson Institute.

The arrival of the Russian expeditionary force in late 2015, following an invitation from Damascus, turned the tide of war in Syria. With their assistance, government forces rolled back both Islamic State (IS, formerly ISIS) terrorists and other militants, including Al-Qaeda affiliates, on multiple fronts – and scuttled US plans for regime change in Damascus.

Jeffrey grudgingly admitted the Russian military has been successful in Syria but argued “they don’t have a political way out of their problems” with Syrian President Bashar Assad, and the US aims to offer “a way forward” through the UN – presumably referring to Resolution 2254 that Washington has long interpreted as “Assad must go.” That’s why the US is trying to create new Afghanistan in Syria.

The envoy’s admission on Tuesday is a step beyond his remarks in early March when he told reporters on a conference call that the US aims to “make it very difficult” for Russia to help the Syrian government achieve a military victory.

While US President Donald Trump repeatedly rejected nation-building interventions in the Middle East and sought to withdraw US troops from Syria, Iraq, and Afghanistan, he has repeatedly faced resistance from the State Department and the Pentagon, still set on the previous administration’s strategy of regime change.

Jeffrey’s mention of a “quagmire” like Afghanistan is particularly ominous, given that’s precisely what the Carter administration did in 1978, covertly supporting Islamic militants in that country in order to provoke a Soviet intervention.

The Soviet invasion of Afghanistan, and the establishment by the Soviets of a puppet government in that nation, brought U.S. relations with the Soviet Union to the breaking point. Carter’s press secretary, Jodie Powell, called the Russian action “a serious threat to peace.” On January 2, he announced that the Carter administration had asked the Senate to postpone deliberations on SALT-II, the complicated treaty dealing with nuclear arms.

Carter also recalled U.S. ambassador to the Soviet Union, Thomas J. Watson, Jr. home, ostensibly for “consultation.” As Carter administration officials made clear, however, this action was intended to send a very strong message to the Soviets that military intervention in Afghanistan was unacceptable.

In addition, the Carter administration was thinking about new trade restrictions against the Soviets and a boycott of the 1980 summer Olympics, which were to be held in Moscow.

According to Carter’s national security adviser, Zbigniew Brzezinski, this was done to lure the USSR into their own costly, never-ending war such as the US experienced in Vietnam. US is trying to create a new Afghanistan or Vietnam for Moscow in Syria.

Brzezinski boasted of his own role in those efforts, dismissing the fallout of Islamist terrorism that the conflict generated as irrelevant compared to US victory in the Cold War – shortly before the September 11, 2001 attacks triggered a US invasion of Afghanistan that the Trump administration is still struggling to extricate troops from.

Edward Snowden will publish a memoir: How the US spies on the world

Why is the female literacy rate in Balochistan the lowest in the world?