US govt responsible for finding parents of separated children: judge 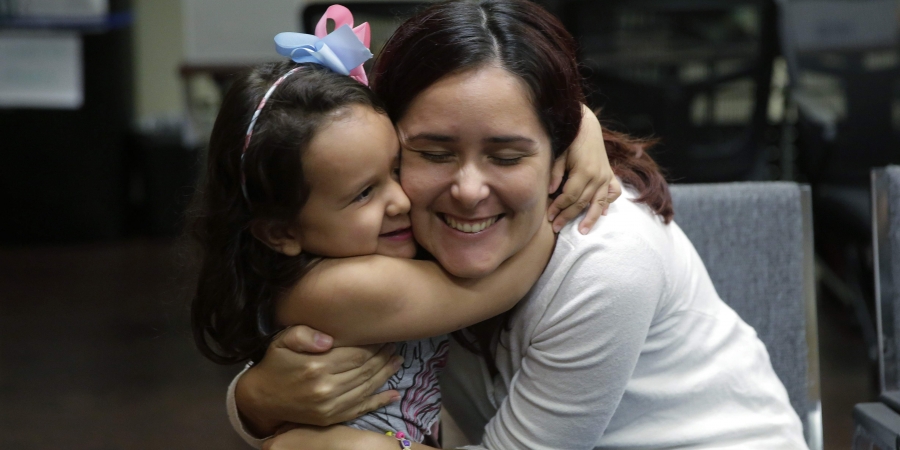 The federal judge who ordered the reunification of families separated at the southern US border said Friday it was the government’s responsibility to locate parents deported without their children.

According to government figures submitted to the court Thursday, 410 of the 572 immigrant children still under government care have parents — or another associated adult — outside of the United States.

“Many of these parents were removed from the country without their child; all of this is the result of the government’s separation and then inability and failure to track and reunite,” US District Judge Dana Sabraw told a telephonic status conference from her San Diego office, according to US media reports.

The government said it had met that deadline, but children remained in custody because family ties had not been confirmed, or the parent had a criminal record, a communicable disease or could not be found.

“And the reality is that for every parent who is not located, there will be a permanent orphaned child, and that is 100 percent the responsibility of the administration.” Sabraw ordered that the government put someone in charge of the “significant undertaking” to find the adults. So far, only 13 parents have been located.

Read more: 700 separated children still in US custody after deadline

“The judge is refusing to let the government off the hook for the mess it made,” said lawyer Lee Gelernt of the American Civil Liberties Union (ACLU), which sued the government over the separations which resulted from the “zero tolerance” immigration policy.

The government, meanwhile, said in a court-ordered joint status report filed Thursday that the ACLU should use its “considerable resources and their network of law firms, NGOs, volunteers and others” to find deported parents and orchestrate reunification.

The rights group said it had made clear that it would help however it could, but that “the Government must bear the ultimate burden of finding the parents.” “Not only was it the government’s unconstitutional separation practice that led to this crisis, but the United States Government has far more resources than any group of NGOs,” it said in the report.

Gelernt also accused Washington of holding back information that could help locate the deported parents. “Every day the government has sat on this information has been another day of suffering for these families,” he said.

Sabraw had ordered on June 26 that all children under five years of age be reunited with their guardians by July 10, and all other children by July 26.

The government said it had met that deadline, but children remained in custody because family ties had not been confirmed, or the parent had a criminal record, a communicable disease or could not be found.