US military disaster in Yemen: Trump’s Bay of Pigs? 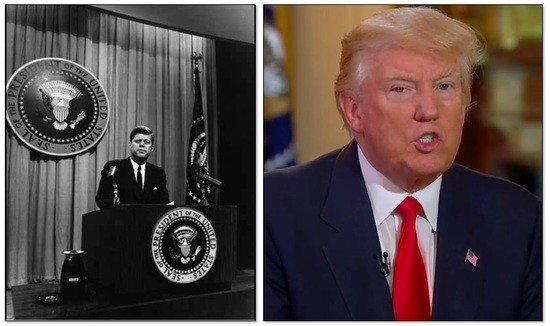 NBC News is reporting that contrary to what U.S. officials have been maintaining, the goal of the recent U.S. military attack in Yemen was not to capture computers but rather to kill or capture a man named Qassim al-Rimi, the head of al-Qaeda in the Arabian Peninsula, who U.S. officials say is the third most dangerous terrorist in the world.

The attackers failed to achieve their mission but in the process left an 8-year-old American girl dead, along with several other children and women. A U.S. soldier, William Owens, lost his life in the battle as well. Meanwhile, al-Rimi is taunting President Trump and the Pentagon in an audio message that has been posted on the Internet.

US – Cuba: Bay of pigs disaster

The goal of the Bay of Pigs attack was to oust Cuban President Fidel Castro from power and reinstall a pro-U.S. regime, one that could be controlled and managed by the U.S. government. Like the Yemen raid, the mission failed, with the invaders being killed or captured by Castro’s forces.

Once Kennedy was elected, the CIA knew that they were dealing with a neophyte president, one who has had little experience in foreign affairs. Kennedy’s predecessor, President Eisenhower, who was getting up in years, had not focused much attention on controlling the ever-growing power of the Pentagon and the CIA in the eight years he was in office, a decision he seemed to regret at the end of his term in office when he warned the American people about the dangers that the “military-industrial complex” posed to the liberties and democratic processes of the American people.

As soon as Kennedy took office, the CIA presented him with its plan to invade Cuba using CIA-trained Cuban exiles as proxies

Throughout Ike’s eight years in office, the CIA grew in power and influence. It was during this time that the CIA began specializing in assassinations, which would ultimately become one of its primary areas of expertise. It was also during this time that the CIA began engaging in what would become its other primary area of expertise, regime-change operations, such as the ones in Iran and Guatemala in 1953 and 1954.

Like many others, CIA officials were convinced that Vice-President Richard Nixon would be elected president in 1960. If that had been the case, the CIA would have continued to have free reign when it came to protecting “national security.” In fact, planning for the Bay of Pigs invasion had actually begun under the Eisenhower-Nixon regime, and the CIA simply assumed that the plan would be carried out under a Nixon administration.

Like many others, CIA officials were quite surprised when the U.S. senator from Massachusetts defeated the vice-president of the United States in the 1960 presidential election.

CIA plan to Kennedy on Cuba

As soon as Kennedy took office, the CIA presented him with its plan to invade Cuba using CIA-trained Cuban exiles as proxies. The idea was to make it appear (falsely) that the United States had nothing to do with the invasion. Kennedy’s job would be to become a liar-in-chief soon after becoming president by telling the world (falsely) that the U.S. government had had nothing to do with the invasion.

When Kennedy asked the CIA whether the invasion could succeed in the absence of U.S. air support or other direct U.S. military intervention, the CIA said yes — that no U.S. air support would be necessary.

But the CIA lied, which certainly wouldn’t surprise anyone today given that lying is part of the job description of every CIA agent. Knowing that the operation could not succeed without U.S. air support, the CIA nevertheless told Kennedy that it could. Kennedy, for his part, emphasized that there would be no U.S. air support for the mission.

Why would the CIA lie about the need for air support? Because the experienced hands at the CIA were setting up the neophyte president. They figured that once the invasion got underway and in danger of failing, Kennedy would feel pressured to provide the needed air support in order to avoid the public shame of having the invasion defeated by the communist regime 90 miles away from American shores.

They didn’t know John F. Kennedy very well. Once the operation started to fail, the CIA approached Kennedy and requested the air support. Kennedy told them that he had meant what he had said — no air support. The mission went down to defeat, and afterward, the CIA, the Cuban exile community, and the American right wing presented Kennedy as a coward and a traitor who had betrayed America, Cuba, and the cause of freedom.

He also vowed to tear the CIA into a thousand pieces and scatter them to the winds.

Kennedy knew better. While he took public responsibility for the debacle, he understood fully that he had been set up by the CIA, and he was livid about it. He fired the much-revered CIA Director Allen Dulles (who, in one of the most interesting conflicts of interest in history, would later be appointed to the official commission charged with investigating Kennedy’s assassination) and CIA Director for Plans Richard Bissel. He also vowed to tear the CIA into a thousand pieces and scatter them to the winds. He tightened up the reins of control over CIA operations. He wished he had put his brother Bobby in charge of the CIA rather than appoint him Attorney General.

Kennedy’s war with the CIA, as well as his later war with the military-industrial complex, progressively grew worse during the 3 years of his administration, culminating in JFK’s dramatic move toward peace with the communist world after the Cuban Missile Crisis, over the vehement objections of the Pentagon and the CIA. The war came to an end on November 22, 1963.

US Congress to ban Chinese products made by enslaved Muslims