US Assistant Secretary of State Alice Wells said that Washington has planned to dispatch 15 trade delegations to Pakistan in 2020, with the agenda to explore new avenues for expanding and increasing trade relations between the two countries. 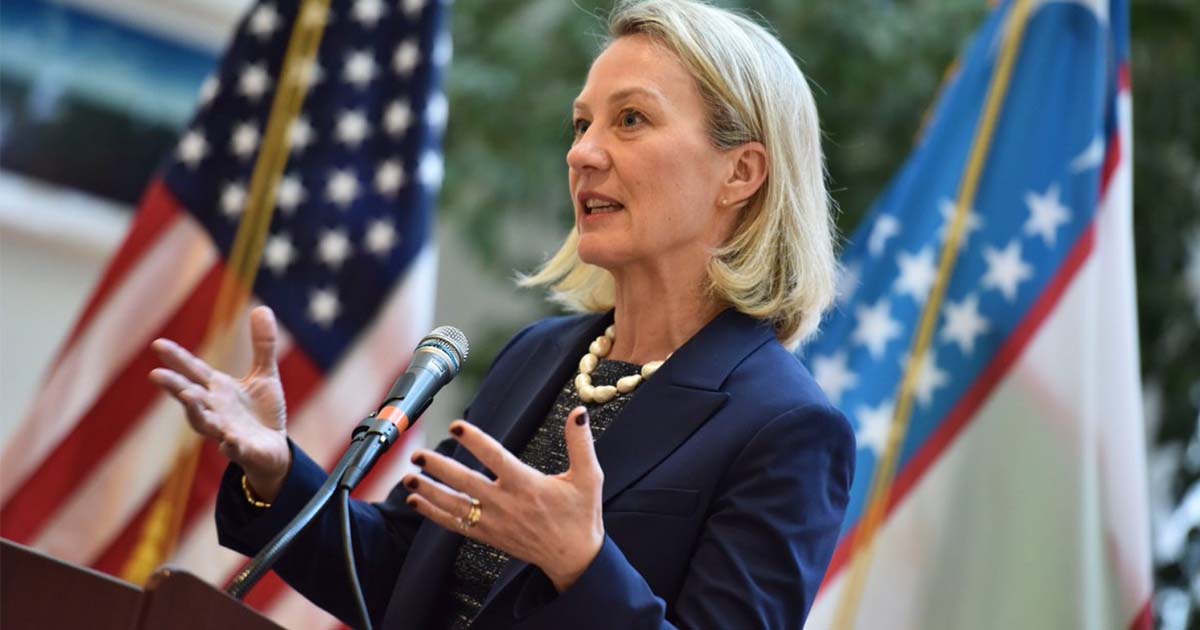 The United States intends to dispatch 15 trade delegations to Pakistan in 2020 to explore the potential avenues for expanding trade collaborations with the country.

This development was revealed by Alice Wells, the US Assistant Secretary of State, during her talk at the Wilson Center, a Washington-based think tank, with regards to a recent paper focused on the impact of the China-Pakistan Economic Corridor (CPEC) and recommendations of the expansion of trade between the US and Pakistan.

During her conversation at the Wilson Center, the transcript of which was made available at the official site of the US State Department, Alice Wells observed that During Prime Minister Imran Khan’s visit to the White House in July, President Donald Trump was “extremely enthusiastic” about expanding and increasing US-Pakistan trade and investment relations.

She said, “And both our governments are working very hard to find practical ways to do that.” The US Assistant Secretary for State also commended Pakistan for climbing 28 slots on the World Bank’s 2020 Ease of Doing Business ranking, and for being highlighted as one of the top ten global reformers.

Wells said, “The World Bank report highlighted Pakistan’s ambitious reform strategy.” With regards to Washington’s agendas to increase trade relations, Alice Wells said, “The U.S. Commerce Department has already stepped up its activity in Pakistan with 15 trade delegations planned for the next year.”

The US Assistant Secretary of State continued, “And once the new expanded Development Finance Corporation or DFC is stood up, Pakistan is going to be a country of great interest. The DFC will have more than double the investment cap than OPIC, increasing from 29 billion to 60 billion, enabling projects that have high standards and are financially sustainable over the long haul.”

Comparing the US policies with those of China under CPEC, Wells said, “Because mind you, unlike Communist China, the United States doesn’t tell U.S. business where to go.  They go where they see the greatest opportunities for mutual benefit, and in that way true sustainable development is really a marathon and not a sprint. “

She observed that in order to enjoy mutually beneficial opportunities, it is important to ensure the “development of effective regulatory framework, strong rule of law, fiscal health, and an enabling business climate.”

US Businesses in Pakistan

The US Assistant Secretary of State recounted the investments made by US companies in Pakistan. She said, “ExxonMobil has been working to support Pakistan’s ambitious effort to access new LNG supplies. Over the last five years PepsiCo has invested $800 million to expand its infrastructure and diversify products, and Coca-Cola has invested $500 million in the last couple of years, providing thousands of jobs for Pakistanis.”

Increasing from 29 billion to 60 billion, enabling projects that have high standards and are financially sustainable over the long haul.”

Wells observed that Uber Technologies penetrated the Pakistan market in 2016, and presently, it runs its operations across nine cities, creating employment opportunities for thousands of Pakistan. Highlighting the partnership between Washington and Islamabad, Wells observed that the US primarily undertakes development initiatives in the “form of grants — not loans”.

She said, “The United States government partners with Pakistan to adopt reforms, empower local communities and achieve self-reliance and prosperity.  And just to be crystal clear, the U.S.-Pakistan development partnership has primarily taken the form of grants — not loans.”

Wells cited more examples of US assistance to Pakistan, including the addition of 3500 megawatts to the power supply, over 1.7 billion worth of energy investments, and aiding in financing the first LNG terminal in the country. She highlighted that in the education sector, the US has trained 45,000 teachers and school administrators, funded over 800 Pakistan students a year with scholarships to attend schools in the US through the Fulbright program.

Since 2010, Wells noted that Washington has trained more than 91,000 law enforcement personnel. She added, “Over the decades, we can take pride in the fact that the United States has helped establish some of Pakistan’s most prestigious educational institutions and centers including Lahore University of Management Sciences, the Institute for Business Administration, the Jinnah Postgraduate Medical Centre; the Center for Advanced Studies in Energy at the National University of Science and Technology.”

Who was behind Lahore bomb blast?

News Desk - 24 June 2021
Three people were killed and 21 injured on Wednesday after a bomb blast at Lahore's Johar Town. Pakistani security agencies and analysts are discussing possible factors behind blast in the provincial capital. Can India be behind the attack?

Who was behind Lahore bomb blast?