The US Congress has introduced a historic arms registration and regulation bill in honor of Sabika Sheikh, the Pakistan exchange student who was killed in the Santa Fe High School shooting in May 2018. The Sabika Sheikh Firearm Licensing & Registration Act introduces a detailed process of registering and licensing guns and ammunition. 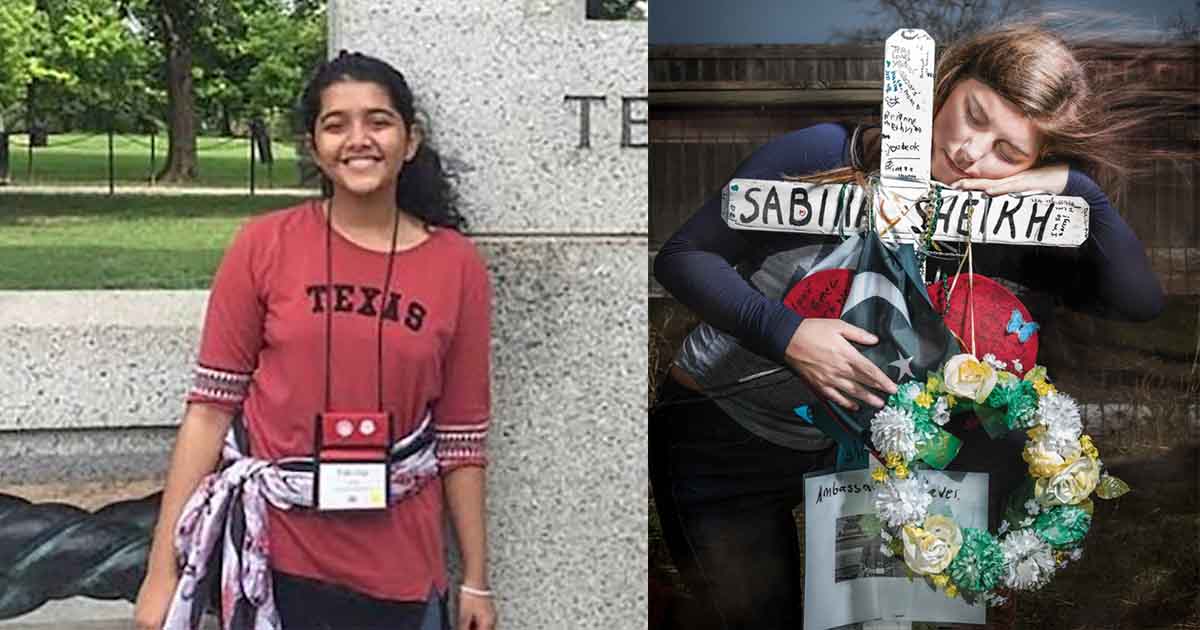 On 26th July, the United States Congress introduced The Sabika Sheikh Firearm Licensing & Registration Act; a historic bill that introduces a comprehensive process for licensing and registering guns and ammunition in the US. The bill was introduced in the honor of Sabika Sheikh, a Pakistan exchange student who was killed in a brutal Texas school shooting incident in May 2018.

Sabika Sheikh, a student from Pakistan who was reportedly participating in an exchange program backed by the US State Department, was among the 10 people killed in the Texas high school shooting https://t.co/VHA9TgWUf3 pic.twitter.com/3duBKxSOVb

Sabika Sheikh was studying in Texas through an exchange program conducted by the Kennedy-Lugar Youth Exchange and Study (YES) programme. Sabika was amongst the 10 school children killed in the Santa Fe High School shooting, on 18th May, 2018.

Read more: Amid plague of US mass shootings, ‘heroes’ emerge

The credit for ushering this historic bill goes to Shaheera Jalil Albasit, another Fulbright scholarship Pakistani exchange student and Sabika’s cousin, who worked tirelessly to demand justice and legal protection for her cousin and other students.

Gun reform law named after Sabika Sheikh, student from Pakistan shot in Houston. Credit goes to @shaheerajalil, Pakistani activist who worked tirelessly for it. She is returning to Pak.Hope she finds conducive environment here for continuing her activism.https://t.co/l0IGXEhp4j

Shaheera: Voice behind the Bill

Sharing her journey through a heart-felt post on Facebook, Shaheera explained how the death of her cousin changed her life, and compelled her to embrace the life of an activist, and work tirelessly towards her purpose. Shaheera noted that she and Sabika had arrived in the US as exchange students in 2017, and Sabika was brutally murdered after she finished her first graduate year.

Shaheera wrote, “Once you have seen murder so closely, the murder of your dearest, everything changes at its most fundamental level. The smell, the sound, the sight, the air that night, everything stands still, frozen in time. In July 2019, I finally stepped into the classroom where Sabika was killed. The utter helplessness of her final moments before being shot stands still, frozen in time, in that barren room.”

After Sabika’s murder, Shaheera returned to the US with a powerful purpose, which was, in her own words, “to get a gun safety legislation introduced for her in US Congress.” She noted that there were many challenges and hurdles in the beginning, and she struggled to get her point across during protests. Narrating her struggle to highlighting the legal developments from the shooting’s trial, Shaheera recounted the refusals of US and international media to cover the Santa Fe shooting.

The police identified that the shooter was a 17-year old boy, Dimitrios Pagourtzis, who was taken into custody immediately after the attack.

Shaheera wrote, “In February 2019, I started coordinating with the Office of Congresswoman Sheila Jackson Lee on a comprehensive Gun Reforms Act prepared diligently by Kristina Woods who lost her own sibling to gun violence. It has taken extreme discipline for me to understand policy writing, to decode the legality of US statutes, and finally prepare 3-gun bills from the original Act”

She further added, “On July 26, 2019, miraculously on the very last working day before my departure from US, I stood in the same building, the US Capitol, alongside 2 Congresswomen, and introduced ‘The Sabika Sheikh Firearm Licensing & Registration Act’. A first-of-its-length, historic bill which prescribes a complete process for guns and ammunition in the US to be licensed and registered. I now look toward gun violence prevention groups to ensure that this life-saving bill becomes law.”

Read more: Student killed in US school shooting near Columbine

As Shaheera returns back to homeland having achieved her goal, she reveals that progressive youth-led politics and the sentiments of the communities suffering the brunt of gun violence. Shaheera wrote, “In these 436 days since Sabika’s shooting, I experienced a bit of the contentious US politics from within.”

Narrating her struggle to highlighting the legal developments from the shooting’s trial, Shaheera recounted the refusals of US and international media to cover the Santa Fe shooting.

“From having humbling opportunities to speak at public protests in multiple US cities, to being a small part of one of the most progressive youth-led politics, to hearing from most disenfranchised communities impacted by gun violence, to deliberating with both compassionate and hawkish lawmakers in highest echelons of the United States, I have seen a world.”

The death of Sabika Sheikh, a Pakistan girl hailing from Karachi, saddened people across the country and the world. She was amongst the 10 students killed in Santa Fe High School, when a gunman opened fire on the morning of Friday, 18th May 2018.

The police identified that the shooter was a 17-year old boy, Dimitrios Pagourtzis, who was taken into custody immediately after the attack.

My Fulbright Journey: The Story of an Old Burglar

Iran to disregard all restrictions on its Nuclear Program and will forego limit on centrifuges in the...