"For years, these (trade) abuses were tolerated, ignored, or even encouraged," Trump said, arguing that globalism had caused world leaders "to ignore their own national interests. 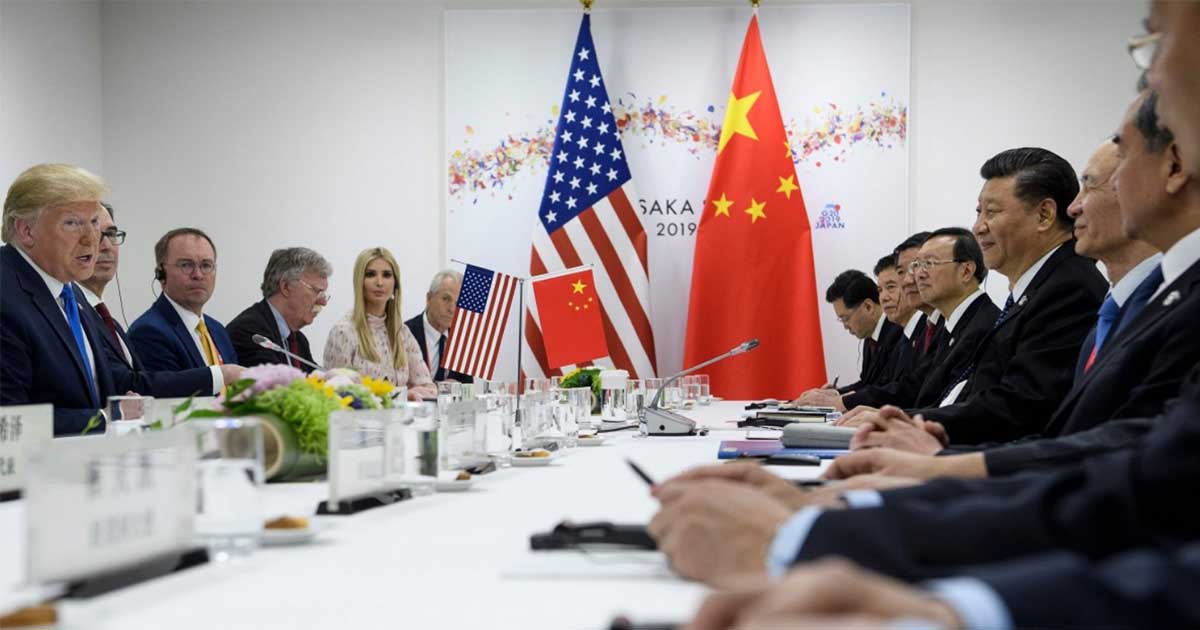 The United States ramped up pressure on China at the UN General Assembly Tuesday, rallying countries against Beijing’s treatment of Uighur Muslims and warning it is watching Hong Kong. President Donald Trump fired several shots across the bow of the fellow Security Council member, moving beyond his typical attacks against China on international trade.

“The world fully expects that the Chinese government will honor its binding treaty… (and) protect Hong Kong’s freedom and legal system and democratic ways of life,” Trump told the General Assembly.

China angrily criticized the US for organizing the conference and called for it “to stop interfering in China’s internal affairs,” according to the Xinhua state news agency.

“How China chooses to handle the situation will say a great deal about its role in the world and the future,” the Republican tycoon added during his third appearance at the diplomatic forum in New York.

It marked one of his most strident speeches on the situation in Hong Kong since massive anti-government protests broke out there three months ago. The demonstrations have triggered the Asian financial hub’s biggest political crisis since its handover from Britain to China in 1997.

Until Tuesday, Trump had largely left it to the State Department to demand respect for the handover treaty, which grants the territory a “high degree of autonomy,” its own judicial, legislative and executive system, and the protection of its “way of life.”

He said the world was “counting on President Xi (Jinping) as a great leader” who could resolve the crisis. The US president also let rip on international trade during his address, declaring that the time of Beijing’s “abuses” of the system was “over.”

“For years, these (trade) abuses were tolerated, ignored, or even encouraged,” he said, arguing that globalism had caused world leaders “to ignore their own national interests. Touting what he argued were the benefits of his tariff war with China, Trump reiterated his hope that a trade agreement “beneficial to both countries” could be struck.

“But as I said very clearly, I will not accept a bad deal for the American people,” he said. Chinese Foreign Minister Wang Yi urged cooperation between the two countries late Tuesday, saying the trade dispute had “inflicted losses on both sides.”

But if proof was needed of the animosity between the rival powers, then it could be found in the US State Department organizing an event Tuesday to highlight the plight of Uighurs in China.

The conference was held on the sidelines of the General Assembly to garner support “to demand and compel an immediate end to China’s horrific campaign of repression,” John Sullivan, the US’s second-highest diplomat, said.

“We cannot be the only guardians of the truth nor the only members of the international community to call out China and demand that they stop,” Sullivan added. Washington and human rights organizations accuse Beijing of interning a million or more Muslims, mainly ethnic Uighurs, in the northwestern Xinjiang region of China.

“History will judge the international community for how we respond to this attack on human rights and fundamental freedoms,” said the deputy secretary of state. He rejected China’s claims that the camps are vocational training centers and slammed their efforts to present the policy in the region as a “counter-terrorism” campaign.

“In Xinjiang, the Chinese government prevents Muslims from praying and reading the Quran, and it has destroyed or defaced a great number of mosques,” Sullivan said. “This is a systematic campaign by the Chinese Communist Party to stop its own citizens from exercising their unalienable right to religious freedom.”

Sullivan said the UN must seek “unhindered” access to Xinjiang so that it can “investigate and closely monitor China’s human rights abuses.” China angrily criticized the US for organizing the conference and called for it “to stop interfering in China’s internal affairs,” according to the Xinhua state news agency.

UN Secretary-General Antonio Guterres opened the summit on Tuesday warning of a “great fracture” between the US and China.

He said he feared them “creating two separate and competing worlds, each with their own dominant currency, trade and financial rules, their own internet and artificial intelligence capacities, and their own zero sum geopolitical and military strategies.”