US reports fewer virus deaths as WHO hails global progress

The United States has reported less than 900 coronavirus deaths in two consecutive days. This is a pleasant rebound from the days when the US reported thousands of virus deaths in a single day. The WHO has also shown optimism while praising global efforts to confront coronavirus. Can we expect a complete termination of COVID-19 in the near future? 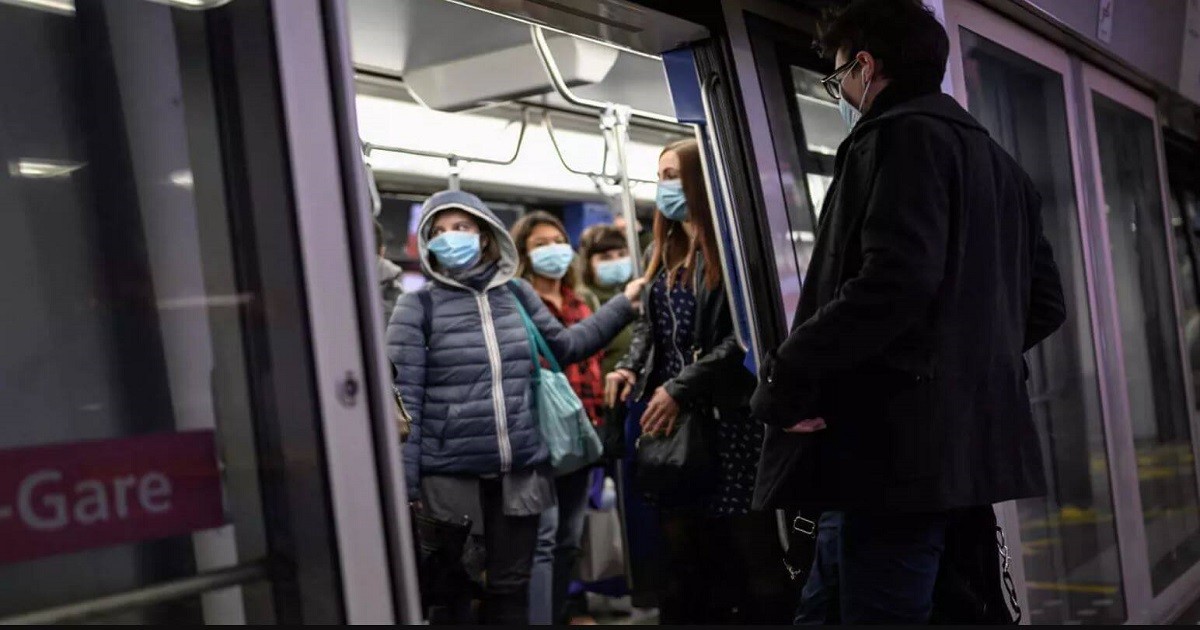 The United States logged a second consecutive day of fewer than 900 coronavirus deaths, as the World Health Organization hailed global progress but warned of the need for “extreme vigilance” against a second wave.

Optimism was tempered by the increasingly dire economic situation, with Boeing’s chief executive warning a major US airline would likely go under because of the pandemic, as jobs vanish and businesses go to the wall.

The virus has now killed more than 285,000 people, according to a tally compiled by AFP. The number of infections has surpassed 4.1 million.

Infection rates in many countries have started to slow, the World Health Organization (WHO) noted, with weeks of lockdown paying dividends.

“The good news is that there has been a great deal of success in slowing the virus and ultimately saving lives,” WHO director-general Tedros Adhanom Ghebreyesus told a virtual briefing.

NEW YORK: The United States logged a second consecutive day of fewer than 900 coronavirus deaths, as the World Health Organization hailed global progress but warned of the need for "extreme vigilance" against a second wave. #BangkokPost #World https://t.co/rOB2FYglRk

But the global health body warned of a second wave of transmission, with emergencies chief Michael Ryan lamenting that some governments were choosing to “drive through this blind” by not ramping up capacity to test and trace.

Swathes of the US have opened up in recent days, despite warnings that the virus is not fully under control in the world’s worst-hit country.

There was some qualified good news for Americans on Monday, with a tally showing 830 deaths in 24 hours — a second consecutive day of fewer than 900.

Nevertheless, more than 80,000 people are known to have died from the disease since it hit America’s shores.

Read more: WHO warns coronavirus will stay for a longer time as vaccine trials start

The true human cost could be much higher.

In a study, the US Centers for Disease Control and Prevention said the number of dead in worst-hit New York could be around 30 percent more than the official toll.

The virus appeared to have gained a foothold in the White House over the weekend, with a second confirmed case in the West Wing.

Staff there were told Monday they had to wear masks at work, and Trump said he might limit contact with his deputy after an aide to Vice President Mike Pence tested positive.

“We can talk on the phone,” he said of Pence. “He tested negative, so we have to understand that, but he comes into contact with a lot of people.”

Trump, who is desperately seeking to reboot the economy ahead of the November election, said the US was making “tremendous strides” in ramping up testing and the number of virus infections is “coming down very rapidly.”

He said it was essential to get the country reopened.

“The people want our country open,” the president said.

In California, which retains many of the restrictions dispensed with by other states, Tesla’s outspoken boss Elon Musk said he would defy local rules and get his plant back in action.

“I will be on the line with everyone else. If anyone is arrested, I ask that it only be me.”

Tens of millions of people have lost their jobs around the world in shutdowns designed to limit the spread of the coronavirus. The global progress in the fight against coronavirus will bear fruit.

Industry chiefs say the economic impact could be disastrous.

Read more: Trump confident about Coronavirus vaccine by the end of this year

“It’s most likely,” Boeing CEO David Calhoun told a reporter when asked if a major US airline could go bust over the coming months.

“You know something will happen in September,” Calhoun said. “Traffic levels will not be back to 100 percent, they won’t even be back to 25.”

In Europe, where infection rates and death tolls have significantly tailed off, millions of people have begun emerging from lockdown.

The French were able to venture outdoors without filling in a permit for the first time in nearly eight weeks on Monday, and some shops reopened their doors.

The wide boulevards of the Champs-Elysees in Paris were once again back to life with shoppers waiting patiently to make purchases. The global progress in coronavirus recoveries will make sense.

Spaniards reveled in being able to visit outdoor terraces and cafes after months under one of the world’s toughest lockdowns, although virus hotspots such as Madrid and Barcelona remain under wraps.

#France will reopen schools on May 11 with tests for 700,000 people per week while #Spain considers using rota system to let people outside as countries across #Europe emerge from lockdownhttps://t.co/qN3Iyi5FHi https://t.co/VcryQ3FtDo

“It’s very emotional, almost as if we were opening for the first time,” said a smiling Raffa Olivier after setting up tables outside his ice-cream parlour for the first time in two months in the Spanish seaside town of Tarragona. The global progress against coronavirus will increase.

Shopping strips were once again populated in Greece, while in other parts of Europe — from the Netherlands to Switzerland and Croatia — youngsters headed back to the classroom after weeks at home.

In Asia, normal life was also getting back on track with trains restarting in India later Tuesday.

Shanghai Disneyland reopened at the start of the week, and many workers returned to offices in Hong Kong.

The resurgence of activity came despite a scare on Monday when China and South Korea both reported a spike in new infections.

But China had no new domestic cases on Tuesday and for the 27th consecutive day there were no deaths.

There was also light at the end of the tunnel for sports fans.

Italian football’s Serie A clubs are set to return to team training from May 18, and Germany’s Bundesliga will kick off on Saturday — but without fans.

“It’s a good feeling. We are now looking forward to being able to resume playing,” said Bayern chairman Karl-Heinz Rummenigge.

It is “an important and wonderful signal for the Bundesliga.”

Obama is responsible for the spread of corona-virus in US: Blames Trump