US sanctions on Iran, ‘toughest ever,’ take force Monday 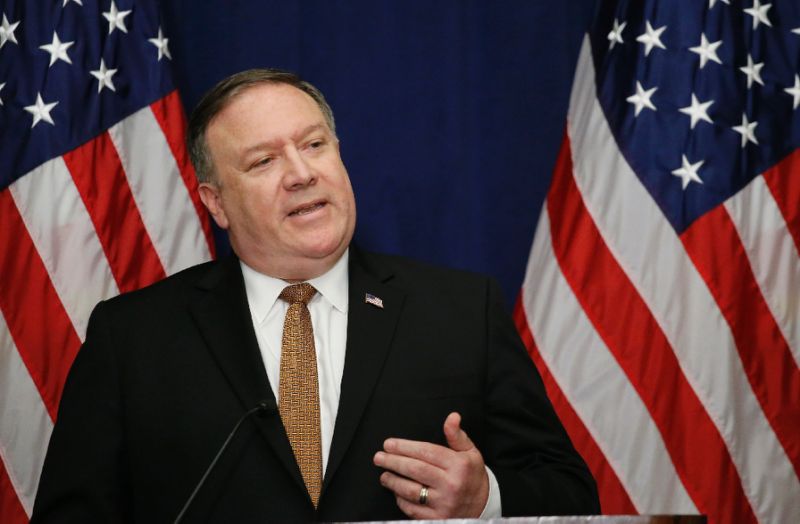 The United States is reimposing punitive measures targeting the Iranian oil and financial sectors in what US Secretary of State Mike Pompeo called “the toughest sanctions ever placed” against Iran. Taking effect Monday, the measures are the most concrete result yet of US President Donald Trump’s controversial decision in May to abandon the multi-nation nuclear deal with Tehran.

They will directly affect companies from third countries doing business with Iran. They could upset world oil markets, though the US has granted temporary waivers to eight jurisdictions to continue importing Iranian oil.

Iranian oil exports have fallen by about a million barrels a day in that time, though India and China have continued to purchase it.

Iran’s supreme leader Ayatollah Ali Khamenei denounced the measures on Saturday, saying Trump had “disgraced” US prestige and would be the ultimate loser in the long-running quarrel between the countries.

The US side was unmoved. “Sanctions from the United States will be reimposed at midnight tonight,” Pompeo told CBS’s “Face the Nation.” He said what he called “the terror regime” in Tehran must change its ways.

Read more: Iran to open lawsuit against US sanctions at ICJ

World oil markets were on alert, nervously set to gauge the consequences of the sanctions. “All eyes will be on Iranian exports, whether there will be some cheating around US sanctions, and on how quickly production will fall,” said Riccardo Fabiani, an analyst for Energy Aspects.

Oil is Iran’s main source of income. But the sword has two edges: Iran is also the OPEC cartel’s third-largest producer. The US stance has already inflicted serious pain on Iranians, with the country’s currency, the rial, losing more than two thirds of its value since May.

The measures are the most concrete result yet of US President Donald Trump’s controversial decision in May to abandon the multi-nation nuclear deal with Tehran.

Iranian oil exports have fallen by about a million barrels a day in that time, though India and China have continued to purchase it. Most Europeans, as well as Japan and South Korea, have stopped. Asked if the US had firm commitments from India and China to stop all oil purchases from Iran within six months, Pompeo replied: “Watch what we do.

Watch as we’ve already taken more crude oil off the market than any time in previous history.” Saudi Arabia is the only country with the capacity to make up for lost Iranian oil production.

Read more: ICJ’s ruling on US sanctions against Iran coming this week

Hours before the fresh sanctions went ahead, thousands of people in Iran marked the anniversary of the 1979 hostage-taking at the US embassy by carrying placards mocking Trump and burning American flags and fake dollars.

Trump has long argued that the 2015 nuclear deal is badly flawed, in part because its provisions would expire in 10 to 15 years and partly because it does not adequately constrain Iran’s destabilizing behavior in the region.

The US stance has already inflicted serious pain on Iranians, with the country’s currency, the rial, losing more than two thirds of its value since May.

His decision was widely criticized abroad and by Democrats at home, who said that while imperfect, the pact had placed the Iranian nuclear program under the tightest scrutiny ever. In parallel with the imposition of the crude oil sanctions, the US Treasury Department is placing more than 600 Iranian individuals and entities on a blacklist.

And Pompeo said that any Iranian banks involved in “sanctionable behavior will be sanctioned by the Department of Treasury, period, full stop.” The European Union has established a mechanism to permit its multinational companies to maintain presences in Iran, but all signs are that the US sanctions will be dissuasive.

Both Airbus and Total have announced plans to leave Iran. A first set of sanctions announced August 7 prompted European automakers Daimler and PSA to quit Iran. To continue exporting crude oil, Iranian tankers in recent weeks have been turning off their transponders to avoid detection. But satellites have continued to track them.

‘I am still a commissioned officer’, says Kulbhushan Jadhav