US sanctions Pakistani companies to set stage for NSG Meeting in April? 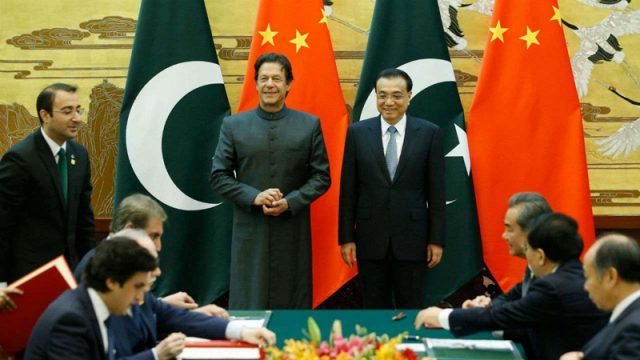 US has, this week, added 7 Pakistani companies to the “Entity List” maintained by its Department of Commerce, in an action that is widely seen as setting stage to facilitate Indian position in the next meeting of Nuclear Suppliers Group (NSG).

The Bureau of Industry and Security (BIS) of the U.S. Department of Commerce has amended its Export Administration Regulations (EAR) by adding 15 South Sudanese entities and 7 Pakistani companies plus another based in Singapore to what is commonly described as “Entity List” (Supplement No. 4 to part 744 of the EAR). US claims that actions of these companies are contrary to US national interests.

US efforts to include India into NSG while keeping Pakistan out can further jeopardize the nuclear imbalance in South Asia – a fact to which US media and think tank community remains mostly oblivious.

Indian media are reporting that US actions will now make it difficult for Pakistan to get entry into the Nuclear Suppliers Group (NSG) where both India and Pakistan are applicants. Pakistani officials in Foreign Office – to whom GVS spoke with off the record – maintain that US actions in the last week of March, just days before the next NSG meeting on 9 April, unfortunately, exhibit a clear political agenda to influence next NSG meeting.

However, they insist US actions are mostly designed to increase pressures on public mind through a generalized media narrative because issues inside NSG are complex and represent multilateral interests and considerations.

Regarding the 15 Sudanese companies, US has made a broad assertion that these are contributing to the ongoing crisis in South Sudan because they are a source of substantial revenue that, through public corruption, is being used to fund the purchase of weapons and other material that undermines the peace, security, and stability of South Sudan rather than support the welfare of the South Sudanese people.

But Pakistani companies have been listed on the basis of their involvement in the proliferation of unsafeguarded nuclear related activities that are contrary to the national security or foreign policy interests of the United States. Two companies are accused of procuring supplies for nuclear-related entities already on the list and the remaining two are accused of acting as fronts for listed entities. An eighth Pakistani entity is based in Singapore.

But Pakistani foreign office points out that Pakistani government has not been consulted before making these determinations. This is surprising because Pakistan is actively engaged with the US in ensuring better Export Controls and has offered “End Use Assurances” and “Post Shipment Verifications”. All the Pakistani civilian nuclear facilities – unlike India – are under IAEA Safeguards and undergo routine IAEA inspections by visiting inspectors and only recently DG IAEA (Yukiya Amano) affirmed full faith in Pakistani safeguards. IAEA safeguards ensure that imports received by Nuclear facilities are not diverted internally or exported to third countries.

US lead discriminatory approach is thus a major blow to international non-proliferation regime. China’s application for MTCR is pending for several years whereas India – under US lobbying – bypassed China and became a member soon after the Indo-US Nuclear Deal of 2008.

While Pakistani system is straight forward and transparent, India presents a very complex picture where under US-India Nuclear Deal of 2008, eight Indian civilian nuclear facilities are not under IAEA safeguards. US has managed to influence NSG to get India these exemptions. Pakistani officials point out that Pakistan and many other countries have been protesting on this “anomaly” which makes a hash of the whole non-discrimination regime and is patently discriminatory against other countries. Add to this the irony that NSG was set up in 1974 in reaction to Indian proliferation activities.

Read more: India looks to woo adamant China for entry into NSG: Will…

The End-user Review Committee (ERC) of the US Department of Commerce determined that Mushko Logistics Pvt. Ltd., Singapore, and Mushko Electronics Pvt. Ltd., Pakistan, be added to the list on the grounds that these entities procured items for several Pakistani entities on the entity list. The Committee has also determined that “Solutions Engineering, Pakistan” be added to the list based on its involvement in activities contrary to US national security and foreign policy interests.

Specifically, the ERC determined that this entity has been involved in the procurement of US-origin items on behalf of nuclear-related entities in Pakistan that are already on the ERC list. For the remaining five Pakistani entities, the ERC determined that three of the entities, Akhtar & Munir, Proficient Engineers and Pervaiz Commercial Trading Co. (PCTC), be added based on their involvement in the proliferation of unsafeguarded nuclear activities.

US Actions Motivated by Political Considerations?

Pakistani sources point out that US determinations are often made under political considerations. While countries and companies have right to hire lawyers and make representations but process remains opaque. While US determinations are directed towards the US companies mandating them to seek licenses for export to the companies on “Entity List” the practical implications are technology transfer restrictions being imposed on countries facing US displeasure for one or the other reason.

Pakistani foreign office points out that Pakistani government has not been consulted before making these determinations. This is surprising because Pakistan is actively engaged with the US in ensuring better Export Controls and has offered “End Use Assurances” and “Post Shipment Verifications”.

Trump Administration, displeased with Pakistan’s reluctance to provide active military help against Taliban in Afghanistan, (and perhaps also by domestic political change in Pakistan) has already been increasing pressure on Pakistan through various actions. Though US maintains one of its largest embassies in Islamabad – that spread on 43 acres extending to 7% of Diplomatic Enclave – its military and economic cooperation with Pakistan cited for its diplomatic expansion in 2009/10 now stands at dead end. After cutting off Pakistan’s military aid, CSF and other economic assistance Trump administration actively pushed members of Financial Action Task Force (FATF) to place Pakistan on grey list. The latest development of listing 8 Pakistani companies in the “Entity List” of Commerce Department thus represents a continuation of the Trump Administration’s pressure tactics.

Many companies from Russia, China, India and even Israel are on the “Entity List”. However, Israel, a de-facto nuclear power, albeit undeclared, has not shown any interest in the membership of NSG but faces no difficulties in procuring items or products, from international market, needed for its industry. Indian companies, since 2013-14, are gradually coming out of the “Entity List”; this synchronizes with the US administrations actively lobbying for New Delhi to enter the Export Control Regime.

Read more: The US whips up tensions in South Asia; Delhi’s NSG membership…

Currently there are four voluntary associations representing Export Control Regimes. These are Nuclear Suppliers Group (NSG), The Wassenaar Arrangement (WA on Export Controls for Conventional Arms and Dual-Use Goods and Technologies), The Australia Group (AG) for control of chemical and biological technology that could be weaponized and the Missile Technology Control Regime (MTCR). But entry to these groups is mostly influenced if not controlled by the United States which has actively lobbied for Indian entry over the past two years.

India, a non-NPT state, thus became member of MTCR in June 2016, of Wassenaar Arrangement (WA) in Dec, 2017, and of Australia Group on Jan 18, 2018. Iran a signatory to NPT faces all kinds of restrictions. Russia has not been able to become a member of Australia Group and China is only member of NSG. US lead discriminatory approach is thus a major blow to international non-proliferation regime. China’s application for MTCR is pending for several years whereas India – under US lobbying – bypassed China and became a member soon after the Indo-US Nuclear Deal of 2008.

Indian companies, since 2013-14, are gradually coming out of the “Entity List”; this synchronizes with the US administrations actively lobbying for New Delhi to enter the Export Control Regime.

Given this nature of politics around the Export Control Regime and its associations, Pakistan foreign office has been carefully studying its options; its only an applicant to NSG membership – after India applied. Within NSG, all decision making is by consensus of its 48 members; this applies to new membership. Pakistan is thus concerned that if India entered before Pakistan it will for ever block Pakistan’s entry into the NSG. While the US has been actively lobbying for Indian entry, China, Turkey and some other member states assert a “criteria based entry” into the NSG.

Given that 8 Indian civilian nuclear facilities out of 22 have been granted an exemption from IAEA inspections facilities India’s ability to divert nuclear fuel from these facilities for its defense needs already risks creating serious strategic imbalance in South Asia. US efforts to include India into NSG while keeping Pakistan out can further jeopardize the nuclear imbalance in South Asia – a fact to which US media and think tank community remains mostly oblivious.

US actions of arbitrarily sanctioning Pakistani companies – through additions to Entity List – only days before the next meeting of NSG (9 April) is to increase pressure against Pakistan through a media driven narrative. To what extent it can influence well considered positons inside NSG remains to be seen.

Previous articleAre China and US marching towards a Trade War?
Next articleJewish Conspiracy not needed; we have Maulana Fazal – Imran Khan

25 September 2021
Previous articleAre China and US marching towards a Trade War?
Next articleJewish Conspiracy not needed; we have Maulana Fazal – Imran Khan

How will King Salman’s removal of top military leadership affect the Saudi-Yemen conflict?