US Secretary of State’s visit to Moscow: new friendship or false dawn? 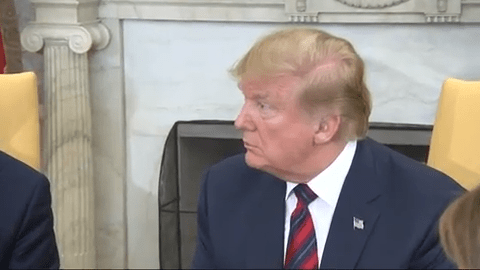 The early reports on the US Secretary of State Rex Tillerson’s talks in Moscow on Wednesday have a positive ring but how far it is real, only time can tell. Indeed, almost in real time as soon as Tillerson’s all-important meeting in the Kremlin with President Vladimir Putin (which lasted for over two hours) got over, President Donald Trump remarked that from the feedback he got, “things went pretty well, better than expected.”

Tillerson had a “very successful meeting in Russia” as the “end result” will show – “which will be in a long period of time, perhaps.”

Trump noted that Tillerson had a “very successful meeting in Russia” as the “end result” will show – “which will be for a long period of time, perhaps.”

Interestingly, Trump said this in the presence of the visiting NATO Secretary-General Jens Stoltenberg at the joint press conference in the White House, adding,

It would be wonderful, as we were discussing just a little while ago (with Stoltenberg) if NATO and our country could get along with Russia. Right now, we’re not getting along with Russia at all. We may be at an all-time low in terms of a relationship with Russia. This has built for a long period of time. But we’re going to see what happens. Putin is the leader of Russia. Russia is a strong country. We’re a very, very strong country. We’re going to see how that all works out.

Read more: G7 sides with Russia: Unexpected setback to the US?

I can tell you that, speaking for myself, by the time I’m finished, it’s going to be a lot better place to live in — because right now it’s nasty.
– Donal Trump

Make no mistake, Trump knows his job. He knows Stoltenberg’s mission was to amplify the cacophony over “Russian aggression”. So, perhaps, he deliberately went into a stream of consciousness:

And I’ll also see about Putin over a period of time. It would be a fantastic thing if we got along with Putin and if we got along with Russia. And that could happen, and it may not happen, it may be just the opposite. I can only tell you what I would like to do. I would love to be able to get along with everybody. Right now, the world is a mess. And I can tell you that, speaking for myself, by the time I’m finished, it’s going to be a lot better place to live in — because right now it’s nasty.

Meanwhile, in Moscow, Russian Foreign Minister Sergey Lavrov described his negotiations with Tillerson as “substantial and very frank.” Obviously, there were sharp differences — future of Syrian President Bashar Al-Assad, for instance. He said Moscow is “realistic” that much effort is needed to overcome the obstacles in the Russia-US ties but “we seek to do that… (and Putin) reaffirmed, our will to do that.”

Tillerson himself described the meeting with Putin as “productive” where they discussed “approaches to improving our channels of communication and there was a “lengthy exchange of views” regarding Syrian situation and “shared perspectives on possible ways forward.” Tillerson underscored that mutual trust is very low and the two countries have differences over a broad range of issues. He said,

The world’s two foremost nuclear powers cannot have this kind of relationship… We need to attempt to put an end to this steady degradation, which is doing nothing to restore the trust between our two countries or to make progress on the issues of the greatest importance to both of us.

Unsurprisingly, Syria topped the agenda of talks. (Ukraine took a back seat, though.) The Russian side seems to have shown willingness to revive the “de-confliction” procedure in the military operations in Syria. The two sides agreed to an investigation by the OPCW at The Hague over the chemical attack in Idlib on April 4. Equally, US-Russia consultations will resume with a view to finding a solution to the Syrian conflict.

The diplomatic channels between Washington and Moscow are clogged, historically as well as thanks to the deliberate policy moves by the Barack Obama administration.

Yet, reading the transcript of the Lavrov-Tillerson press conference in Moscow yesterday, the overpowering sense is one of deja vu. We’ve been there before, haven’t we? The issues and problems in the Russian-American relationship are so deep-rooted and are not only bilateral but also regional – and some even have a global character. This is the main difference between what Trump is attempting with Russia and China respectively. Paradoxically, China-US issues are rather straightforward in comparison – identifiable, quantifiable, and possible to be prioritized – if only the rivalry could be overcome in “win-win” spirit.

Read more: Syria: Will Russia kneel in front of Washington?

The G7 meet in Luca on Tuesday showed that Germany and Italy understand the imperative need to work with Russia to find a solution to the Syrian conflict under UN auspices.

Unlike with US-China relations, however, the diplomatic channels between Washington and Moscow are clogged, historically as well as thanks to the deliberate policy moves by the Barack Obama administration. The good part is that both Lavrov and Tillerson acknowledged the need to improve the state of affairs. Moscow is manifestly keen to have sustained dialogue, explore possibilities for cooperation, and even seeks “joint activities” (as Lavrov put it), but it takes two to tango.

The Trump administration is far from stable and Russophobia is pervasive within the American establishment. Any significant improvement in the relations will take time. Tillerson himself somehow gives the impression of being too decent a fellow to elbow aside roughnecks like Senator John McCain. His influence within Trump’s foreign-policy team also remains unclear. To be sure, Russophobes will now begin sniping at the nascent beginning made by Tillerson in Moscow.

The Russian diplomacy needs to slow down on the American front a bit and work its way back and re-engage Europeans. The G7 meet in Luca on Tuesday showed that Germany and Italy understand the imperative need to work with Russia to find a solution to the Syrian conflict under UN auspices. Federico Mogherini, EU foreign policy chief, is due to visit Moscow on April 24.

Previous article“Mother of all bombs” kills 36 ISIS fighters: Is there more to come?
Next articleSaudi-led alliance: Pakistan must make independent decisions for its own national interest

29 July 2021
Previous article“Mother of all bombs” kills 36 ISIS fighters: Is there more to come?
Next articleSaudi-led alliance: Pakistan must make independent decisions for its own national interest

US helping Saudis enrich uranium displays the strength of their alliance