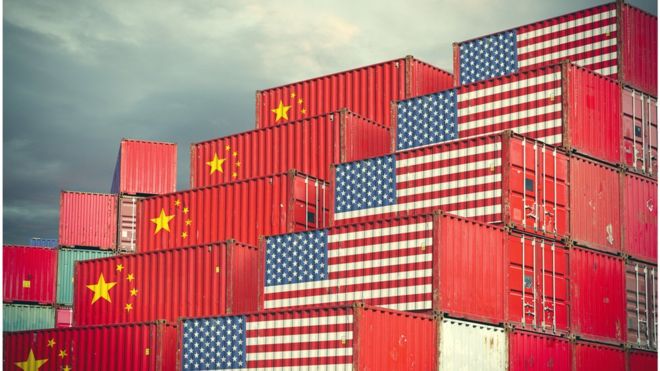 The United States has refrained from labelling China a “currency manipulator” in a move which may help defuse escalating tension over trade between the two countries.

Speculation that the US Treasury would make that claim formally this week has not been borne out, however. China’s policies were still of “particular concern” the Treasury said.

Beijing’s lack of transparency and the recent weakness of the yuan continued to pose major challenges to achieving “more balanced trade”, Treasury Secretary Steven Mnuchin said in a twice-yearly report on the foreign exchange policies of major US trading partners.

However, the Treasury did not find that China was directly intervening to undermine the currency’s value. The yuan fell to its lowest level against the dollar since January 2017 following the report.

On the campaign trail and again this summer, he claimed China was pursuing a deliberate policy of keeping the value of the yuan low. The US dollar has strengthened against the yuan in recent months, prompting speculation that this month’s report might contain formal claims of manipulation.

However, at meetings of the International Monetary Fund in Bali, Indonesia last week, China’s central bank governor Yi Gang said that Beijing would not engage in “competitive devaluation” or use the exchange rate as a “tool to deal with trade frictions”.

The US Treasury report also said it has was keeping India, Japan, Germany, South Korea and Switzerland on a monitoring list for extra scrutiny.

Stephen Hawking | Humans Will Need To Leave Earth To Survive