US should worry more about white supremacists than ISIS or Al Qaeda: FBI 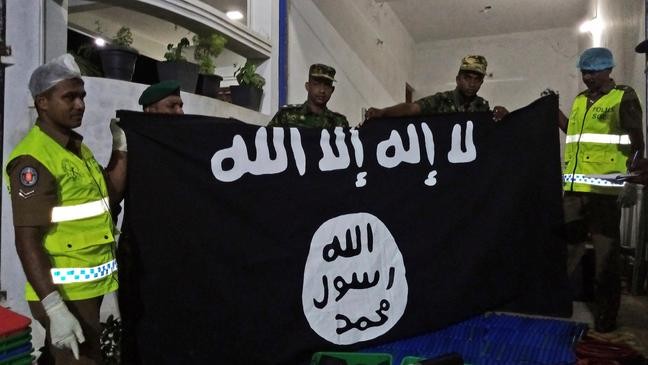 As per the recently disclosed Federal Bureau of Investigation (FBI) data for the violent crimes committed within the territorial boundaries of the United States of America, far-rights activists pose a much greater threat than all the international extremist organizations combined. Domestic terrorism– the terms FBI uses to define violence in the USA which has racism as its primary cause– has led to more detention for the year 2018 as compared to personnel held under the charge of working for Daesh or Al-Qaeda.

As per a U.S statistical watchdog for extremism, 71% of the killings in the last two years have been accounted for the hate crimes committed by the white supremacist due to their supposed racist superiority while 26% have the caused by Al-Qaeda or other similar groups.

Donald Trump has been more fervent toward the Mexican wall, even leading to the longest government shut down in the U.S history.

Is it a New Phenomenon?

Not really. The existence of far-right notions among the U.S populace in fairly a large number made headlines back in 2017 during the Charlottesville protests but for far too long it has been brewing right under the nose of U.S security agencies. Back in August 2017, both far right and leftist protestors came face to face in the Charlottesville, Virginia over the issue of the status of statues which commemorated heroes of American civil war.

Virginia is situated in the southern region of the United States which was pro-slavery during the civil war and fought valiantly for that ideology with their fellow Americans. There was a movement in 2017 which called for the removal of all Confederate statues, the people in favor of slavery during the civil war, and White Supremacists were protesting against it. The protest turned violent when a woman was killed as a far-right protestor drove past right over her.

Read more: Why are ‘white supremacists’ targeting Muslims in UK?

It was then America realized that the existential crisis for their identity lies within rather from the outsiders as the 9/11 had built a general perception. Similarly calls for taking groups which identify themselves as Neo-Nazis, Neo-Confederates or Ku Klux Klan have been more frequent and preceded what FBI data has recently suggested. Followed by the Charlottesville incident, a survey was conducted among more than 1000 active duty personnel of the United States Army and the result predominantly suggested that even the troops fighting against ISIS and Al Qaeda deem these groups as secondary threats compared to domestic terrorism.

The existence of far-right notions among the U.S populace in fairly a large number made headlines back in 2017 during the Charlottesville protests.

Xenophobia is a dominant phenomenon in the United States as people, especially theblue-collarr working Americans, believe that the immigrants are going to take over the jobs which are meant for them being the citizens of the United States of America. Of course, to some extent, it’s a genuine concern and far less intense than what white supremacists propagate but it is the gateway which is being exploited.

President Donald Trump during his campaign repeatedly tapped the growing uncertainty of the working-class Americans and as a result, he was able to make his way into the White House, against the odds and will of American deep state which rooted for Hillary Clinton. And as soon as he was in power, initiatives like travel ban upon certain countries and building a wall alongside the Mexican border were meant to please the same voter base. As the re-elections are around the corner in the USA, Donald Trump has been more fervent toward the Mexican wall, even leading to the longest government shut down in the U.S history.

What is widely interpreted as a threat to American unity is also been exploited for the political leverage which, in other words, also means endorsing the current order. As the New York Times puts it, those who have the authority, are bamboozled how to counter the growing White nationalism. And with every passing day, it is getting more vigorous without the countermeasure been taken.

News Desk - 1 June 2021
Upon the question of long-term expectations in the Stock Market, AKD’s expert said, “as expectations are that inflation would be decreasing in the near future, along with an upward trend in the economic activity in the country and high liquidity, the economy will grow in the long term, and thus we expect the same of the market”.

How Pakistan’s curriculum is biased against women

What stops Indian Army from taking over Afghanistan?

Violence claims 15 more lives in Afghanistan after US withdrawal

First-ever military reality show to be broadcasted in Pakistan

East Asia should have its own trading currency: Mahathir Mohamad