US has been hostile towards Iran and in a bid to intimidate the Islamic Republic, US has deployed F-22 Raptors in Qatar. The tensions spiked when US pulled out of JCPOA, commonly known as Iran Nuclear Deal and not long after Iran discredited the deal and started to work on their nuclear project. 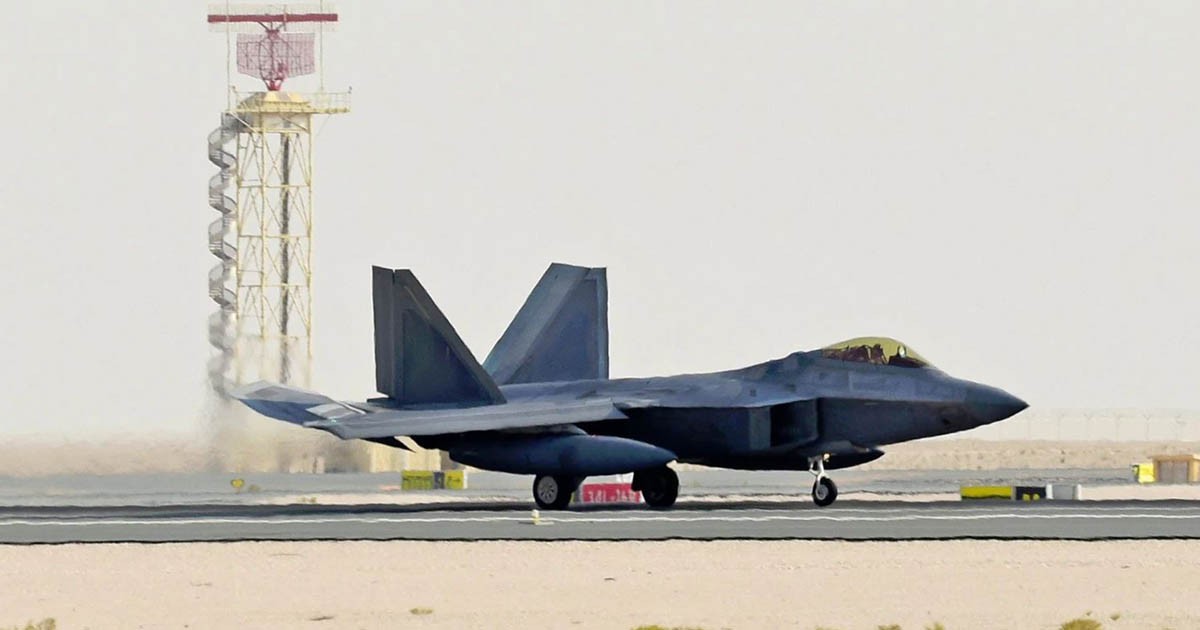 The US has deployed F-22 stealth fighters to Qatar for the first time, its military said Friday, adding to a buildup of US forces in the Gulf amid tensions with Iran.

The United States Air Force has dispatched top-of-the-line F-22 stealth fighters to Qatar for the first time, as it beefs up its forces in the Middle East amid escalating tensions with Iran https://t.co/uUC34VWbBO— CNN (@CNN) June 29, 2019

The Air Force F-22 Raptor stealth fighters have been deployed “to defend American forces and interests,” the US Air Forces Central Military Command said in a statement that did not specify how many of the hi-tech planes had been sent.

A photo handout showed five of the jets flying above the Al Udeid Air Base in Qatar.

Iran has threatened to abandon some of its commitments under the nuclear deal unless the remaining partners – Britain, China, France, Germany and Russia – help it circumvent US sanctions and especially sell its oil

Tehran and Washington have been locked in an escalating standoff since US President Donald Trump unilaterally withdrew from a multi-party 2015 nuclear deal with Iran and reimposed sanctions on the Islamic republic.

Wanna know why those with proven record of detesting diplomacy are suddenly interested in talks?
Just read @AmbJohnBolton's 2017 recipe for destroying the #JCPOA: https://t.co/beCZByEaCT

Tensions spiked last week when Iran shot down a US drone over sensitive Gulf waters following a series of tanker attacks that Washington blamed on Tehran, which has denied involvement.

Since then the arch-foes have been locked in a war of words, which escalated this week when Trump announced new sanctions against Iran’s supreme leader Ayatollah Ali Khamenei and Foreign Minister Mohammad Javad Zarif.

Iran has threatened to abandon some of its commitments under the nuclear deal unless the remaining partners – Britain, China, France, Germany and Russia – help it circumvent US sanctions and especially sell its oil.

Read more: There is no short war; US may take first shot but Iran will finish the war

In May, the US Air Force deployed several nuclear-capable B-52 Stratofortress bombers to the Gulf in response to what the Defense Department described as a possible plan by Iran to attack American forces in the region, as well as an aircraft carrier task force.