US Treasury has removed China from its list of currency manipulator as Washington and Beijing are preparing to sing a large-scale trade deal. The US and China have been fighting a trade war for a long time now that has been affecting the global market adversely.

US Treasury has removed China from its list of currency manipulator as Washington and Beijing are preparing to sing a large-scale trade deal.

The Treasury said in a statement that China agreed to publish relevant data on exchange rates and made an effort to refrain from “competitive devaluation” ahead of the agreement signing.

Breaking News: The Trump administration is expected to remove its designation of China as a currency manipulator 2 days before the U.S. and China sign an initial trade agreement https://t.co/Ykj0moMzAI

In its semi-annual report released on Monday, the Treasury said that  while China “took concrete steps to devalue its currency,” Beijing still needs “to take the necessary steps to avoid a persistently weak currency.”

The report explicitly credits the tentative phase one trade agreement between the US and China, struck in December, for helping to bring about the reforms.

The report also notes an “extremely large and persistent trade surplus” Beijing enjoys with the US, which it said is “dwarfing all other trade imbalances” between the US and other countries.

The Treasury urged China to boost domestic demand and lessen its economy’s reliance on export and investment, apparently, to reduce the trade gap.

The US goods trade deficit with China stood at $401 billion as of June 2019, which accounts to about 45 percent of the total US trade deficit from January to June of last year, the report states.

While the Trump administration struck China off a roll of currency manipulators, it has placed Beijing, along with nine other countries, on the Treasury’s “Monitoring List” of major trading partners that “merit close attention to their currency practices.”

The U.S. has removed China from the list of currency manipulators.https://t.co/iFxRl6yEkx

The list includes staunch US allies such as Germany, Korea, and Japan among others.

The move to yank China off the blacklist comes more than five months after it was formally designated a currency manipulator in August, a decision that added more fuel to the smoldering tension between Beijing and Washington locked in a bitter trade dispute.

It comes just two days ahead of the much-anticipated signing of the phase one deal on Wednesday, January 15, that is expected to mark a shaky truce after almost two years of trade wars, that saw China and the US slapping tariffs on billions’ worth of each other’s goods.

Previously, On 7th January last year, an official US delegation met with a Chinese delegation in Beijing to begin trade negotiations, and the two sides came to an agreement on a 90-day truce, which will end on 1st March. The discussions revolved around “trade issues” that focused on trade negotiations, and “structural issues” which focused on the protection of intellectual property, forceful technology transfers, and non-tariff barriers. 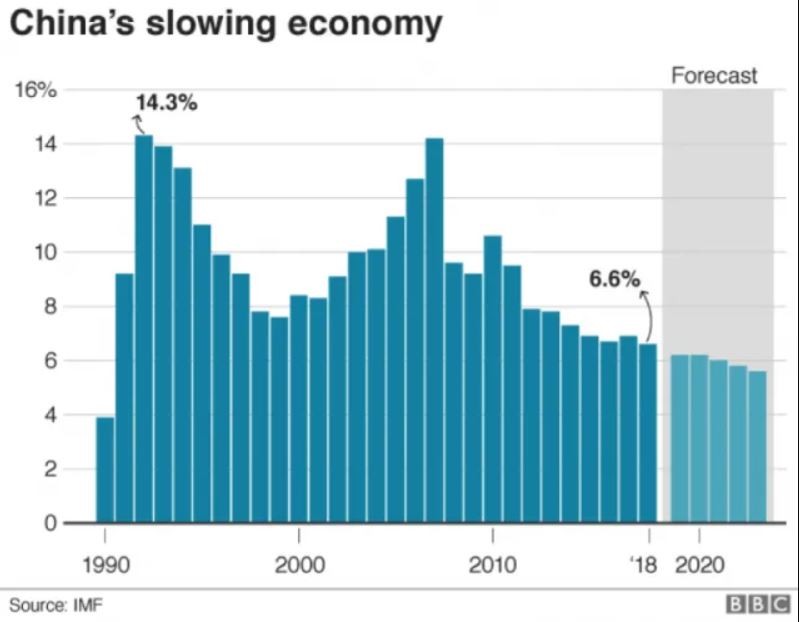 Trump, last year, had called for 10 percent tariffs on $300 billion in goods to take effect on September 1 and December 15. Then Beijing retaliated by targeting $75 billion in US exports and Trump announced that the new tariffs would instead hit 15 percent.

Global markets have been suffering due to a trade spat between two market giants.

Previous articleKilling Soleimani was “Right Move”: Trump tells tales of general’s “Horrible Past”
Next articleChairman NAB promises not to rest until Pakistan is Corruption Free

Syed Anwer Mahmood - 22 January 2022
As Pakistan enters its diamond jubilee year, it must debate how to make its democracy work for the people. For if it serves the people, it will serve the country. Pakistan needs a structural overhaul.

22 January 2022
Previous articleKilling Soleimani was “Right Move”: Trump tells tales of general’s “Horrible Past”
Next articleChairman NAB promises not to rest until Pakistan is Corruption Free

FBR freezes all bank accounts of Aima Baig, but what did she do?

Why dried fruits are a gift of winters?