The US negotiator on Afghanistan will shortly resume talks with the Taliban and seek efforts toward a ceasefire, officials said Wednesday, three months after President Donald Trump abruptly halted diplomatic efforts that could end America's longest war. 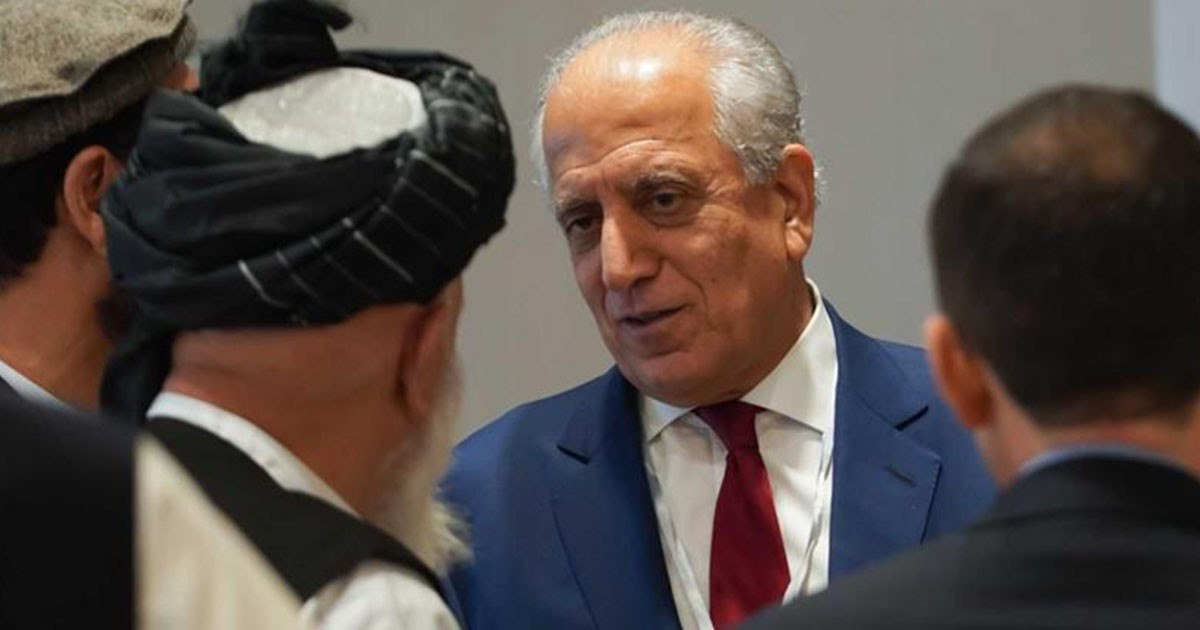 The US negotiator on Afghanistan will shortly resume talks with the Taliban and seek efforts toward a ceasefire, officials said Wednesday, three months after President Donald Trump abruptly halted diplomatic efforts that could end America’s longest war.

Zalmay Khalilzad has arrived in Kabul to meet President Ashraf Ghani, a senior Afghan official told AFP, less than a week after Trump visited Afghanistan and gave his blessing for a return to negotiations.

Just in: US Special Rep for Afghanistan Reconciliation Amb. Khalilzad traveling to Kabul and Doha this week to officially restart peace talks with the Taliban – note State's emphasis on getting to a ceasefire https://t.co/ErWjYNX2EB

The State Department said that Khalilzad, a veteran US negotiator who was born in Afghanistan, would head to Qatar to meet with the Taliban after his meetings in Kabul.

In a nod to concerns raised by Ghani, the State Department voiced support for a ceasefire — which the Taliban have long rejected and did not figure in a draft accord that Khalilzad earlier reached with the Islamist insurgents.

“Ambassador Khalilzad will rejoin talks with the Taliban to discuss steps that could lead to intra-Afghan negotiations and a peaceful settlement of the war, specifically a reduction in violence that leads to a ceasefire,” a State Department statement said.

In September, the United States and the Taliban had appeared on the verge of signing a deal that would have seen Washington begin pulling thousands of troops out of Afghanistan in return for promises to keep out foreign extremists.

It was also expected to pave the way towards direct talks between the Taliban and the government in Kabul and, ultimately, a possible peace agreement after more than 18 years of war.

But that same month, Trump abruptly called the year-long effort “dead” and withdrew an invitation to the insurgents to meet in the United States after the killing of an American soldier.

both US and Afghan forces as well as the Taliban have been battling extremists from the Islamic State extremist group.

During a surprise visit to an American military base in Afghanistan last week, Trump said the Taliban “wants to make a deal.”

But the insurgents later said it was “way too early” to speak of resuming direct talks with Washington.

The Taliban have described the Afghan government as illegitimate and steadfastly refused any halt in their grisly campaign of violence, which they see as leverage.

#OTD, 2001, the U.S. war in #Afghanistan began with the launch of Operation Enduring Freedom to oust the #Taliban government from power. For more on where Afghanistan is headed after 18 years of conflict, read this recent assessment from @FaiselPervaiz: https://t.co/s8g4PqPR8B pic.twitter.com/s1s0TwlstD

But even during the stall in talks, Khalilzad has seen signs that the Taliban is ready to cooperate.

He recently helped arrange a captive swap in which the Taliban released two academics, from the United States and Australia, whom they had held hostage for three years.

And in an indirect dovetailing of interests that was noted favourably by Khalilzad, both US and Afghan forces as well as the Taliban have been battling extremists from the Islamic State extremist group.

Read more: Twas the Day of Thanksgiving and all Trump Talked about was the Taliban

Afghan forces recently announced that the group’s local branch, dubbed IS-K or ISIS-K, was completely defeated in the eastern province of Nangarhar.

“ISIS-K hasn’t been eliminated but this is real progress,” Khalilzad wrote on Twitter, noting “effective operations” by US-led, Afghan government as well as Taliban fighters.

Khalilzad has also kept visiting nations seen as vital to Afghan peace, including Pakistan, the historic ally of the Taliban.

An annual survey by the San Francisco-based Asia Foundation released this week found overwhelming support for making peace with the Taliban.

A November study by Brown University found that the United States has spent $6.4 trillion on wars globally since the September 11, 2001 attacks that prompted the Afghanistan intervention

The poll said that 88.7 percent of the 17,812 Afghans surveyed either strongly or somewhat supported reconciliation efforts.

Sixty-four percent thought peace could be achieved. That was a 10 percentage-point increase from a year earlier, although women — whose rights were severely curtailed under the Taliban’s 1996-2001 regime — were more sceptical.

Trump — who is eager to show achievements as he runs for re-election next year — has also been eager to end the war, often describing the 18-year US intervention as a waste of US blood and treasure.

On his surprise first trip to Afghanistan, where he met US troops for the Thanksgiving holiday, Trump appeared to expect a change of heart by the Taliban on a ceasefire.

The Taliban, Trump said, “want to do a ceasefire” and that “it will probably work out that way.”

A November study by Brown University found that the United States has spent $6.4 trillion on wars globally since the September 11, 2001 attacks that prompted the Afghanistan intervention.

Why Trump attacks the press, the American people & their Constitution?