US, Turkey, Pak & others slam India over Delhi riots

Among others President Erdogan has strongly condemned violence against Muslims in Delhi. In his speech in Ankara, he said "India right now has become a country where massacres are widespread. What massacres? Massacres of Muslims. By who? Hindus," 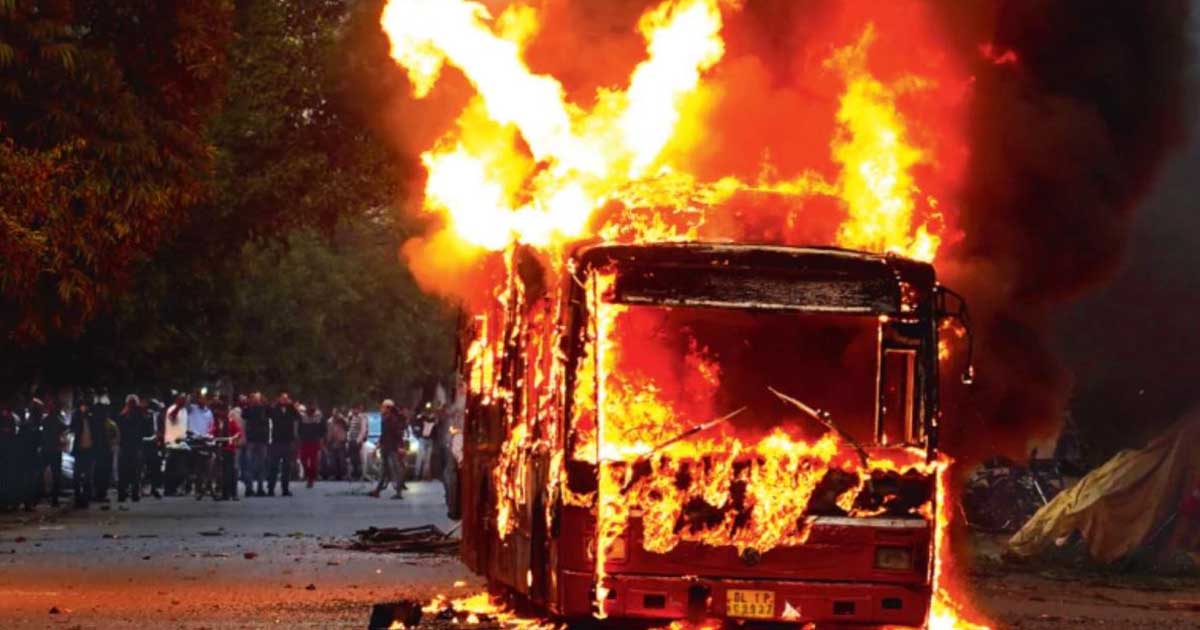 The United States on Thursday urged India to respect the right to peaceful assembly and called on all sides to refrain from violence after sectarian riots in Delhi killed at least 33 people.

In a cautious statement, the top US diplomat for South Asia sought to show little distance with Prime Minister Narendra Modi, who was welcoming President Donald Trump on a visit when the violence erupted.

“We echo (Modi’s) call for calm and normalcy and urge all parties to maintain peace, refrain from violence and respect the right of peaceful assembly,” Assistant Secretary of State Alice Wells wrote on Twitter.

United States urged #India to respect the right to peaceful assembly and called on all sides to refrain from violence after sectarian riots in Delhi killed at least 33 people.
https://t.co/02zSdLuV5w— Saudi Gazette (@Saudi_Gazette) February 27, 2020

Trump declined comment when asked at a news conference in New Delhi about the violence, saying the issue was “up to India” and hailing Modi’s “incredible” statements to him on religious freedom.

“Trump responds by saying, ‘That’s up to India.’ That is a failure of leadership on human rights,” Sanders tweeted.

Robert Menendez, the top Democrat on the Senate Foreign Relations Committee, denounced the violence as “shocking” and called for all countries to condemn it.

“I urge Indian authorities to step in and defend the communities being targeted in Delhi to prevent the violence from escalating further,” Menendez said in a statement.

“As the world’s largest democracy, the Indian government must do more to defend all of its citizens’ rights, including the right to peaceful protest.”

Witnesses said that Delhi police initially did little to intervene as mobs fought running battles, with groups armed with swords and guns setting fire to thousands of properties and vehicles.

India and the United States have enjoyed a fast-warming relationship for the past 20 years and, until recent episodes, few US policymakers of either party criticized New Delhi.

Thousands of riot police and paramilitaries patrolled streets littered with the debris from days of sectarian riots that have killed 38 people.

An uneasy calm has descended over the affected northeast fringes of the Indian capital, punctuated by sporadic outbreaks of violence overnight.

The unrest was the latest bout of violence over Prime Minister Narendra Modi’s citizenship law, which triggered months of demonstrations that turned deadly in December.

Turkish President Recep Tayyip Erdogan, meanwhile, hit out on Thursday against the “massacres” of Muslims in the Indian capital.

“India right now has become a country where massacres are widespread. What massacres? Massacres of Muslims. By who? Hindus,” Erdogan said during a speech in Ankara.

#DelhiGenocide2020#ThankYouJinnah
Genocide of Muslims become a general exercise in India. Students have been beaten with rods. How India will prove itself as a peaceful country. Impossible. #Hinduterrorist pic.twitter.com/O7VQKPMX9j— engr.jd (@engr_jdjd) February 28, 2020

Erdogan, who sees himself as a defender of Islam, often takes public stands on issues concerning the Muslim faith and its followers.

He accused the mobs attacking Muslims of hurting children studying in private tuition centres with “metal sticks as if to kill” them.

“How will these people make global peace possible? It is impossible. When making speeches – since they have a large population – they say ‘we are strong’ but that is not strength,” Erdogan added

Speaking at a seminar, titled Radical India vs Responsible Pakistan, in the capital Islamabad, Arif Alvi accused the Indian ruling party’s leaders of creating hatred against Muslims in the country.

“The ongoing violence against Muslims in India has pained,” he said, referring to the ongoing communal riots in New Delhi.

For over a month, thousands of Indians have been protesting a law, which makes it easier for non-Muslims from regional countries to get Indian citizenship but excludes Muslims from its beneficiaries.

Clashes between pro- and anti-citizenship law protesters in New Delhi started on Sunday and devolved into communal violence that claimed at least 34 lives as of Thursday morning.

“No one can talk against the human rights violation in India. Even if any judge speaks against the injustice, he faces actions [against him],” Alvi said.

On Wednesday, Indian President Ram Nath Kovind transferred a Delhi High Court judge, who had pulled up police and government for their failure to contain communal riots in the Indian capital.

Pak-Afghanistan border reopened on the orders of PM Nawaz Sharif