US urges S.Korea, Japan to unite as rift escalates 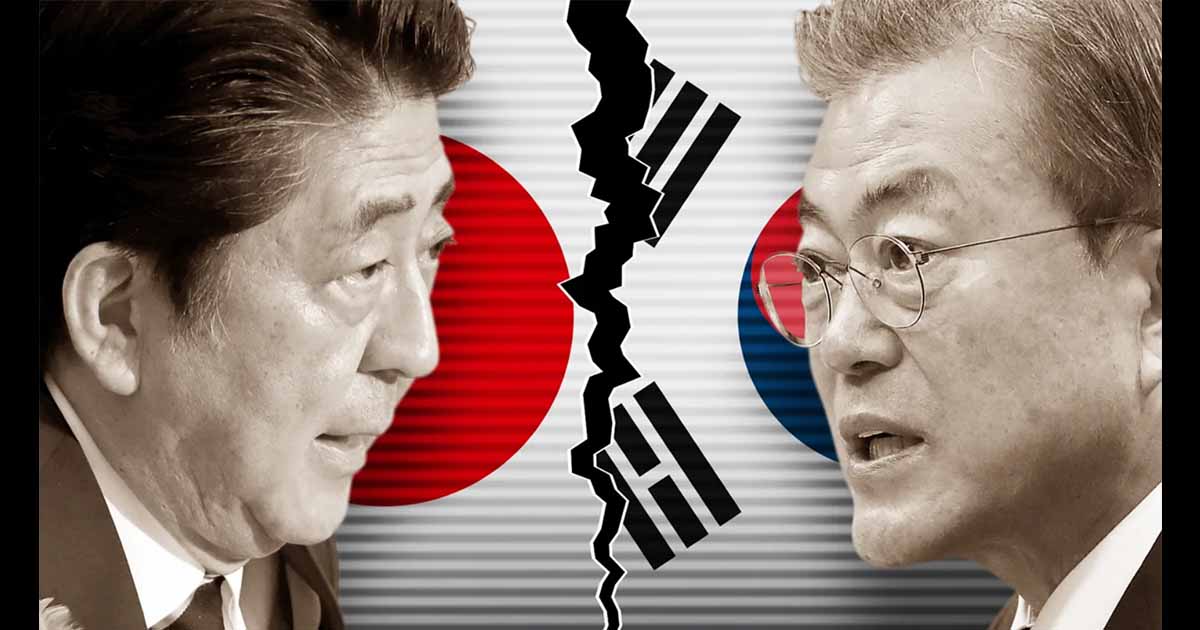 The United States on Wednesday called on Japan and South Korea to put aside differences and focus on challenges posed by China and North Korea as a rift showed no signs of easing. South Korea accused the mutual US ally of treating it as an adversary as Tokyo’s decision effectively to degrade Seoul’s trading status came into effect.

The two nations have engaged in a tit-for-tat row stemming from a long-running dispute over Japan’s use of forced labor during its colonial rule over the peninsula from 1910 to 1945. Seoul has already announced it will reciprocate, and last week said it will terminate a military information-sharing pact with Japan, raising concerns in Washington, which has security treaties with both.

The United States has played a low-profile role in the row, with officials saying they doubt they can mediate at this point.

At the Pentagon, US Defense Secretary Mark Esper said he was “very disappointed” by both allies but that he remained “hopeful that they’ll get beyond this.” “We have common threats facing us — North Korea and China and bigger threats — and we’re stronger when we all work together,” he told a news conference.

“When you look at the ledger, we share more interests and values and things in common than we do not,” he said.

“I want to build upon that and hopefully resolve this quickly, move forward and get back on the important track we need — and that is really thinking about North Korea in the near term and China in the long term,” he added. Speaking next to him, General Joseph Dunford, head of the US military, said he has not yet seen an impact on military operations but also voiced concern.

South Korea said last week it would terminate an intelligence-sharing deal known as the General Security of Military Information Agreement. Instead, it will revert to an earlier system in which South Korea and Japan exchanged messages through the United States.

South Korea accused the mutual US ally of treating it as an adversary as Tokyo’s decision effectively to degrade Seoul’s trading status came into effect.

US officials have said the three-way system is unwieldy and impractical in a crisis, such as a missile launch by nuclear-armed North Korea. A State Department official said the intelligence arrangement does not end until November 22 and hoped that South Korea will change its mind before then.

Nonetheless, the United States has played a low-profile role in the row, with officials saying they doubt they can mediate at this point.

Read more: South Korea to broker a deal between US and North Korea

South Korea summoned Japan’s ambassador over Prime Minister Shinzo Abe’s removal of the ally from its “white list” of trusted trading partners. “Prime Minister Abe commented twice that Korea cannot be trusted and is treating us like an adversary,” said Kim Hyun-chong, a national security official at the Blue House.

South Korea said last week it would terminate an intelligence-sharing deal known as the General Security of Military Information Agreement.

Japan says all reparations claims from its 35-year colonial rule were settled under a 1965 treaty and associated economic agreement as the countries normalized relations. Tokyo says its export decision was made on national security grounds, but it followed a series of South Korean court rulings ordering Japanese firms to pay for forced labor during World War II.

Two of the Japanese chemicals targeted, hydrogen fluoride gas and photoresists, are essential to making memory chips, while the third chemical, fluorinated polyimide, is used for high-spec TV screens and smartphone displays, including hotly anticipated folding models from Samsung.

Iranians find joy in serving pilgrims on road to Karbala