China is set to introduce new legislation which will effectively strip Hong Kong of the democratic freedoms it has enjoyed so far. The US has weighed in on the issue by warning China against conducting such a move. Must read for students of International Relations. 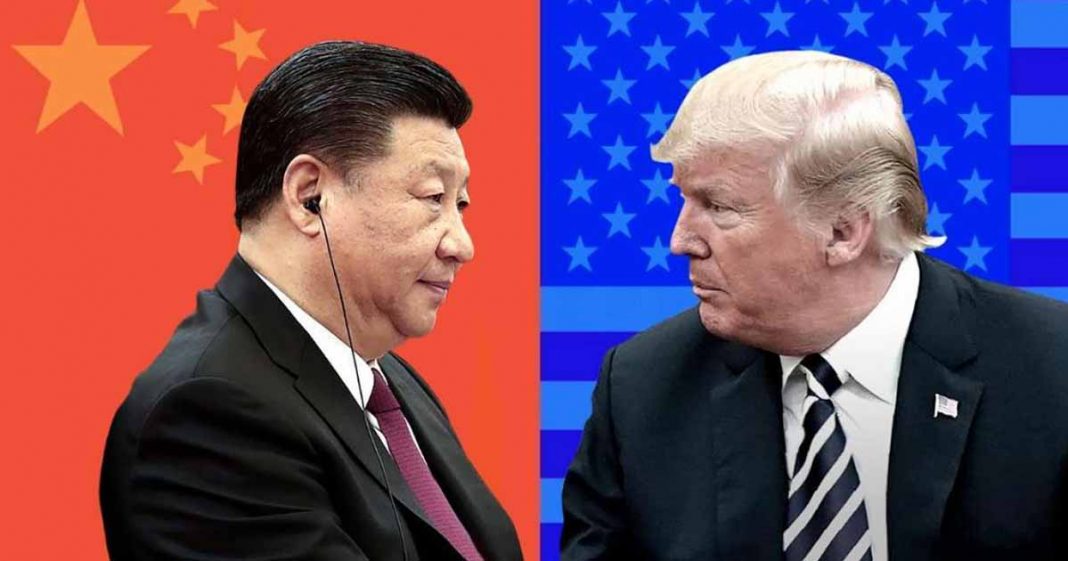 The United States on Thursday urged China to respect Hong Kong’s autonomy, warning that its proposed national security law for the city would be “highly destabilizing” and face global opposition.

“Any effort to impose national security legislation that does not reflect the will of the people of Hong Kong would be highly destabilizing, and would be met with strong condemnation from the United States and the international community,” State Department spokeswoman Morgan Ortagus said.

She said that China’s statements and the proposed legislation “undermine” China’s promises it made before regaining control of the financial hub from Britain in 1997.

“We urge Beijing to honor its commitments and obligations in the Sino-British Joint Declaration — including that Hong Kong will ‘enjoy a high degree of autonomy’ and that people of Hong Kong will enjoy human rights and fundamental freedoms,” Ortagus said.

Read more: This is the end of Hong Kong’: China pushes security law after unrest

“I don’t know what it is, because nobody knows yet. If it happens, we’ll address that issue very strongly,” Trump said.

China to introduce legislation which will ‘end’ Hong Kong

China said it will introduce legislation Friday on the first day of its rubber-stamp parliament session that would strengthen enforcement of laws in the financial hub that prohibit “subversion.”

Pro-democracy leaders and activists warned that the move would mark the end of Hong Kong as they know it, a fear voiced in months of massive and sometimes violent protests last year.

The US Congress late last year angered China by passing a law that would strip HK’s preferential trading status in the United States if the urban hub no longer enjoys autonomy from the mainland.

Secretary of State Mike Pompeo earlier this month delayed a report on certifying Hong Kong’s autonomy under the law, saying the State Department would wait for the meeting of the legislature, the National People’s Congress.

What exactly is the law?

The issue has been introduced on the NPC agenda, under the title of Establishing and Improving the Legal System and Enforcement Mechanism of Hong Kong.

The territory’s mini-constitution, the Basic Law, which provides the territory certain freedoms not available on the mainland, does require its government to bring in a security law. It had tried to enact the so-called “sedition law” in 2003 but more than 500,000 people took to the streets and it was dropped.

A spokesman for the NPC said on Thursday that China was planning to improve on the “one country, two systems” policy that Hong Kong has observed.

Zhang Yesui said: “National security is the bedrock underpinning the stability of the country. Safeguarding national security serves the fundamental interest of all Chinese, our Hong Kong compatriots included.”

The NPC spokesman would only say that more details would come on Friday.

Sources say the law will target terrorist activity in Hong Kong and prohibit acts of sedition, subversion and secession, as well as foreign interference in Hong Kong’s affairs.

Pro-democracy activists fear it will be used to muzzle protests in defiance of the freedoms enshrined in the Basic Law.

Similar laws in China are used to silence opposition to the Communist Party.

The State Department warned Thursday that China’s actions would impact its decision.

In a fresh bid by US Congress to exert pressure after China’s announcement, senators on Thursday introduced legislation to impose sanctions on any entity involved in curbing Hong Kong’s autonomy.

The targets could include police who crackdown on demonstrators and Chinese officials involved in Hong Kong policy — as well as banks that conduct transactions with anyone who infringes on the territory’s freedoms.

“In many ways, Hong Kong is the canary in the coal mine for Asia,” said Senator Pat Toomey, a Republican who spearheaded the legislation alongside a Democrat, Chris Van Hollen.

“Beijing’s growing interference could have a chilling effect on other nations struggling for freedom in China’s shadow,” Toomey said, likely alluding to the self-governed island of Taiwan and countries that have territorial rifts with Beijing.

Previous articleNew Chinese security law to be the ‘end’ of Hong Kong
Next articleIs India planning a ‘false flag operation’?

Confederate names being removed from US military bases: Republicans and Democrats clash

US in a state of chaos: Trump slammed for reopening plans