Using nepotism in the pursuit of ‘Power’ 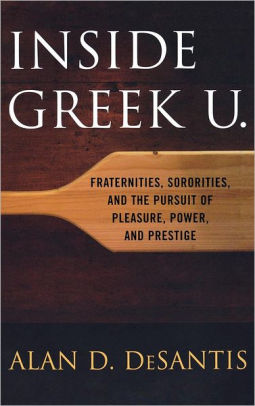 Suo motu action taken by Chief Justice of Pakistan Mian Saqib Nisar and his summon spree in the last few weeks, made me realize how deep-rooted corruption, dishonesty and nepotism is in this country, unfortunately. All the more reason to stand against the mafia and with the judiciary of the country questioning these individuals about the taxpayers money and public offices ruthlessly used for personal gains. The Chief Justice of Pakistan has summoned and sentenced individuals and ordered several audits.

Such as Dr. Samar Mubarakmand, a Pakistani nuclear physicist, was questioned by the apex court about Rs. 37 million given to him for the manufacturing of cardiac stents. Prior to that, Senator Nehal Hashmi was sentenced to one month jail and was declared disqualified to hold any public office for the next five years, by the Supreme Court. A fine of Rs. 50,000 was also imposed by the three-member bench, on the senator guilty of contempt of court. The Supreme Court has issued contempt of court notices to Tallal Chaudhry, Minister of State for Interior Affairs and to Danyal Aziz, Minister for Privatization on Thursday and Friday respectively.

[The] purpose of journalism is to provide citizens with information they need to make the best possible decisions about their lives, their communities, their societies, and their governments.

In the pursuit of ‘More Power’

Another very significant matter that the Chief Justice looked into on Friday was the hearing of a lawsuit filed by a producer at PTV in 2006. It was about the operations of PTV, the state-run broadcaster, in the absence of an MD. Ata ul Haq Qasmi rocked the boat when he appointed himself as MD PTV in April last year while already holding the office of chairman PTV since December 2015. The salary and other employee benefits of Rs. 270 million that Qasmi allegedly drew during his two year tenure as chairman disturbed the Chief Justice. The CJP also questioned the appointment of Qasmi as chairman PTV. For this matter ex-Information Minister, Pervez Rashid and other officials were also summoned along with Qasmi.

This is not the only time we have witnessed how the big crocodiles try to misuse their authority, taxpayers hard earned money and public office for personal gains. Before Qasmi, another big fish, Absar Alam, caused a storm in a teacup when his appointment as chairman of PEMRA was declared illegal by the Lahore High Court. He later had to step down.

If chairman of a media regulator is not impartial and true to his duties, if his decisions are influenced and his judgment is clouded by his likeness and his loyalty for someone, then he certainly cannot serve the purpose for which he was appointed.

A petition was filed in court by a citizen Munir Ahmed, challenging Alam’s appointment by arguing that he doesn’t meet the criteria for the post and also accused Alam of misusing his position to carry out agendas and working towards the vested interests of Nawaz Sharif and PML-N.

For a person applying for the post of Office Assistant (BPS-14) in the government of Pakistan the qualification required is second class bachelor’s degree from a HEC recognized university. How can the chairman of one of Pakistan’s most important government institutions be hired on the same level of qualification as an office assistant or clerk? Was Absar Alam hired as an office clerk? And while being ineligible for the post, on what grounds was he drawing a salary of more than a million rupees? According to his qualification, office assistant is the post he deserved to be on. But thanks to PML-N we have to bear ceaseless nepotism every time they are in power.

The LHC bench announced, “The new PEMRA chief should be appointed on merit.

Earlier in 2017, PEMRA initiated an interactive learning program ‘Code of Conduct: A collective responsibility’ for media practitioners. The program included panel discussions with Pakistan’s famed journalists and anchorpersons. The topics addressed in those discussions comprised of ‘Media: Independent but less responsible?’, ‘Fake images and fake news: How social media is affecting journalism’ and Rating vs. truth: Does Pakistani media follow professional standards?

But when we talk about professional standards to be followed by journalists, one wonders what exactly they are.

Declaration of PEMRA chairman’s appointment illegal by the LHC establishes that the regulators are also not free in Pakistan.

For quite a while now we have seen several examples of journalism’s soul purpose being compromised. For this matter, I talked to Paul Quigley, one of Britain’s award winning journalists and the most sought after editor and broadcaster. He has authored several books and has been a correspondent for Financial Times, following that an International Editor for Wireless Week in the US and has appeared on BBC as an expert commentator on multiple issues.

I asked Paul about basic canons of journalism and he revealed that, “The fundamental tenet of real journalism is the search for the truth and to shine a light on corruption and hypocrisy without fearing the consequences of truth. This is an ethical and moral undertaking.”

Moreover, Paul said, “Professionalism in journalism refers to strict belief in honesty, in justice, in high moral and ethical standards and to uphold the law and democratic values of equality and transparency.”

The Supreme Court has issued contempt of court notices to Tallal Chaudhry, Minister of State for Interior Affairs and to Danyal Aziz, Minister for Privatization on Thursday and Friday respectively.

I also enquired about the need for a regulatory body for the media industry to which he responded, “I do not think there should be any regulating body for media. I believe in free speech. Laws exist already regarding libel and slander so the rest is noise. Meddling politicians with political or ideological agendas try to invade media and publishing and freedom of speech, but it is all about control and crushing freedom. It must be stopped.”

The above argument of Paul corroborates that politicians, not just in Pakistan but in a free and developed democracy like the UK also try to influence and control the media. Although I had heard and read about it, I wasn’t very convinced until now.

Paul also said, “There is no role for a regulator. Unions such as NUJ already have a ‘Code of Practice’ that journalists adhere to, which suffices for ethical and moral objectivity and absence of bias.”

Many in Pakistan also keep talking about how a regulating body like PEMRA is dangerous and might be a threat to freedom of speech but then given our level of morality and lack of ethical values where a Prime Minister disqualified over charges of dishonesty, falsehood and deceitfulness, is chosen to be the president of a political party, where the owners of our media groups consider journalism merely a way of making fortunes, where the anchorpersons and journalists often times are not allowed to give their ‘honest opinion’ – a regulating body is very much necessary. But cases of nepotism and cronyism that we all witnessed through the declaration of PEMRA chairman’s appointment illegal by the LHC establishes that the regulators are also not free in Pakistan and are controlled. So, we might need to regulate the regulator as well.

The salary and other employee benefits of Rs. 270 million that Qasmi allegedly drew during his two year tenure as chairman disturbed the Chief Justice.

Journalism in other parts of the world might be based on ethical values, public interest, accuracy and factual credibility of journalists but in Pakistan half of the journalists or shall I call them accidental journalists – are a mouth piece of businessmen making money through influential politicians who want them to drive their personal agendas.

Absar Alam on national TV once said that his heart is aligned with Nawaz Sharif and he will always support him. By saying this he negated the basic canon of journalism – that a journalist’s first loyalty is to the citizens. After this, kicks in another important element of the job he was hired for, that he must serve as an independent monitor. Absar Alam at many occasions has proven that he was neither loyal to the citizens nor was he operating independently.

Read more : Fereeha Idrees: Why she had to unlearn everything learned in UK…

If chairman of a media regulator is not impartial and true to his duties, if his decisions are influenced and his judgment is clouded by his likeness and his loyalty for someone, then he certainly cannot serve the purpose for which he was appointed.

Paul Quigley, like many others, who believe in responsible and truthful journalism stuck with two basic principles – ethical values and total integrity.

How people feel about journalism in Pakistan?

People have started looking at news and media as something fabricated and misleading, whereas it should be the way the American Press Institute explained it, “[The] purpose of journalism is to provide citizens with information they need to make the best possible decisions about their lives, their communities, their societies, and their governments.”

In Pakistan, however, malpractices demand that the ethical values of media practitioners should be under increasing scrutiny. At least until the media industry of Pakistan is free of corruption and nepotism.

Read more : Will Pakistan ever see another leader like Jinnah?

News Desk - 19 September 2021
Covid-19 and climate change is the UN prime focus this time as they have posed an existential threat on humanity. The UN secretary general urges for much needed enhanced multilateralism through equitable spread of vaccines and staunch adherence on reducing emissions.