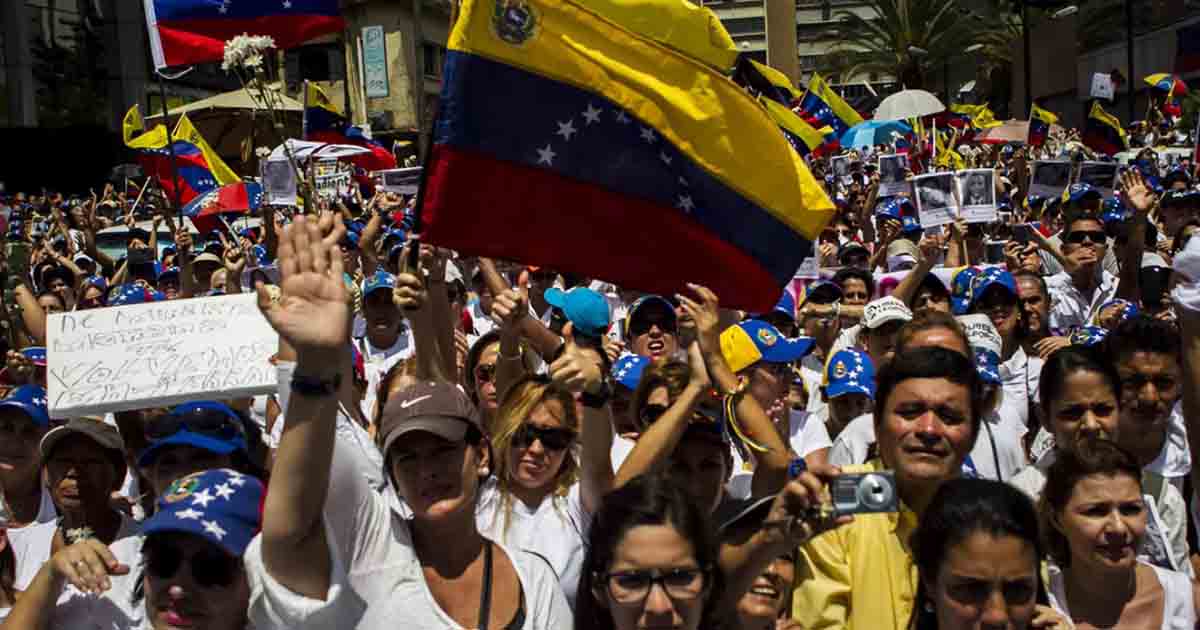 It appeared to be a confrontation between humanitarianism and military force. In February, the Venezuelan government placed troops along the country’s border with Colombia to block the entry of humanitarian aid coming from the US and supported by opposition leader, Juan Guaido.

The blockade was widely covered by the news and sparked controversy when the trucks carrying the supplies were accidentally burned during the clashes between the military and those trying to clear their passage.

Similar scenes were repeated on Venezuela’s border with Brazil – albeit with even more tragic consequences. There, the military convoy sent to guard the border was stopped by the local indigenous police in the Pemon community of Kumarakapay – in the Gran Sabana national park, an area considered official indigenous territory. The military opened fire, resulting in at least two casualties. Zoraida Rodriguez – an indigenous woman – was killed in her own home.

The unrest at the border between Venezuela and Brazil, however, received much less media attention than the troubles at the Colombian border – partly because events didn’t fit the western media’s dominant narratives about Venezuela.

Read more: One shot dead, at least 27 hurt in Venezuela May Day…

These mainly focus on the country’s failing economy, and the threat of a potential US military intervention, based on America’s historic record of involvement in other Latin American nations. In the West, the story is often portrayed as a dispute between the troubled Venezuelan government and US imperialism, assuming the Venezuelan nation is internally homogenous. But this ignores the contentious relationship that many Venezuelans, indigenous people included, have historically had with the government.

A Matter of Sovereignty

The confrontations between Pemon indigenous people and the military along the Brazilian border, then, should also be understood as an issue of sovereignty over indigenous territories. Indeed, they also stand in sharp contrast to the Venezuelan government’s own rhetoric, which positions the state as a champion of the indigenous cause.

National sovereignty has been a recurrent theme of Venezuela’s Bolivarian Revolution, which was proclaimed by former president Hugo Chavez. This movement espouses socialist policies and resistance to foreign, particularly US, interference. But the history of indigenous resistance to colonial invasion has also been used by both Chavez and his successor, Nicolas Maduro (who took power in 2013), to symbolise this defiance of foreign intervention.

In 1998, Hugo Chavez gained power with the highest electoral margin in 40 years. His victory was partly because he included marginal populations, such as indigenous people, in his Bolivarian nation-building project.

In fact, many indigenous peoples in Venezuela initially saw their incorporation into the Venezuelan nation as part of the Bolivarian Revolution. The 1999 constitution, for example, was the first to provide a host of rights for indigenous groups, including “native rights over the land”. In the 20 years that have elapsed since then, however, many of the state’s promises regarding indigenous people and their territories remain largely unfulfilled and disaffection among them is growing.

Historically, state expansion into indigenous territories in the south of the country has been linked to natural resources, particularly gold and bauxite, which are abundant in the area. Since colonial times, policing and regional control have been used by the state to exert its monopoly over mining resources.

This hasn’t changed much under the Bolivarian governments since 1998. In 2016, for example, the government launched a large-scale and widespread mining project to combat the economic crisis. This project has resulted in the increased militarisation of mining areas in the north of Bolivar and Amazonas states, near indigenous territories.

In the early 2000s, during the early years of Chavez’s revolution, the authorities’ presence in indigenous territories, such as the area of Gran Sabana – where Zoraida Rodriguez was killed during the recent unrest – was cast in a more “benevolent” light. The state still enforced its control through a heavy police presence, but a number of special programmes (misiones) were also set up by the government, which benefited many local people through goods and other forms of aid. The programmes were made possible thanks to high international oil prices, and reached remote areas of the territory which had been overlooked by previous governments.

Since the beginning of the economic crisis in 2015, however, state aid has reduced, and now reaches indigenous territories only intermittently, or not at all. The military presence, on the other hand, has increased. The result of this is a breakdown of the relationship between the Venezuelan state and indigenous people, and a return to the longstanding struggle over territory and mining resources.

The February confrontations between the military and indigenous people over the entry of US aid are symptomatic of this increasingly contentious relationship. These tensions have been exacerbated by the internal contradictions of the Bolivarian Revolution, which seemingly acknowledges indigenous people’s autonomy and rights over their lands, while simultaneously exercising control over the territory they occupy in the name of national sovereignty. And with the economy in freefall, things may only get worse.

The risks of military engagement against North Korea