Rangers have been deployed at the campus to avoid any unwanted situation. However, the authorities have to think about the state of law and order at the campuses. Violence at the campuses has become a frequent currency that needs immediate attention. 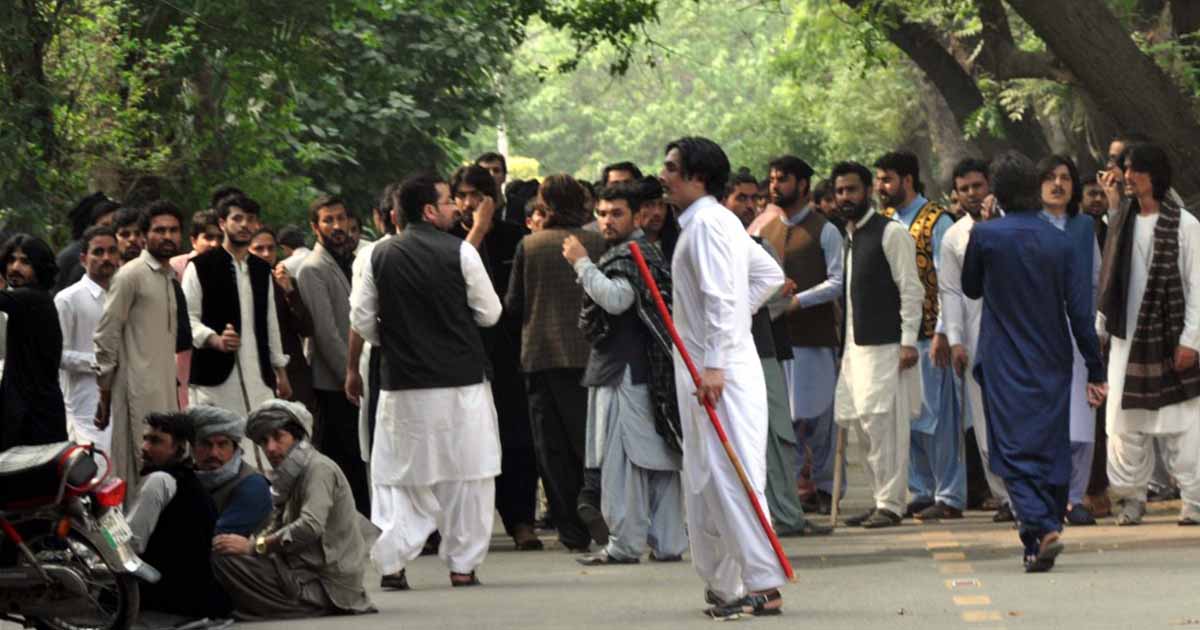 Two student groups in the International Islamic University (IIU) Islamabad clashed on Thursday, leaving one student dead and 13 others injured. According to the police, one of the groups had organized a book fair in the university. The clash broke out after harsh words were exchanged between the two groups.

“There was a clash between two student bodies in the University. Unfortunately, one student died because of the skirmish. We have taken over the security. Police and Magistrates are on site. Rangers have been called. The compound is being searched. Anyone having info may plz (please) call on 15,” tweeted the deputy commissioner of Islamabad.

There was a clash between 2 student bodies in a University. Unfortunately one student died because of the skirmish. We have taken over the security. Police and Magistrates are on site. Rangers has been called. Compound is being searched. Anyone having info may plz call on 15— Deputy Commissioner Islamabad (@dcislamabad) December 12, 2019

The deceased was identified as Syed Tufail from Gilgit Baltistan (GB). Students told reporters that Jamat-e-Islami (JI) Naib-Ameer Liaquat Baloch was addressing the event when the members of the opposing party broke into the hall around 9:30 pm and started firing.

After this, a clash between the two parties erupted in which Tufail got seriously injured as a brick struck his head while around a dozen students sustained injuries too. All of them were immediately shifted to PIMS for treatment however Tufail succumbed to the wounds and died.

Read more: What do academics think of the Student Unions in Pakistan?

As the information spread, heavy contingents of police rushed to the university and controlled the situation. Police officials said that they were searching the hostels to recover weapons and arrest the miscreants.

Demand for restoration of Student Unions

Students across Pakistan protested with a demand for lifting the ban from student unions in all colleges and universities of the country on November 29. Apart from some other demands, the core demand was to give students the lawful right to have unions of their own at the campuses.

Young university students initiated the campaign from Lahore which, with the help of public intellectuals and civil society, spread over across the country. Student’ leaders demanded the present government take immediate steps in order to show its seriousness in upgrading the polarized and class-based education system of Pakistan.

Why should Student Unions not be Supported?

Rana Umair Farooq, who teaches Social Work at a government college, believes that these young students are likely to be misused by the politicians since this has been happening in this country since long. He suggested the government to bring immediate structural changes/reforms in the current education system in order to counter any challenge which may ultimately disrupt social process and create cultural chaos.

“I hold,” said Mr. Umair, “a restrained view about the student unions at campuses”. He further explained that “I firmly believe that students should be made confident, self-reliant and well-versed with ongoing political processes but not through student unions. I think the same objective can be adequately be achieved in a smooth way through literary societies, discussion forums and character-building societies at educational institutions across the country.

This is the situation from inside the university hostels, may Allah Almighty bless our dear fellows. #AttackOnJamiatExpo_ISB #IIUI pic.twitter.com/GDlXjMhoBT— Muhammad Shah Mir (@shahmirbasra) December 12, 2019

This is the need of the hour. Unfortunately, our governments do not pay any attention to such [required] institutional reforms which can play a crucial role in the future course of Pakistan”.

Do they [international media] support any campaign or movement without any hidden agenda? What does history tell us? I am afraid if these young students or their supporters in Pakistan’s civil society are taking these aspects into consideration”.

Moreover, he warned, saying “do not forget the fact that several agencies and global powers are targeting Pakistan to destabilize it in order to achieve their regional political and strategic interests”.

“Notably”, Mr.Umair concluded “student unions work independently and according to their legally determined mandate where there is strict rule of law. In a society like ours where the powerful politicians or religious clerics are directly or indirectly involved in campus politics, such unions shall create more problems than they may resolve”.