In the past, on the holy celebration of Eid, Taliban observed a ceasefire and people were allowed to celebrate in peace. But this year, Taliban have given no indication of any ceasefire asking the American troops to withdraw fully and indicated the dialogue with Americans to continue. 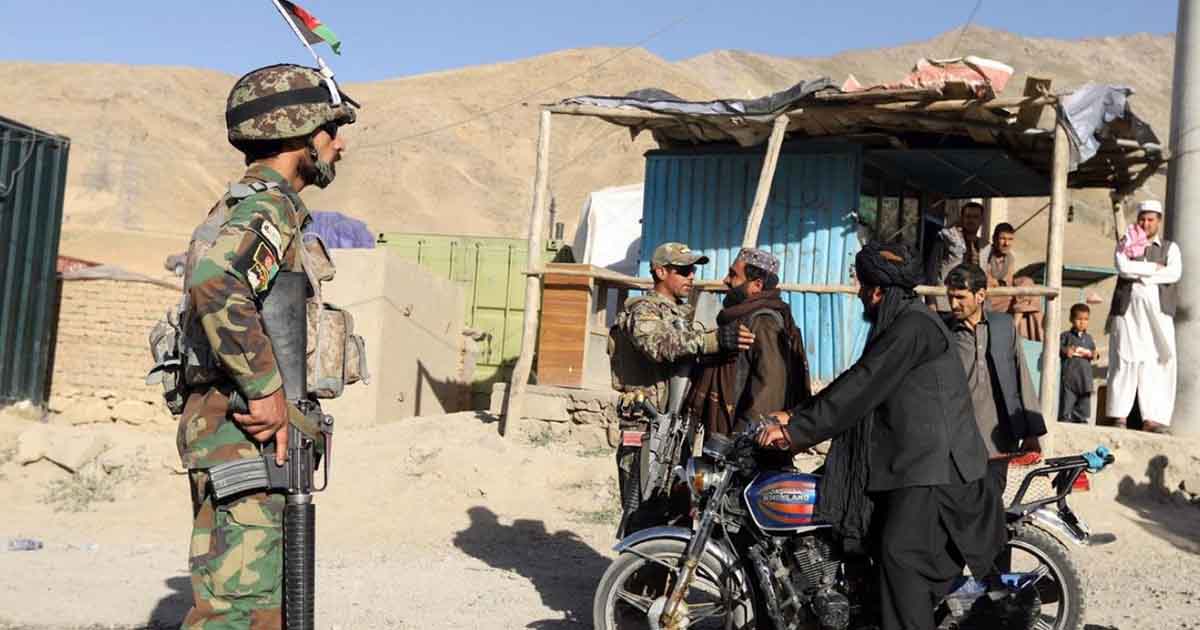 Unlike last year, the Taliban would not cease the fight during Eid days and continue to wage war against the government forces in order to force the United States to give in to their demand of complete withdrawal of troops.

Taliban leader Mullah Haibatullah Akhunzada in his annual message has debunked the possibility of a ceasefire during Eid days and vowed to carry on the operations against government forces irrespective of religious festivity. “No one should expect us to pour cold water on the heated battlefronts of Jihad or forget our 40-year sacrifices before reaching our objectives,” he said while stating that the reason for Taliban struggle over the years has been nothing but an end to the foreign occupation.

Taliban have already assured the United States that Afghanistan’s territory would not be allowed to be used against America and in response they want a complete withdrawal of foreign troops.

He, however, did acknowledge that the ongoing dialogue process between the insurgent group and the United States of America would continue, an announcement hailed by U.S Special Representative Zalmay Khalilzad. “The doors of dialogue and negotiations have been kept open and at this very moment, the [Taliban] negotiation team is engaged in negotiations with the American side,” Akhunzada said. Earlier, President Ashraf Ghani had called for a ceasefire during Holy month of Ramadhan which Taliban ignored and while the government was hoping to manage to make the fighters agree to a break in fighting during Eid days, the efforts have not been fruitful.

The photos of individuals from both sides, who are cutthroat enemies other the exception of the first-ever ceasefire during the battle for the last 18 years, embracing each other for Eid hugs went viral. It was seen as the first hope of real peace in all those years of fighting and the government offered Taliban for an extension of the ceasefire which the latter did not agree and continued its course of violence as soon as the Eid was over.

Why did the Taliban not Agree to a Ceasefire this Year?

Owing to the response which the halt in fighting got in the previous year where people were seen taking selfies with the Taliban, it was expected that the group might go for another bloodless Eid but it turned another way around. Taliban needed to undergo the initiative of the ceasefire which was good for its reputation as a formal dialogue process between the Taliban and the United States was underway.

Trump administration would be eyeing to wrap up the Afghanistan mission before the next elections to gain the political leverage out of it.

The group has earlier written an open letter to American population to urge their government to end the war in Afghanistan depicting that after nearly 3 decades of fighting, the Taliban themselves were becoming weary of fighting. Therefore, it served the purpose as the world saw in those photos which made their way across the global media that what an end to the war would mean for the Afghan people.

Contrarily, the dialogue process has come to a stalemate and practically the Taliban have nothing to lose in the current situation. The success which the insurgents are having on the ground is overwhelmingly strengthening their position at the dialogue table. Taliban have already assured the United States that Afghanistan’s territory would not be allowed to be used against America and in response they want a complete withdrawal of foreign troops.

Trump administration would be eyeing to wrap up the Afghanistan mission before the next elections to gain the political leverage out of it. Hence by not becoming part of the ceasefire, the Taliban have employed the strategy of keeping the United States at its toes to make them agree to their demand for complete withdrawal from Afghanistan.

So far the Taliban have continued with the strategy of taking forward the insurgency as well as talks side by side and it has worked. On the other hand, the United States has not been able to convince the Taliban to discuss the post-withdrawal power distribution formula. Eventually, it appears that the United States would have to concede partially from its demands to break the stalemate.

US and Taliban will ink a historic peace deal at Doha: Pakistan invited

A new arrangement between the US and Pakistan on drone operations?