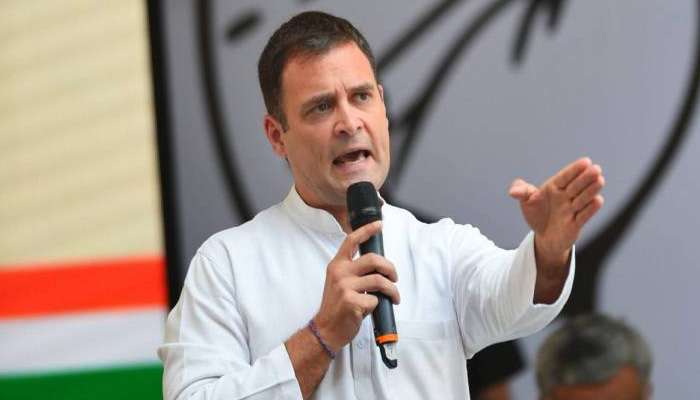 Prime Minister Imran Khan’s statement of there being a better chance of peace dialogue with India and settling the Kashmir dispute if Modi’s Bharatiya Janata Party (BJP) wins the election has been blown out of proportion by the Indian opposition parties. The Congress has officially announced that Pakistan has “aligned itself” with the BJP, and the rhetoric of “Imran Khan batting for Modi” has emerged as Congress’ new attack on Modi as India enters the first phase of its general elections.

Congress and other opposition parties have taken up the rhetoric that a vote for Modi is a vote for Pakistan, in an attempt to undermine Modi’s rhetoric on national security and a hardline stance against Pakistan. Prime Minister Imran Khan, in an interview to the BBC a day before the Indian general election was due to begin, said that other Indian political parties will be intimidated of backlash from the right-wing and hence, will be hesitant to engage in peace talks or settle the Kashmir dispute.

Pak has officially allied with Modi!

‘A vote for Modi is a vote for Pakistan’, says Pak PM Imran Khan

Chief spokesperson of the Indian Congress, Randeep Surjewala, attacked Modi over these statements in a scathing tweet, which read, “Pak has officially allied with Modi!” He further added, “A vote for Modi is a vote for Pakistan! Modi ji, first there was love for Nawaz Sharif and now Imran Khan is your dear friend. The truth is out in the open.”

Pakistan and Imran Khan are openly supporting Modi ji. It is clear now that Modi ji has some secret pact wid them.

Everyone is asking – did Pakistan kill 40 of our brave soldiers in Pulwama on 14 Feb just before elections to help Modi ji? https://t.co/hIh5PGqr9E

Chief Minister of Delhi and the Chief of India’s Aam Aadmi Party, Arvind Kejriwal questioned Modi if Pakistan had helped him orchestrate the false flag Pulwama attack, claiming the life of 40 Indian soldiers, simply to help Modi win the general elections. He tweeted, “Pakistan and Imran Khan are openly supporting Modi ji. It is clear now that Modi ji has some secret pact wid (with) them. Everyone is asking – did Pakistan kill 40 of our brave soldiers in Pulwama on 14 Feb just before elections to help Modi ji?”

Mufti Sb too like Pak PM believed that Modi a BJP PM backed by right wing could carry forward process of dialogue initiated by Vajpayee ji . Cong couldn’t do so as it feared backlash from BJP & other right wing parties . But Modi despite a huge mandate frittered away that chance

Mehbooba Mufti, former Chief Minister of Kashmir and Chairman of the PDP, tweeted her observation on Imran Khan’s statement, adding that her deceased father, senior politician and former CM of Kashmir, Mufti Mohammad Sayeed, also held the same opinion. She wrote, “Mufti Sb too like Pak PM believed that Modi a BJP PM backed by right-wing could carry the forward process of dialogue initiated by Vajpayee ji. Cong couldn’t do so as it feared the backlash from BJP & other right-wing parties. But Modi despite a huge mandate frittered away that chance.”

Prominent Indian author and columnist, Nilanjan Mukhopadhyay, who has written books on the RSS and Modi’s relations with the Hindu-extremist group, commented on this development on Dr Moeed Pirzada’s primetime show. He observed that Imran Khan’s statement was likely to push back Modi’s hardliner stance on national security and Pakistan, however, in terms of political history; it has been observed in India that having hardline leaders in both countries will promote dialogue and settlement.

Indian journalist Mukhopadhyay observed that Modi’s popularity was still going strong given the paradox that New Delhi has created to promote its narrative.

However, Mukhopadhyay noted that such an opportunity could not emerge as the BJP promotes two major narratives in its agenda, Hindu supremacy and national security. He noted that despite his agendas on peace with Pakistan, former PM Atal Bihari Vajpayee conducted nuclear tests as opposed to the expected negotiations with Islamabad. “Throughout the period from 1998 to 2004, Atal Bihari Vajpayee, like a pendulum, acted as a hawk on one side, and a peacemaker on the other.”

Nilanjan Mukhopadhyay observed that this inconsistency has also been observed in Modi’s actions with regards to Pakistan. In response to Dr Moeed Pirzada’s question on how the capture of Wing Commander Abhinandan and the IAF’s failure to validate the alleged Balakot strike affected Modi’s position, Mukhopadhyay observed that earlier, Indian analysts were of the opinion that the 2019 general elections will be based on “bread and butter issues.”

He observed that Modi had identified the absence of a “national narrative”, which would cause the Indian elections to become an aggregation of state elections, or even sub-regional elections. Given that India is home to more than 50 political parties and great ethnic diversity, Mukhopadhyay observed that the absence of a national narrative would turn the Indian political landscape into a struggle of these emerging political groups to emerge on the center stage in 29 states across the country.

Imran Khan’s statement was likely to push back Modi’s hardliner stance on national security and Pakistan, however, in terms of political history.

He noted, “After this election, West Bengal’s Trinamool Congress, led by Mamata Banerjee, will emerge as the third largest party in the parliament.” Nilanjan observed, “Before the Pulwama attack of 14th February, this fragmented election, the major surge of unemployment and rising insecurity was the biggest crisis faced by Modi.” Mukhopadhyay observed that rising social insecurity, unemployment and rural distress has increased in India over the years, and Modi’s performance has been unsatisfactory.

“Pulwama and Balakot allowed them to fuse a populist nationalism with majoritarian policies and religious polarization.” In response to Dr Pirzada’s question of whether the IAF’s failure to provide evidence of the Balakot strike, which was also voiced by the Indian opposition, had impacted Modi’s popularity negatively, Indian journalist Mukhopadhyay observed that Modi’s popularity was still going strong given the paradox that New Delhi has created to promote its narrative.

He observed that Modi is much more popular than another prime ministerial candidate, and even an emerging leader like Rahul Gandhi has not been able to overcome the fame of Narendra Modi. He observed, “Pulwama attack and the Balakot strikes have allowed Modi to bypass other pressing issues and establish a national narrative. In every election campaign, he brings up Pakistan and slams the opposition and journalists on their questions on the Balakot strike and the IAF’s claims of downing a PAF jet.”

While referring to Imran Khan’s statements and how it would impact Modi’s success in the upcoming election, Nilanjan Mukhopadhyay observed that it depends entirely how the opposition parties use it to target Modi and his past engagements with former Prime Minister Nawaz Sharif, which reveals Modi as an inconsistent leader with regards to his stance on Pakistan.

This article was written by Mina Jahangir and edited by Hammad Khan.