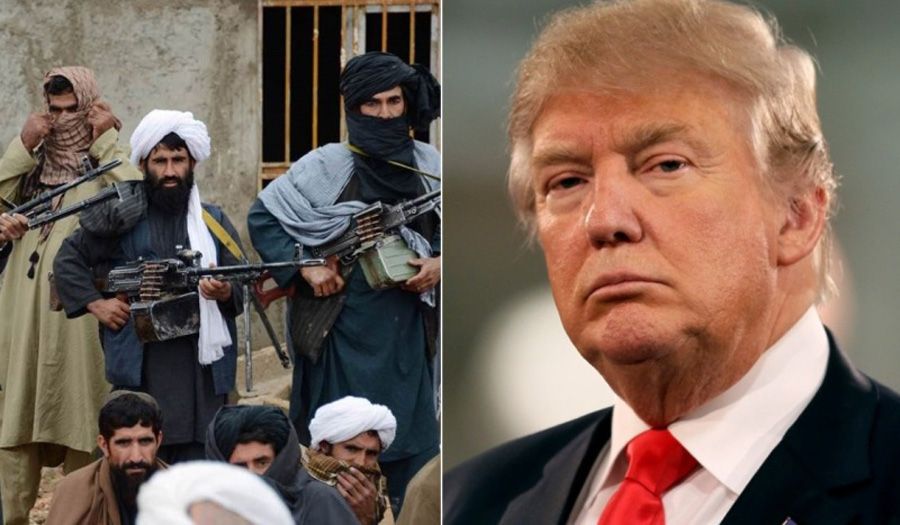 Various power players in and around Afghanistan are eagerly waiting for Donald Trump to clear his position on Afghanistan. But the suspense is getting longer and painful.

The recent peace deal between the Afghan Unity government and Gulbadin Hikmatyar was considered a landmark achievement by the U.S led collation forces in Afghanistan.

Afghanistan Chief Executive Abdullah Abdullah opposed any talks with the militants, including the Taliban and Hizb-E-Islami, which is considered the second largest and lethal militant outfit in Afghanistan.  But the Unity government has to adhere to the rules set out by the U.S, as the U.S is looking for a peaceful exit from the country. More than 2000 U.S soldiers have been killed and billions have been spent on training the Afghan Security forces and providing them with heavy weapons. At the height of US counter-insurgency operations (COIN), US was sending around $100 billion a year in Afghanistan.

Former President Hamid Karzai, who was often considered a creation of the US, in his last term and days of presidency was unusually aggressive towards the US. He criticized the Obama  government and accused it of not interested in bringing peace in the country.  United States, under Obama, had announced pulling off its forces from the War torn Country – a promise it could not keep later. Obama administration was serious in full filling the promises Obama made during his election campaign, but changing ground realities did not help him.

Some believe that Afghan elite, dependent on US and western financial injections, is not ready to create circumstances conducive to total US pull out. Yet there are others who suspect that US establishment – military and intelligence community – sees itself long term benefits in keeping presence inside Afghanistan to keep a watch over China, Iran and Pakistan – especially if this reservoir presence can be managed economically in human and financial costs.

But is this working? a recent report by the United States forces in Afghanistan divulged that from August 2016, only 64 percent of the country districts were under the Afghan government influence, as compare to 74 percent in 2015.

Gen. Kayani feared that Americans have created a very large and potentially unstable military machine inside Afghanistan which will start cracking once Americans leave and then this will create havoc in the region.

Sources within the Afghan Taliban confirm that there is a huge reshuffle  going on in their “Commend System” and the Taliban commanders have been given a go-ahead to launch major offensive against the Afghan government and U.S led NATO forces.  The Taliban feels that the Afghan National Defense and security forces (ANDSF) are highly demotivated and lack tactical ability to recapture or fight a major offensive by the Taliban.

Many analysts in Afghanistan, therefore, are supporting the continued presence of the U.S army in the Country.  They feel that once the U.S and NATO forces leave, the Afghan forces will not be able to stand ground and will even lose most of the area they control or influence at the moment.

There are other reports that the deserted Afghan army personnel’s are involved in selling heavy weaponry to militants, who are actively involved in raging attacks against Pakistan in its Tribal areas and other government and military installations.

These weapons are either stolen from the Afghan security forces or the deserters from the Afghan Army sell this heavy weaponry to war lords and drug lords in the province of Helmand and Badakhsan.

Russia suspects foreign hands behind the emergence of ISIS and other groups and fears that the formation and coordination between these groups will certainly fuel terrorism in Central Asia.

In the past, Pakistan has protested that the United States is flooding Afghanistan with weapons that will fall into the wrong hands, as there is no check and balance. Gen. Raheel Sharif’s predecessor, Gen. Kayani, had repeatedly expressed this fear and even mentioned that in his 14-page letter to President Obama. Kayani feared that Americans have created a very large and potentially unstable military machine inside Afghanistan which will start cracking once Americans leave and then this will create havoc in the region. Now time is proving him right: militants fighting on Pakistani soil are equipped with U.S made heavy weapons, and this is fueling militancy in both countries.

Sources inside the Afghan Taliban reveal that, Taliban commanders are really worried about the fast regrouping and emergence of new outfits, in the region. These outfits – claiming themselves to be ISIS – are both deadly and lethal in their recent attacks. Taliban have established links with Russia as there is a growing convergence against the formation of these groups. Russia suspects foreign hands behind the emergence of ISIS and other groups and fears that the formation and coordination between these groups will certainly fuel terrorism in Central Asia. On the other hand, Russians view Taliban as a time tested local ethnic and Afghan-centric force without any extra-territorial ambitions or larger ideological positioning.

Read more: Taliban tell Trump to get out of Afghanistan

The Chinese share Russian concerns and they fear that the East Turkestan Moment might gain further support from these groups and will initiate deadly attacks in China.

Iran – that had been a traditional enemy of Taliban – has also established links with faction of the Afghan Taliban, fighting and controlling Kandahar and Helmand province, as there is a strong resentment in Iran against sectarian outfits gaining ground in Afghanistan.

While various regional players have been reorganizing themselves the new Trump Administration, in Washington, has yet to unveil its Afghan Policy. Trump has no plans for now to end war or pull out U.S security forces from Afghanistan. During his presidential campaign, he spoke little about Afghanistan.

Mir Waise is an Assistant Producer (Current Affairs) with Dunya News, Islamabad. He has travelled extensively in the region and has special interest in the political affairs of Afghanistan, Baluchistan and KP.

PTI conquers Khwaja Saad’s seat: “Pakistan is over and done with Sharifs”