War between Saudi Arabia and Iran may happen in just 10-15 years: Crown Prince 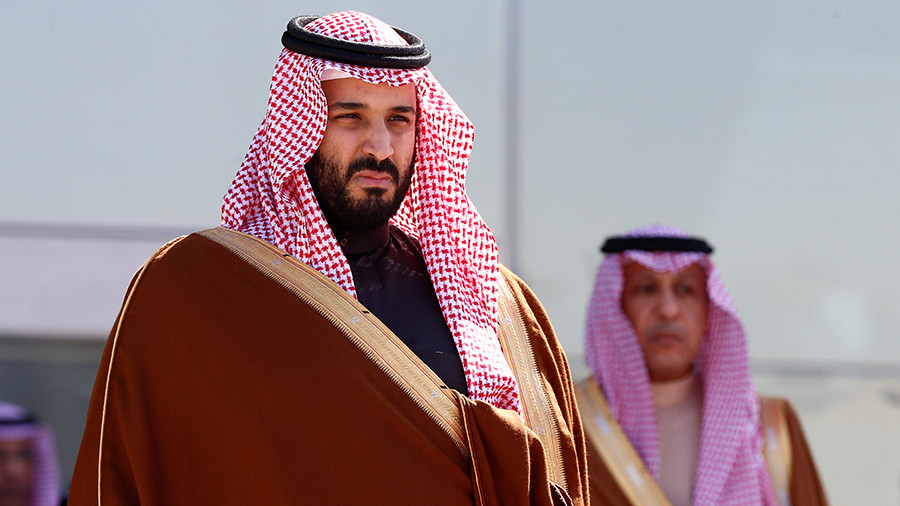 Crown Prince, Mohammad Bin Salman has warned that Kingdom of Saudi Arabia and Iran may indulge in war in the next 10-15 years if the international community fails to apply more sanctions to exert pressure on Tehran. He said “If we don’t succeed in what we are trying to do [imposing sanctions on Iran], we will likely have war with Iran in 10-15 years,” in an interview with The Wall Street Journal, this week.

It seems that KSA wants to exert pressure on the international community to put more restrictions on Iran. US president Donald Trump has expressed his desire to pull out the USA from the nuclear deal with Iran on May 12, 2018. This has generated a heated debate in the international community. The deal (to last 10 years) was considered as an assurance for regional peace and security.

The 2015 nuclear deal struck between Iran and six world powers – the US, UK, Russia, France, China, and Germany – was considered as foreign policy achievement of Barack Obama’s presidency. Other partners of the deal might show their least concern to remain consistent to deal. The threat of nuclear Iran will arise again in the Middle East. Iran might not compromise its nuclear program which it has frozen in the backdrop of this Iran Nuclear Deal.

Iran might have no fears against restrictions for its nuclear program. Simultaneously, Crown Prince’s remarks are meant to exert more pressure on the US than Iran, so that Trump to pull out itself from the deal. If it happens, nuclear proliferation cannot be outlawed from Middle East. Afterwards, KSA, Egypt and other states will attempt to gain nuclear powers.

Sanctions previously imposed by the UN, US and EU in an attempt to force Iran to halt uranium enrichment crippled its economy, estimated the country more than $160bn (£110bn) in oil revenue from 2012 to 2016 alone. According to the deal, Iran stood to gain access to more than $100bn in assets frozen overseas, and was able to resume selling oil on international markets and using the global financial system for trade.

Trump has also taken the decision on March 29, 2018, that US would withdraw its troops from soon from Syria. This is a point of concern for the US  allies: fighting against Bashar-ul-Assad government backed by Iran and Syria. If it happens, war may occur between two regional giants, KSA and Iran, because of any major misadventure or misperception. Without any political strategy or solution for Syrian regime, it will be difficult for the US to pull out its troops very soon.

It is not a new phenomenon that both, KSA-Iran have been religious, geopolitical, territorial disputes for decades. They employ these disputes and follow proxy wars in the region to gain regional hegemony. But the potential withdrawal from nuclear deal with Iran reflect that the changing regional priorities of the Trump administration. The international community largely approves of the deal and confirms that Tehran is sticking to its obligations. It is stated in the Washington Post that Trump said, “Despite my strong inclination, I have not yet withdrawn the United States from the Iran nuclear deal,” Trump said in a statement. “Instead, I have outlined two possible paths forward: either fix the deal’s disastrous flaws, or the United States will withdraw.”

It seems that KSA wants to exert pressure on the international community to put more restrictions on Iran. US president Donald Trump has expressed his desire to pull out itself from the nuclear deal with Iran on May 12, 2018.

Hindu nationalists claim that the Taj Mahal was originally a ‘temple’!

Strategic Stability:President of Pakistan calls for a regional framework

UK economy shrinks by a record 20.4%, first recession in over 11 years