Was Howdy Modi Really a Success? Some Indian Thinkers Disagree

While Howdy Modi event made extensive rounds on social media, as the dust settled some Indian thinkers seem to dispute with the mighty claims on the success of the event 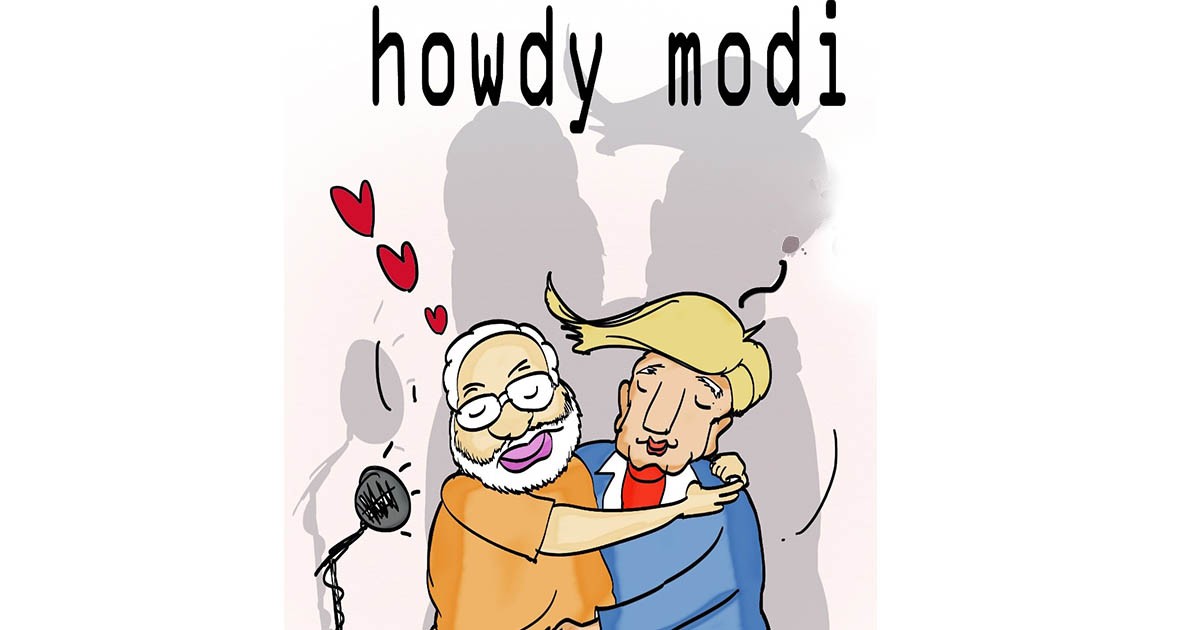 Some of the Indian thinkers, observers, and journalists are questioning the success of the Howdy Modi event following President Donald Trump and Prime Minister Imran Khan‘s joint presser and subsequent meeting following the massive Howdy Modi event, next day.

President Donald Trump in Houston Texas, USA joined Howdy Modi, a massive event attended by a mammoth of the Indian-American community. As per the reports, more than 50,000 people appeared for the event. While Indian media boasted about the success of the event, many of the Indian thinkers shared otherwise overlooked aspects of the events, especially highlighted after Imran Khan-Donald Trump presser, in which the US President was heard extensively praising and lauding Pakistan’s premier.

Prime Minister Narendra Modi left no stone unturned to convince the American-Indian community to vote for President Donald Trump, but the efforts left pale after President Trump’s praise for PM Khan and his retraction on his assertions regarding the joint efforts of India and USA against radical Islamic terrorism.

What do Indian Thinkers say?

As pointed by Indian journalist Rohini Singh, “So we organized an election rally for Trump, chanted his party slogans, advocated he be re-elected, pissed off Democrats in the process only to have him give a ringing endorsement to Imran Khan and Pakistan’s counter-terrorism efforts?”

I understand chaaplusi is an integral part of Indian politics but draw a line when it comes to humiliating Mahatma Gandhi, @DrJitendraSingh. You can try and wipe out his legacy but you can’t throw him out of the minds and hearts of millions of Indians. https://t.co/dM2UD8R5AA

So we organised an election rally for Trump, chanted his party slogans, advocated he be re-elected, pissed off Democrats in the process only to have him give a ringing endorsement to Imran Khan and Pakistan’s counter terrorism efforts?

A complete turnaround by President Trump after a grand display of friendship with Prime Minister Narendra Modi at Howdy Modi event and his disapproval of PM Modi’s aggressive statements against Pakistan, another Indian journalist was forced to call President Trump an inconsistent and unreliable world leader.

Lesson: never get over-excited about Donald Trump. He is unpredictable and changes his views like the weather,” wrote Nidhi Razdan, the executive editor of NDTV.

Lesson: never get over excited about Donald Trump. He is unpredictable and changes his views like the weather.

A frequent critic of PM Modi, Indian analyst Ashok Swain asserted that “A tough day for Modi & his Desi fans after Trump’s somersault – lavish praise for Imran’s trustworthiness, criticism of Modi’s warmongering and once again offering his mediation of #Kashmir dispute”

Rezaul Hassan Lashkar, the editor of the Hindustan Times also questioned India’s bargaining power in India-USA relations since President Trump again reiterated his offer for mediation on the Kashmir issue.

What is impossible to understand is why President Trump keeps raising issue of mediating between India/Pakistan & on Kashmir (even with rider of "if both sides asked me to") when India has made it very clear it wants no third party involvement.

MD Saleem, a member of the Communist Party taking a dig at the Howdy Modi event, called it the disastrous event.

While the majority of the Indians cheered the Howdy Modi event, many of them were disillusioned with the fact that President Trump dominated the event, which was originally organised for PM Modi to address the Indian-American community.

I heard Modiji & Trump both till their last word in Howdy Modi Prog.

In my opinion it was Donald Trump’s election campaign organised & financed by Modiji.

Modiji gathered Indian Voters in US & asked them to Vote for Trump.

PM Modi kick-started an early election campaign for Donald Trump with the Indian community in US. Modi gifted Trump his magical slogan “ #AbKiBarTrumpSarkar “. Expected him to say Trump is #AmericasChowkidar #HowdyModi

Was @narendramodi hired for election campaign of @realDonaldTrump?????
Never seen a Indian PM campaigning for a presidential candidate of an other country. Shame on Modi. #HowdyModi

#ModiJi spoke mostly about #Donald_Trump and even campaigned for him, and #DonaldTrump converted this into an election campaign opportunity. Therefore, it wasn’t really #HowdyModi, rather it turned out to be #HowdyTrump.

The Indian social media users asserted that Indian administration disappointed them since it was not the onus of the Modi’s government to campaign for US President Trump or interfere in another’s country’s electoral process altogether.

In the latest turn of event, Pakistani social media users are mocking a blurry less than a second glimpse of Prime Minister Narendra Modi in American President Donald Trump’s latest video on UNGA released on Twitter. They argued that with the thumping success of Howdy Modi event, and PM Modi a partner in an election campaign for President Trump he stood a fair chance of having a prominent representation as compared to PM IK’s full-fledged appearance shaking hands with US President Trump in the video.

Modi’s India: All Talk and No Bite?

Neither sex nor meat, but only spiritual thoughts are the key to having a healthy baby: Indian...