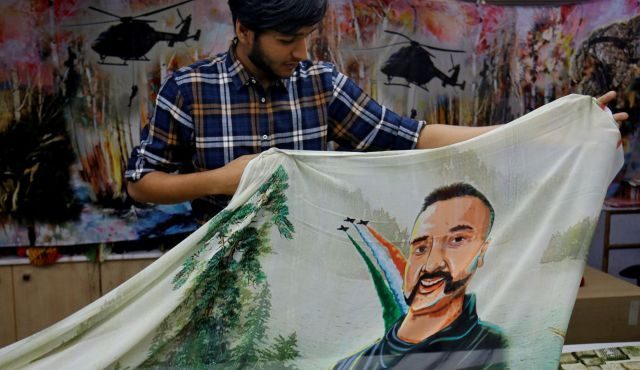 Sources in the Pakistani government, at the highest levels, have confirmed, that Israeli forces had been operating with Indian forces in a desert of Rajasthan – between Pakistan and India, on 27 February, planning to launch missile attacks on Karachi and Bahawalpur.

According to government sources, Pakistani intelligence agencies and the army alerted the government in Islamabad and India was directly told over the hotline that and an equal or stronger counter response would follow from Pakistan immediately. On this, the Indian and Israelis backed off. Sources confirm that despite all tensions, India and Pakistan are maintaining back door communication channels.

Modi’s BJP lost all five states it contested including Chattisgarh which the party has held for the past 15 years.

India launched airstrikes on Pakistan on 26 February, claiming that it was doing so after 40 of its troops were killed in a militant attack in the Indian held Kashmir; responsibility for which was claimed through a video by a Kashmir based Jaish e Mohammad group. However, Jaish e Mohammad group based in Pakistan denied all links with the attack on Pulwama.

Private channel ARY News Anchor Sabir Shakir, have reported that along with Israel and India and another major power is also involved.

Last week famous journalist Robert Fisk reported that the warming relationship between India and Israel and was contributing towards escalating tensions between India and Pakistan. India is Israel’s largest arms client in 2017, paying $700 million for Israeli air defence equipment; this includes, air defence, radar system and ammunition including air-to-ground missiles

In an article published on Thursday 28 February, Robert Fisk argued that in India’s nationalist BJP government and the anti-Muslim sentiment of Hindutva, Israel has found the most natural partner for its own anti-Islamic agendas, and this alliance can be seen in the rapidly increasing trade of arms and advanced weaponry from Tel Aviv to New Delhi.

Jaish e Mohammad group based in Pakistan denied all links with the attack on Pulwama.

Fisk writes, “ For months, Israel has been assiduously lining itself up alongside India’s nationalist BJP government in an unspoken — and politically dangerous — “anti-Islamist” coalition, an unofficial, unacknowledged alliance, while India itself has now become the largest weapons market for the Israeli arms trade.”

He goes on to note that it seems “natural” for two countries that emerged from a colonial partition and felt threatened from their Muslim neighbours to form up alliances to fight the “war on terror” and particularly, join hands to fight “Islamist terror”. Indian general elections which are due to be held in April-May 2019 come at a time when the Modi led BJP government was under extreme pressure for alleged corruption shown in the Rafale deal, for a disastrous demonetization policy and not delivering on its economic policies.

Farmers throughout the country have been hit by a slump in commodity prices and with declining incomes, their protests have included eating rats as well as going on hunger strikes against the government. In the state elections held in the last months of 2018. Modi’s BJP lost all five states it contested including Chattisgarh which the party has held for the past 15 years.

The judiciary is not part of any ‘planning’ or for derailing democracy: CJP