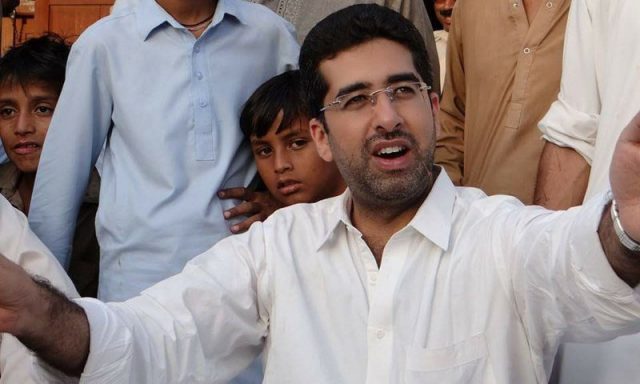 The Minister for Information and Broadcasting Chaudhry Fawad Hussain appealed to the Election Commission of Pakistan (ECP) to take notice of Pakistan People’s Party’s lawmaker’s ‘confession’ regarding horse-trading during the Senate elections. While talking to media persons outside Parliament House, Fawad said that the PPP leader has admitted that his party purchased loyalties of the opposition members and that the ECP should take action on this admission.

The Minister further added that the Pakistan Tehreek-e-Insaf (PTI) did not register any case against anyone, adding that it was only pursuing the cases registered during the previous regimes. The Minister said that politicians are considered as role models in most democratic countries but such attitude of some politicians has earned a bad name for the political parties in the country.

He further said that it was PTI which suspended the membership of its 20 MPAs from the Khyber Pakhtunkhwa (KP) Assembly who was involved in horse-trading in the Senate elections and refused them tickets in the general elections of 2018.

The ECP on Friday summoned PPP leader Taimur Talpur in connection with his admission that a member of the parliament had sold his vote to the party in the Senate elections earlier this year. According to sources, on the fourth day of the post-budget session, Talpur criticised members of the opposition for lashing out at the PPP’s policies.

“They [opposition] are talking about corruption, loyalty, and governance,” he began. “We know about your credibility. I personally know one of your opposition members who sold his vote in the last Senate election. He is still sitting on the opposition benches.” The ECP has summoned Talpur to appear before the commission on October 4.

Moreover, speaking to the media outside Sindh Assembly, GDA and PTI lawmakers appealed to the Chief Justice of Pakistan to take Suo moto notice of Talpur’s speech about horse-trading. “Taimur Talpur has admitted on the floor of the assembly how he and his party have indulged in horse-trading.

To buy the conscience of any politician is a highlight of our political culture. Such practices often lead to denying the people’s will which manifests itself through voting.

There must be action against them,” said Nusrat Seher Abbasi. The PPP’s Asif Ali Zardari has been accused of massive horse-trading during the Senate elections. The PPP managed to win seats from KPK assembly where it did not have the required seats.

PTI leader and former Sindh chief minister Liaquat Ali Jatoi has alleged that PPP leadership had started horse-trading in Balochistan to win Senate seats. Addressing a public gathering at a ground near the railway station in Radhan town months ago, he accused the PPP co-chairman Asif Ali Zardari of using Rs13 billion through property tycoon Malik Riaz for the horse-trading.

For many, the problem of horse trading in Pakistani politics is a clear sign of the extent to which corrupt practices have infiltrated the halls of power. To buy the conscience of any politician is a highlight of our political culture. Such practices often lead to denying the people’s will which manifests itself through voting. Therefore, horse trading causes a widespread disaffection with democracy if left unchecked.

How is BJP’s government weaponizing COVID-19 against Muslims in India?

Modi tells Congress not to give lectures on democracy