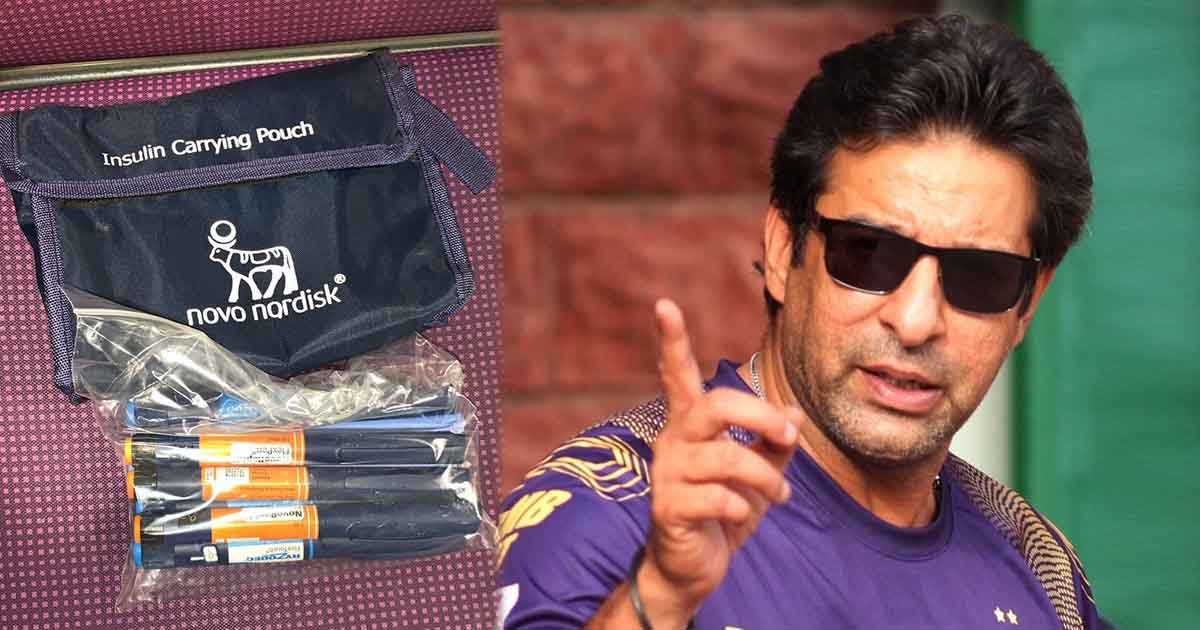 Former skipper Wasim Akram expressed anger over the security checking process he had to go through at Manchester Airport.

Describing the incident, he posted a picture of his insulins and an insulin bag on his Twitter account. In a series of tweets, he wrote about the trauma of being humiliated by the immigration authorities at the UK’s Manchester Airport.

He stated he was rudely questioned about the diabetes medicines in his luggage. Akram said he was “publicly asked” to take his insulin out of its medical cold case and put it in a plastic bag.

People objected that Wasim Akram is an acclaimed sportsman not only in Pakistan but in England as well, representing his country around the world.

The Manchester Airport authority quickly took notice of the incident and asked him to direct message them about the incident. Wasim Akram appreciated their prompt response and assured to get back to them soon.

Hi Wasim, thanks for bringing this to our attention. Please can you direct message us so we can look into this for you?

Wasim Akram felt “very disheartened” because of the incident at Manchester airport. Adding; “I travel around the world with my insulin but never have I been made to feel embarrassed. I felt very humiliated as I was rudely questioned & ordered publicly to take my insulin out of its travel cold-case & dumped into a plastic bag.”

Very disheartened at Manchester airport today,I travel around the world with my insulin but never have I been made to feel embarrassed.I felt very humiliated as I was rudely questioned & ordered publicly to take my insulin out of its travel cold-case & dumped in to a plastic bag pic.twitter.com/UgW6z1rkkF

I do not believe I should have been treated differently from anyone else. I just believe there should be a standard of care when dealing with all people. I understand there are proper safety precautions but that doesn’t mean people should be humiliated whilst undergoing them.

The legendary cricketer garnered support from netizens on social media, as his fans worldwide condemned the incident on Twitter.

People objected that Wasim Akram is an acclaimed sportsman not only in Pakistan but in England as well, representing his country around the world.

Read more: Has Wasim Akram become the Mayor of Karachi?

​Akram was at the height of his career in 1997 when he was diagnosed with Type I diabetes. The player has been on a regular dose of insulin ever since, even during his match days.

This is not at all good..An absolute legend of the game being treated like this is definitely not on. Hope the concerned persons will be taken to task and shown their place. #WasimAkram.

Legend or not . Not even a common person carrying a Medication for a disease should be treated like this

Ayyan Ali’s latest appearance in front of the court