“We are not satisfied with your answer,” CJP tells Shehbaz Sharif 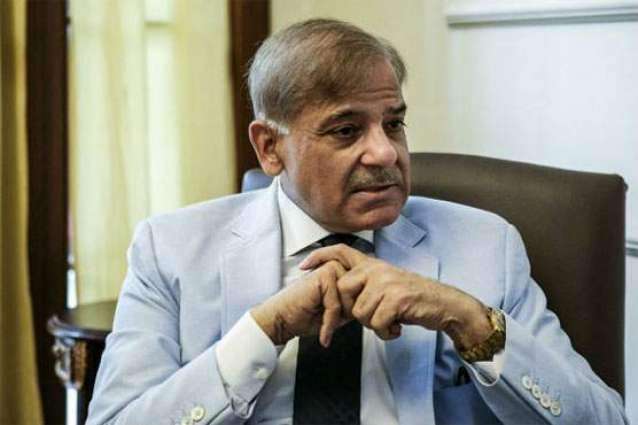 The outgoing Chief Minister of Punjab, Shehbaz Sharif appeared before a two-judge bench at the Supreme Court’s Lahore registry.  The Chief Justice of Pakistan had taken a suo motu notice of the appointment of a retired officer as head of the Strategic Management and Internal Policy Unit on a salary package much greater than that being paid to the Punjab chief secretary.

The CJP on Sunday censured the outgoing Punjab chief minister after he failed to satisfy the court regarding the hiring of and payment of high salaries to the government officials appointed as heads of 56 public-sector private companies.

The CJP maintained that Shehbaz Sharif was responsible for the protection and (to ensure) the right use of national exchequer. But he [SS] failed to perform his duty properly, observed the CJP. “You were a custodian of the national exchequer. On which basis were government officers hired against salaries of Rs2.5 million each?” the chief justice asked Shahbaz.

Seemingly an angry Shehbaz Sharif asserted that he would accept the court’s decision, upon which the CJP responded: “You will have to accept the decision.”

Although Shehbaz Sharif repeatedly told the court that he had no connection with the appointments of the CEO’s of 56 companies. The court, however, rejected his claims.

“We are not satisfied with your answer,” Justice Nisar said.

Seemingly an angry Shehbaz Sharif asserted that he would accept the court’s decision, upon which the CJP responded: “You will have to accept the decision.”

“Not bitten by a rabid dog”

Shehbaz Sharif was not happy to appear before the court. He angrily said that he had not saved billions of rupees of taxpayers money because “he had been bitten by a rabid dog”. The CJP responded by saying that “he [CJP] did not know what had bitten the ex-chief minister, and that such language did not suit Shahbaz”. The court also warned Shehbaz Sharif for his language.

Later on, Shahbaz Sharif sought a pardon for his language and agreed that the Punjab Saaf Pani Company had not provided water to the people.

Outgoing CM also said that the government had rescued itself from a Rs70bn fraud in the water company and that he had saved Rs160bn in power projects.

Shehbaz Sharif claimed that he was not involved in any corruption case. “You can give me whatever punishment you like if corruption of a single penny is proved against me,” Shahbaz said.

At that point, Justice Ijazul Ahsan quoted the National Accountability Bureau’s (NAB) findings which suggested corruption in all 56 companies.

Shahbaz, however, challenged the findings and said that the bureau should show the evidence if it has any.

Punjab Government Not Cooperating with the NAB:

“Despite the passage of nearly three months, most of the 56 public companies accused of massive corruption have not yet submitted all their records to the bureau,” he said, adding that NAB had not received the complete records of Metro Bus Multan and Ashiana-i-Iqbal Lahore projects, even though NAB had specifically requested them.

The general elections in Pakistan are going to be held on 25th July, 2018. The appearance of the outing Chief Minister before the apex court and his inability to satisfy the court will impact the elections for the PML-N. The NAB is serious to bring the case to its logical conclusion and the CJP is certain to determine who gave taxpayers’ money to the CEOs and the reasons behind it.

Was Maryam Nawaz’s bullet-proof vehicle targeted by a sniper?

Jared Kushner: The quiet man at the White House table