Taliban have categorically rejected war-mongering reports circulating on social media. The spokesperson assured that the Taliban do not interfere in domestic affairs of any state while maintaining that India has always played a negative role in Afghanistan. India supported traitors in the country. Read this report to understand the challenges for India in Afghanistan after the US withdrawal. 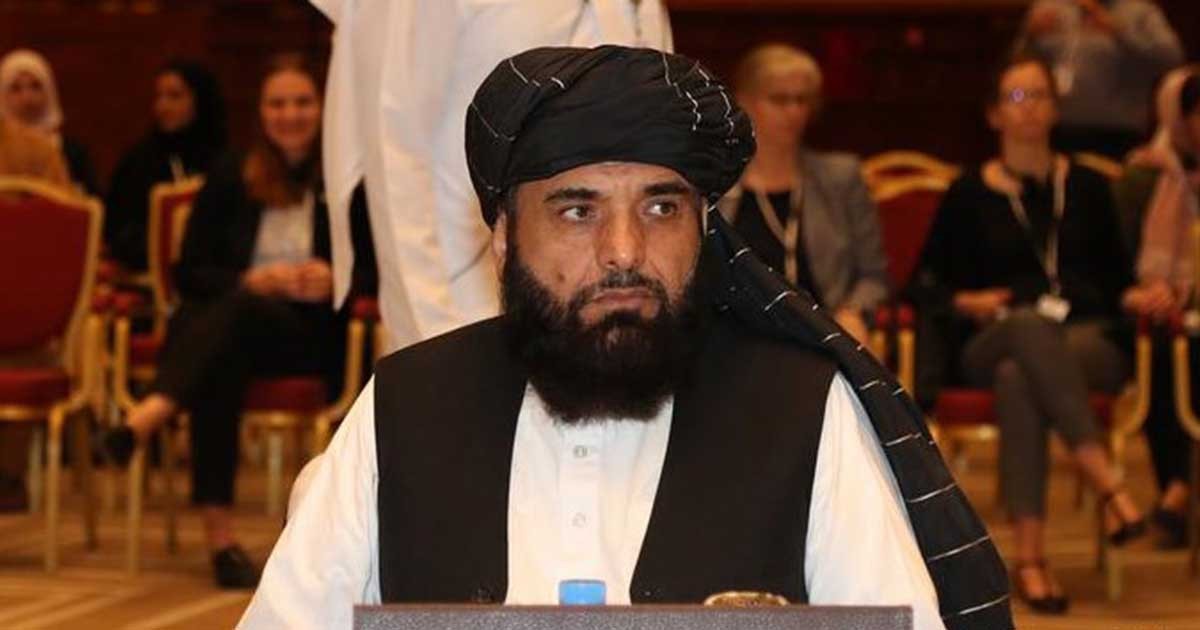 Suhail Shaheen, a spokesperson for Taliban, has clarified that Islamic Emirate respects the sovereignty of every country. He took to Twitter and said: “The statement that has been circulated in certain media regarding India does not belong to Islamic emirate. The policy of Islamic Emirate regarding neighbour states is very obvious that we don’t interfere in the domestic issues of them,” a tweet from Shaheen clarified.

The Taliban spokesperson has rejected some recent reports which claim that the Taliban have plans to attack India. Taliban have always been vocal on the matter and maintained that every state’s territorial integrity must be respected.

However, it is important to note that Sher Muhammad Abbas Stanikzai, the chief Taliban negotiator, on Sunday said that India has always supported traitors in Afghanistan.

“India has always played a negative role in Afghanistan. India supported traitors in the country,” Stanikzai said in an interview today, according to Hashim Wahdatyar, a former director at Institute of Current World Affairs.

"#India has always played a negative role in #Afghanistan. India supported traitors in the country." pic.twitter.com/y36lHxPLZM— Hashim Wahdatyar (@HashimWahdatyar) May 16, 2020

India has repeatedly been accused of using the Afghan soil to destabilise its archenemy Pakistan. It has also been investing massively in minority ethnic groups against the ethnic Pashtun majority in Afghanistan due to their Pakistan-leaning.

India has a mounting diplomatic challenge as the Taliban, which New Delhi has despised, appears to be making a comeback to Kabul’s power corridor. It is worth recalling that India was forced to escape Afghanistan after Taliban assumed power in Kabul on September 26, 1996. After almost a period of five years, in November 2001, a plane carrying a small delegation of Indian diplomats landed in Bagram airbase, north of Kabul.

According to a report, India has cultivated a strong relationship with successive Afghan governments, investing heavily in the development and infrastructure of the war-ravaged country, with the total aid of nearly $2bn since 2001, the largest that New Delhi has contributed to any nation.

However, the country was not been active during the Afghan peace talks between the Taliban and the US where Pakistan played a decisive role. Analysts believe India’s policy has not been a success to build a strong, sustainable relationship with Afghanistan.

Kabir Taneja, a security analyst and a fellow at the Observer Research Foundation believes that “New Delhi has backed Afghanistan’s democratic system, and put its weight behind the presidency of Ashraf Ghani. However, even as an expected actor in an event such as talks with the Taliban, New Delhi, unfortunately, built limited capacities over the years for its opinion to be strong enough to be a by definition regional player in helping Afghanistan politically.”

“India’s Afghan outreach, that of developmental aid, people to people contact and so on relied on the security cover provided by the US and its allies. With that gone, the policies of New Delhi will need a serious re-visit,” Taneja pointed out.

Hekmatullah Azamy, deputy director at the Centre for Conflict and Peace Studies in Kabul, said India will have to undoubtedly start a dialogue with the Taliban. “It also needs to be seen if the Taliban will be open to talking to them,” he said.

“Taliban’s relationship with Pakistan and militant groups in the region will have a huge impact on the future of India in Afghanistan,” Azamy said, adding that while Taliban in the 1990s was far more independent of foreign influence, they still leaned towards Pakistan on policies related to India.

“Even in the best of scenarios, it is unlikely that the Taliban would be open to working with India. For instance, the Taliban may not want the army cadets to be trained in India,” Azamy said.