We release Indian prisoners, they torture ours to death: Why is Pakistan silent? 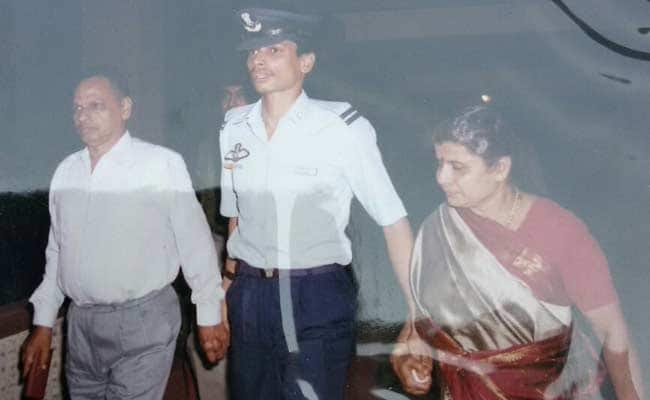 When India can cook up stories against Pakistan and launch propaganda, why Pakistan does not wage counter information war based on facts? It is a fact that for the third time a Pakistani prisoner was beaten to death in Indian jail in 2019. If Pakistan government does not respond properly to condemn India internationally for this heinous crime, it will be an opportunity wasted foolishly.

According to media reports; A Pakistani fisherman, identified as Noorul Ameen, was tortured to death on 29th March by Indian jail staff. On Friday his funeral prayers were offered in the Korangi area, Karachi after his body was handed over to Pakistan on Thursday night. When his body was transported to his hometown, people, including his relatives and neighbors, raised anti-India slogans and expressed their anger.

If Pakistan government does not respond properly to condemn India internationally for this heinous crime, it will be an opportunity wasted foolishly.

He was captured along with other fishermen by the Indian coast guards in 2017 when the fisherman’s barge entered India’s marine limit by mistake. He was killed days before his release. In February, Shakirullah Ilyas, another Pakistani national was stoned to death at India’s Jaipur Central Jail in Rajasthan by three fellow inmates. The brutal stoning occurred as a result of India-Pakistan standoff after the Pulwama attack and escalation at the Line of Control.

Mentally challenged Shakirullah was arrested on charges of espionage after he mistakenly crossed into Indian Territory. Prominent Social worker Ansar Burney, Pakistan Fisherfolk Forum (PFF) Chairperson Muhammad Ali Shah and a large number of fishermen attended the funeral. Speaking on the occasion, Ali Shah said that around 150 Pakistani fishermen were imprisoned in multiple jails of India but India mischievously had only confirmed 98.

He further said that India was violating international law. The PFF chairperson Ali Shah said that a judicial committee had been established between both countries but Pakistan had not nominated its four judges of the judicial committee since 2013. Why Pakistan has not nominated its four judges? He further asked; “We appeal to the government of Pakistan to investigate the incident by creating a judicial commission,” said Ali Shah, adding that a protest in this regard would be held outside Karachi Press Club on 10th April.

Shakirullah Ilyas, another Pakistani national was stoned to death at India’s Jaipur Central Jail in Rajasthan by three fellow inmates.

Ansar Burney said that India was causing harm to Pakistanis imprisoned in its jails. Three Pakistani fishermen have died in 2019 so far and further information has been received that one more fisherman was killed in India. In a Facebook message on 3rd March, 2019; Ansar Burney said; “Indian Navy killed Pakistani fisherman Ghulam Rasool. Ghulam Rasool was martyred by Indian Navy when he was fishing in open sea on 5th February while three other fishermen got serious injuries”.

The problem of Pakistanis being murdered in Indian jails is a colossal affair. Release of prisoners is considered as a gesture of ease in a tense relationship and a step forward to empathy and the establishment of peace in the region. Pakistan must condemn India’s behavior towards Pakistani prisoners which is in complete violation of international law. Pakistan’s response has always been in a forthcoming gesture in releasing Indian prisoners compared to India’s response.

Yesterday on 5th April, Pakistan Foreign ministry again announced that Pakistan will release 360 Indian fishermen in an attempt to ease tensions in between India and Pakistan. Ministry spokesman Mohammad Faisal told reporters that the Indian prisoners will be released in four batches starting in the next few days. “Pakistan has decided that 360 Indian prisoners — 355 fishermen and five civilians — who have completed their term of sentence, will be released,” Faisal said. “We hope that India will reciprocate this,” he added.

Read more: India & Pakistan: Narratives of the ‘Evil Neighbor’ a threat to…

This move appreciable on the part of Pakistan as it always seeks to restore peace with India but it must be coupled with the moves to condemn India internationally. The murder of Pakistani prisoners in Indian jails is in violation of UN Human Rights articles. Pakistan must not forget that India is waging an information war against it for two decades. India does not leave a single opportunity to cook up stories against Pakistan and hurt its image internationally. When Pakistan will learn to capitalize on issues which can be used to counter India’s propaganda against it?

Sabtain Ahmed Dar is pursuing his M Phil in International Relations from Department of Political Science, Punjab University. His area of study is Israeli geopolitics and he has written a thesis titled ‘The Clash of Islam and Zionism: The final clash before the End of History’. The views expressed in this article are author’s own and do not necessarily reflect the editorial policy of Global Village Space.

1 in 9 men develop prostate cancer: But if you know this you can save yourself